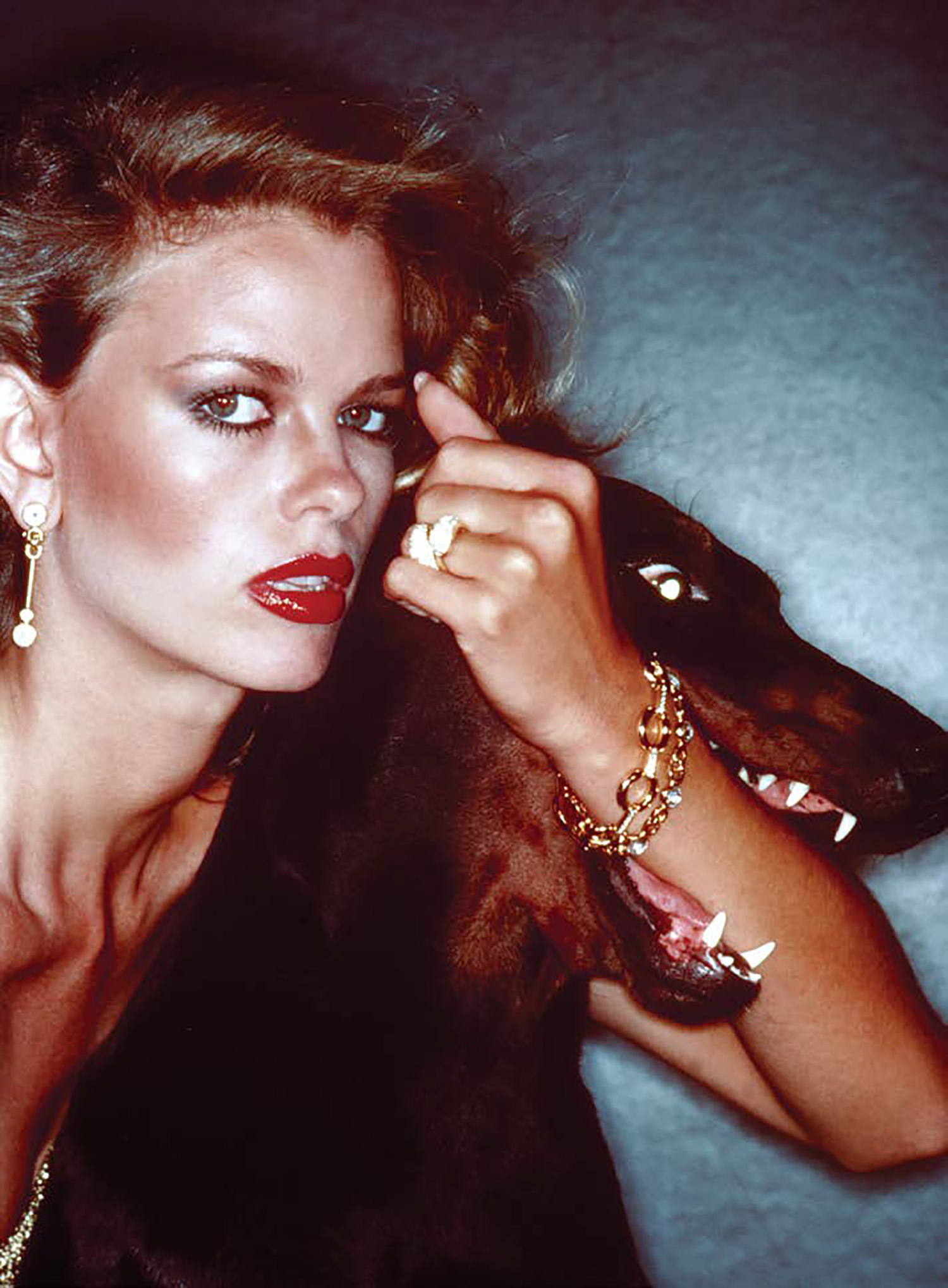 Outtake from Christian Dior advertisement, 1976, “Fetching is You Dior,” Lisa Taylor and Whiskey

“We sort of fell into it,” explained New York’s PR powerhouse duo, Roger & Mauricio Padilha, “We have always loved Chris von Wangenheim’s work, but other than seeing his work in vintage magazines, there was no outlet to fully appreciate his body of work.”

Inevitably for von Wangenheim, the memory of he and his work slowly faded from the fashion scene shortly after his death in 1981. Decades later, von Wangenheim is back in the spotlight with Gloss, a provocative new book by brothers & business partners, Mauricio & Roger Padilha. Gloss is the third photo essay book by the Padillha brothers, who have similar works on other fashion world visionaries. It is an extensive photographic journey, featuring over 200 images of artist’s published, unpublished, and personal work. It also includes a collection of evocative interviews with some of his favorite subjects such as the iconic photo of model Lisa Taylor, being fashionably mauled by an equally dashing doberman pincher.

When photographer Chris von Wangenheim died at the age of 39, he was on course to becoming one of the most emblematic photographers of the 70s art and fashion worlds. Along with his contemporaries, Helmut Newton and Guy Borden, von Wangenheim transcribed the hedonistic cultural mood of the times into gorgeous photographs that pushed the boundaries of art and fashion. His work included advertising campaigns for fashion heavy-weights like Dior & Valentino, as well as iconic fashion editorials for Vogue, Harpers Bazaar, & Interview.

From Bianca Jagger to Jerry Hall, von Wangenheim’s subjects were always as prolific as how he chose to envision them. Skimming through Gloss, the reader is bound to encounter such enigmatic imagery as Gia Carangi’s nude body suggestively juxtaposed behind a chainlink fence or the iconic photograph of Grace Jones mounting a taxidermy leopard.  Along with the glamour, disco, sex and drugs of the 70s, they were also violent times. Cars vandalized and set ablaze were real-life backdrops to a rising number of murder cases plaguing the city of New York. Von Wangenheim’s work was a titillating fusion of fashion glam with the grit of the Nightly News. The result elevated the commentary of the images and branded them with edge, mesmerizing his clients and fans with an exhilarating shock factor. 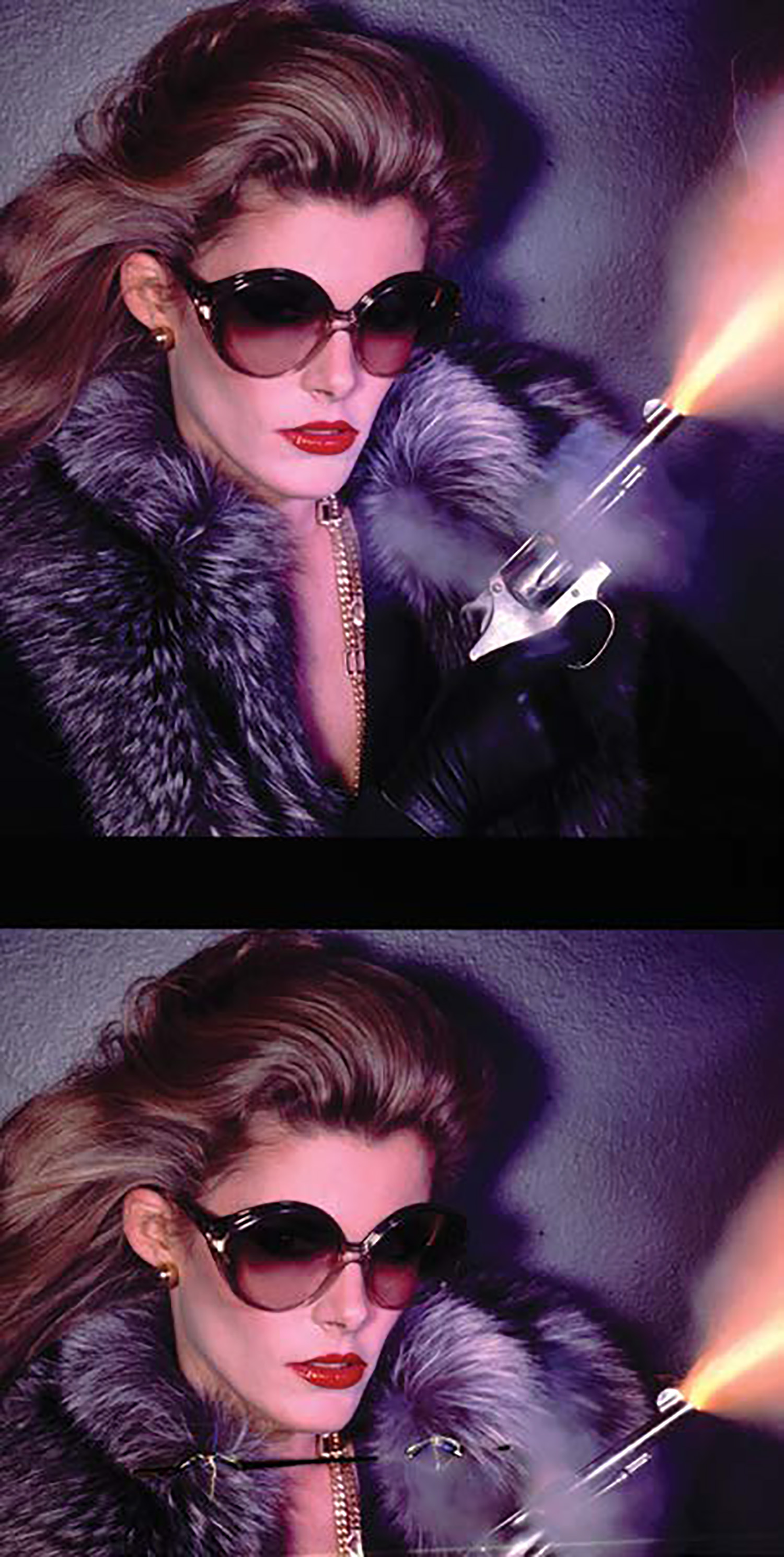 “Chris moved to NYC in the late 60’s and assisted a lot of photographers such as James Moore before venturing out on his own. We’d say that the primary inspiration behind his images was NYC itself. His photography captures the grittiness, violence, danger, and glamour of New York throughout the 70s,” explains Roger.

“It was so sexy, dangerous, and always had a cool narrative,” says Roger, about his and Mauricio’s discovery of von Wangenheim, when they were teens living in Long Island. The narrative element of the images piqued the brothers’ imaginations as they’d leaf through Vogue Magazines.

Despite fashion being the medium, “He cared more about the women and the direction of the images than he did about the fashions of the time,” say the brothers, “Our main goal is to always spotlight artists who were super influential but never got their due. So much of contemporary photography owes a great debt to Chris and when future generations look at work that they feel is new or exciting, we want them to know where it comes from and who did it first.”

What was your intention in creating Gloss : The Work of Chris von Wangenheim ?

We have always loved Chris von Wangenheim’s work but other than seeing his work in vintage magazines, there was no outlet to fully appreciate his body of work. As he died at such a young age
and his archives were unattended to, Chris (or any absence of a celebration of his work after he passed) became an enigma in the fashion world. This mystery, coupled with truly extraordinary photographs and a continuing fascination with anything to do with fashion in the 1970’s were all the elements we thought could make a fascinating book.

Did you decide to use Chris von Wangenheim as a book subject organically or was it a calculated process that happened over time?

All of our books happen organically through our interests. If we were more calculated, I suppose we’d pick a subject that had a guaranteed massive sell through. It’s a lot harder to market a book on a forgotten artist than it is to market a book on one of those housewives on TV! But if we aren’t fans of the subject matter initially, we just can’t spend a few years of our lives writing a book about it. 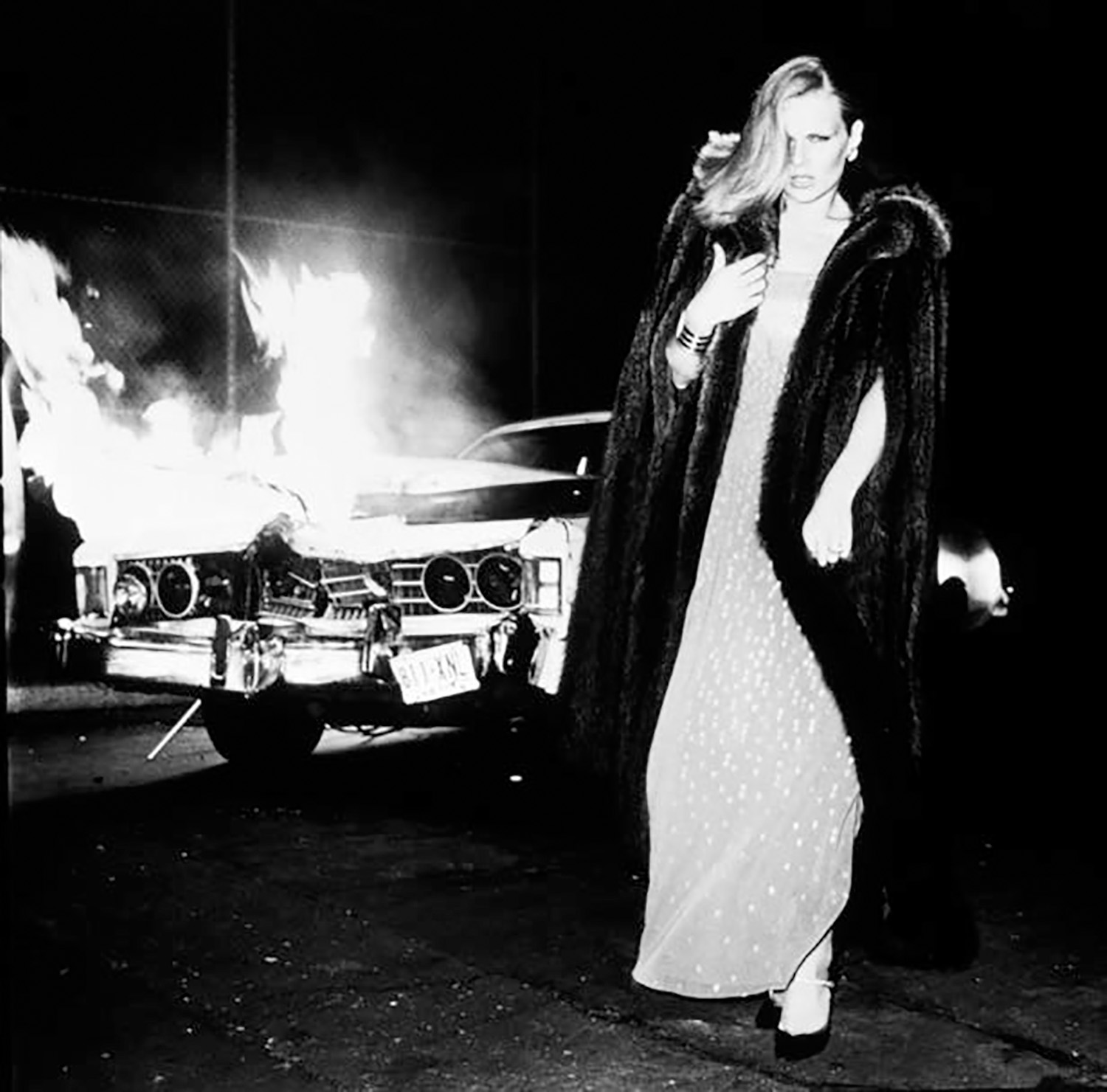 How did you find a starting point to sort through the tons of archives and what was your editing process in selecting the final images to publish in the book?

We always know what we want to include in our books. We are the subjects ultimate fans so we approach selection of images to reflect what we, as fans, would want to see in a monograph on our favorite artist. So many times we see books on artists we admire and disagree with what the authors might choose to include or the order or classification the images are in.

How extensive was his archive?

Not very. as his death was sudden, he didn’t really organize them to leave behind as a body of work the way an aging artist might. Also, the archives were spread apart between many different parties so there was a lot of investigation work done on our part to make sure we saw the best and most important work to include in the book.

What is your goal for the reader to take away from the publication?

Our main goal is to always spotlight artists who were super influential but never got their due. So much of contemporary photography owes a great debt to Chris and when future generations looks at work that they feel is new or exciting, we want them to know where it comes from and who did it first. 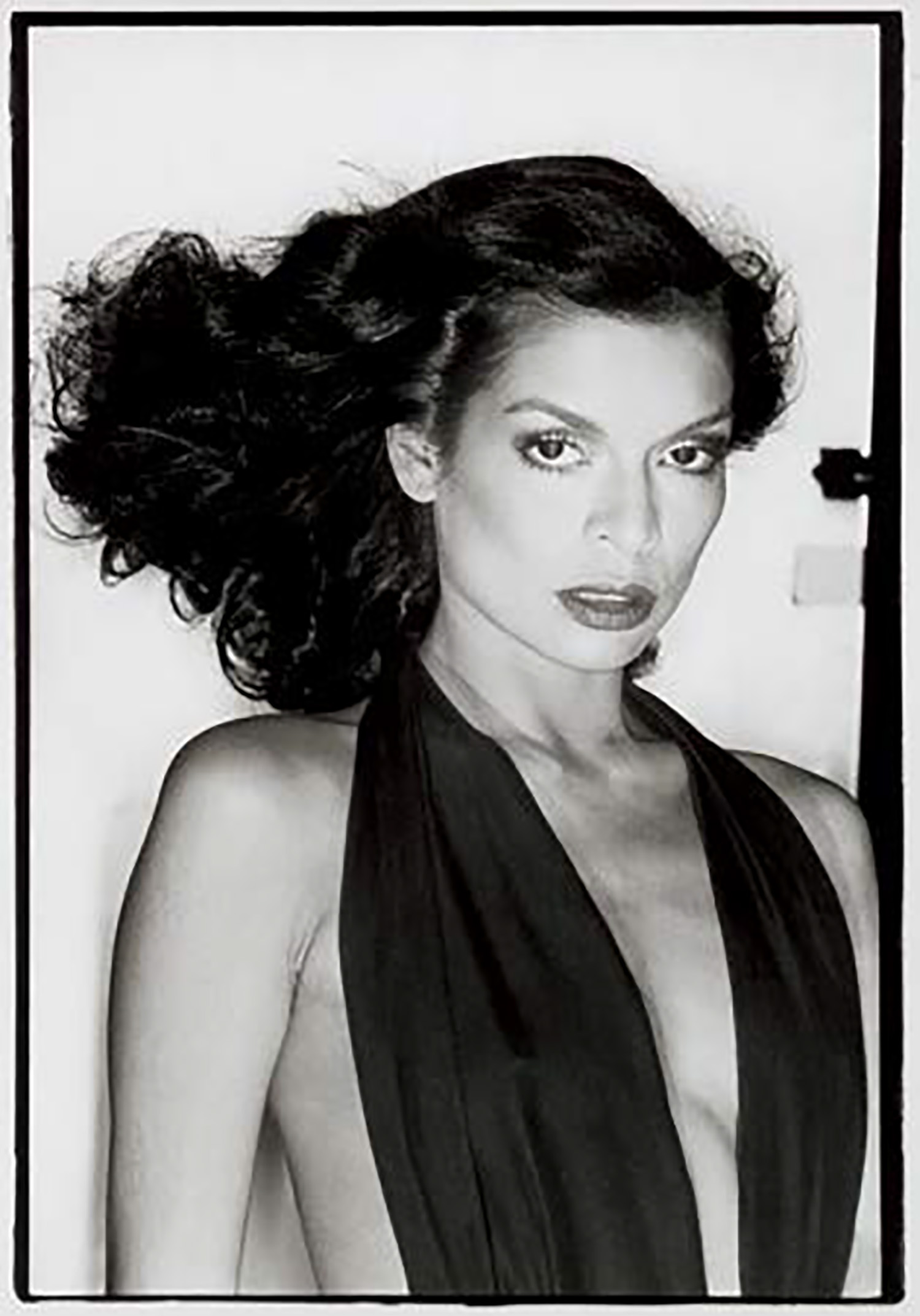 Unpublished image of Karen Bjornson and Whiskey Circa 1977

All photo courtesy of MAO PR | Text by Matt Bell