Rebellion, power, and the allure of beauty and spectacle. I wanted to explore the relationship between the excessively opulent, the rebellious spirit, and the bewitching attraction of beauty. From the tale of Narcissus to the advent of the selfie, beauty has been a part of the psyche since the dawn of time and shows up everywhere we turn. The binaries of ugly and beautiful, submissive and rebellious, dull and glamorous, weak and powerful, male and female. I explore these extremes with references to Studio 54, the punk movement, and Imelda Marcos along with personal touches from my own life and point of view. 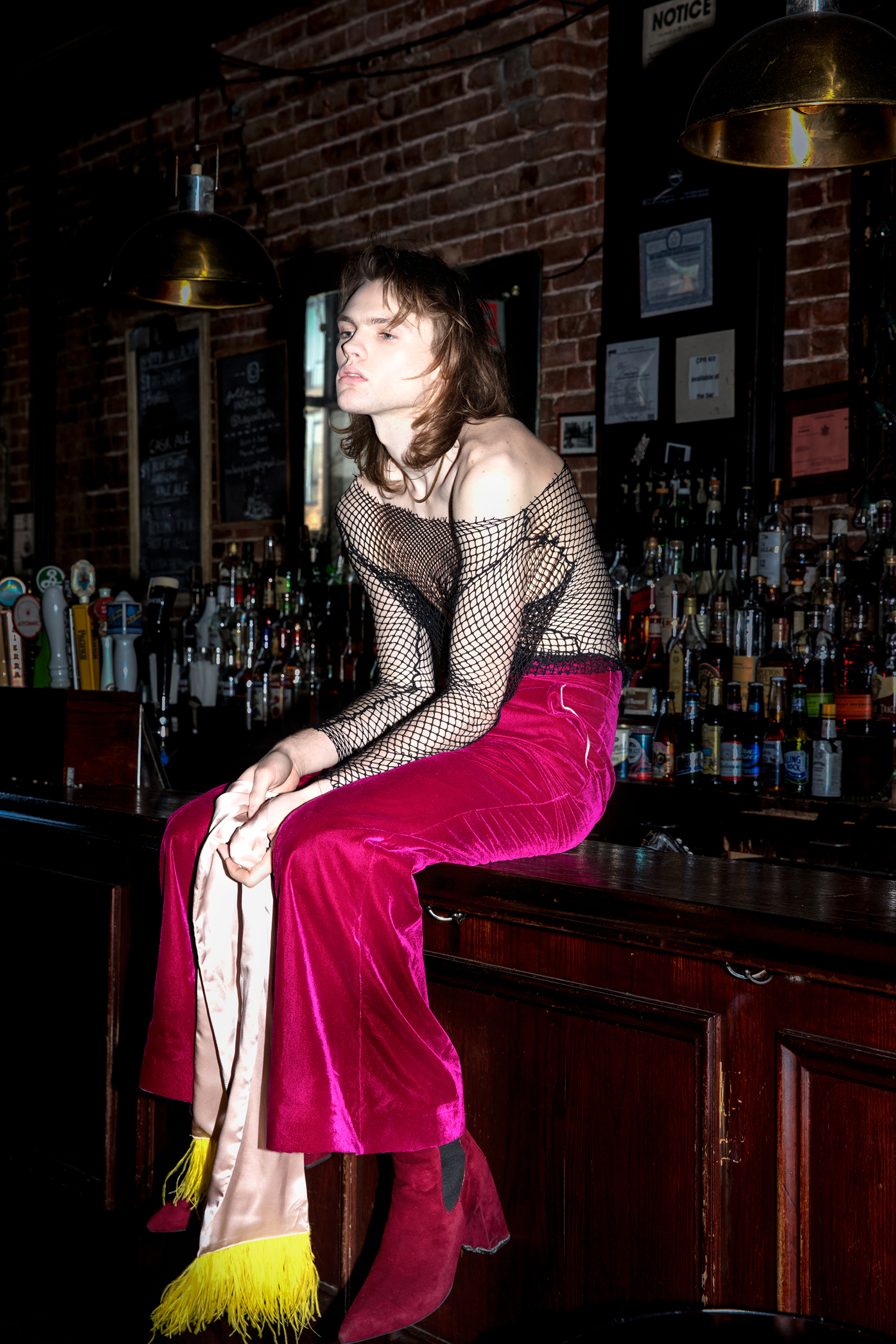 My research began with a look into the life of Imelda Marcos and her own personal construction of identity as well as the way she was viewed by the public. I wanted to tell her story, but through my research I realized that her story was just an allegory for the struggle of great, but controversial, women in history. Her’s is a perverse brand of feminism. Growing up Imelda wanted stability, respect, and power, and her whole life was directed towards those objectives. By using her beauty and her manipulative intelligence, she was able to marry Ferdinand Marcos and become what many regard as the second most powerful person in the Philippines at the time; an unofficial title that many First Ladies never have. However, in the lens of history, she is only remembered (though still presently living) as an icon of excess, conniving greed, and beauty. Her mark on history has been flattened, much like Marie Antoinette, as a one-dimensional character who brought down her husband and the country’s economy through vanity and sneakiness. 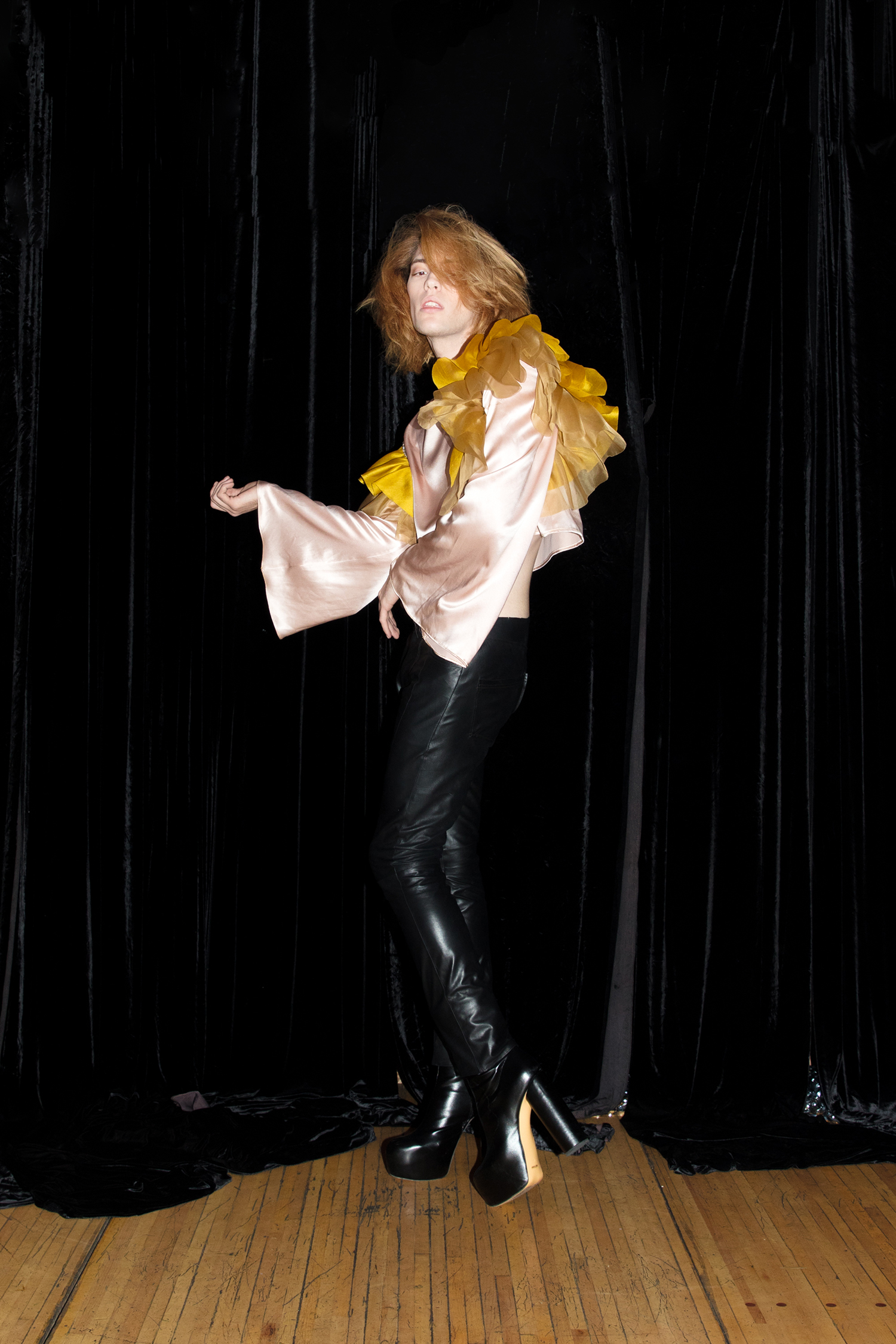 Women throughout history are seen as either the madonna or the whore. Women do not have the privilege of men in that they cannot be both good, evil, and everything in-between. There is a reason that in fairy tales the princess is virginal and pure of heart, and the witch is ugly, greedy, and prone to trickery. Through my thesis I wish to explore this identity construction. In her own personal history, Imelda made up certain facts in order to appear more lavish and important, and she purposefully acted out against tradition in order to stand out and garner power through other’s perception. Siouxsie Sioux, Madonna, Diana Ross, Bianca Jagger, and many other women of the 70’s and 80’s also rebelled through through their beauty and sartorial choices. There is an inherent power in the way we represent ourselves, and my thesis is about the dynamics between beauty, excess, power and subversion through spectacle. 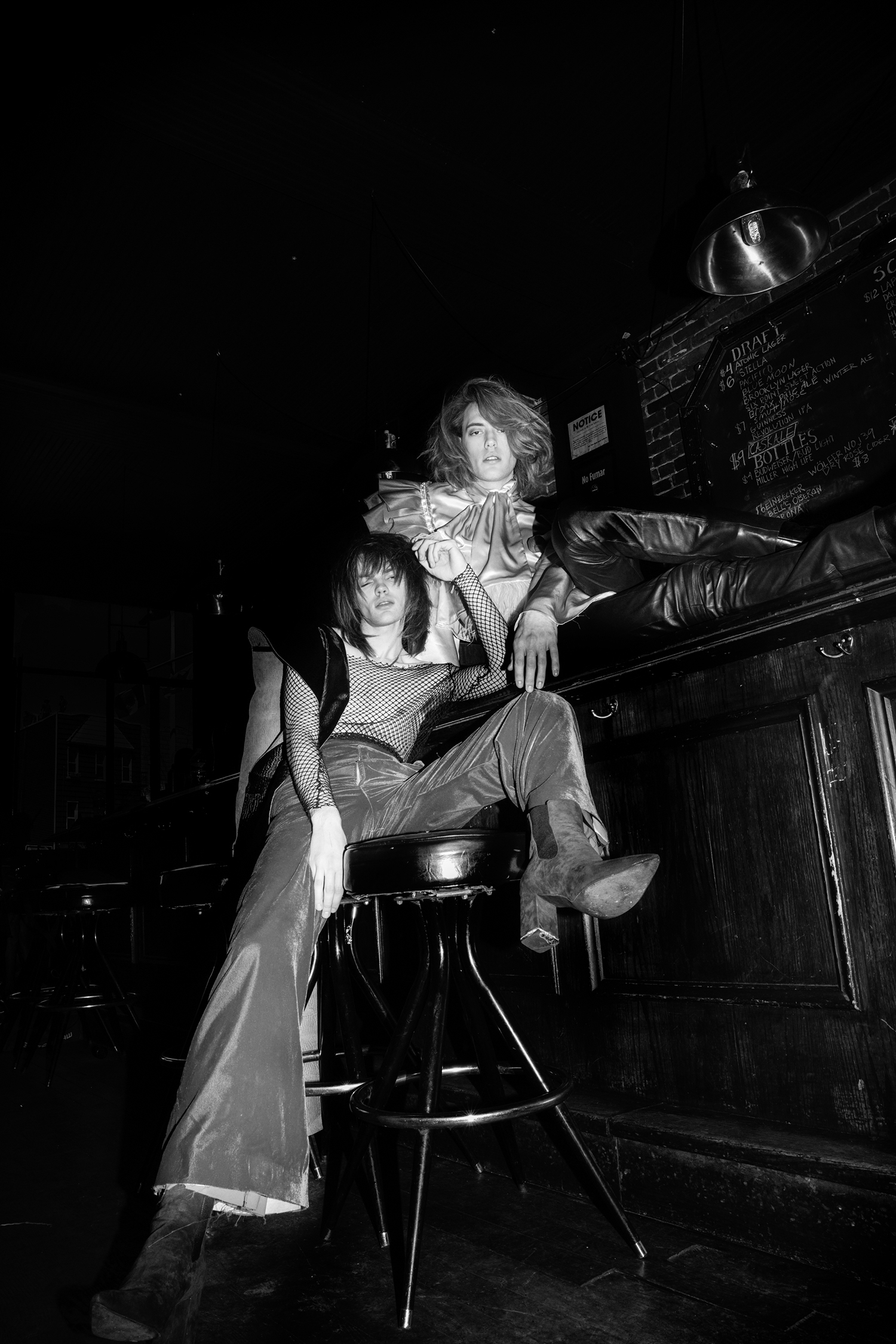 The idea of glamour comes up in my personal life as well as in the qualities of humanity that I am interested in. There is no interest in reality for me, but only for glamorized reality tv and the absurdity that comes with such excess. The 1970’s and 80’s were rife with excess, as a sort of rebellion against the conservative government in the US and the difficult economic times. We are living in a similar need for glamorous living with the Trump presidency, the defeat of progression and womanhood, and the possibly dystopic, dark future ahead. I predict a resurgence of subcultural escapism and glamorous, surreal nightlife, art, and general creativity. 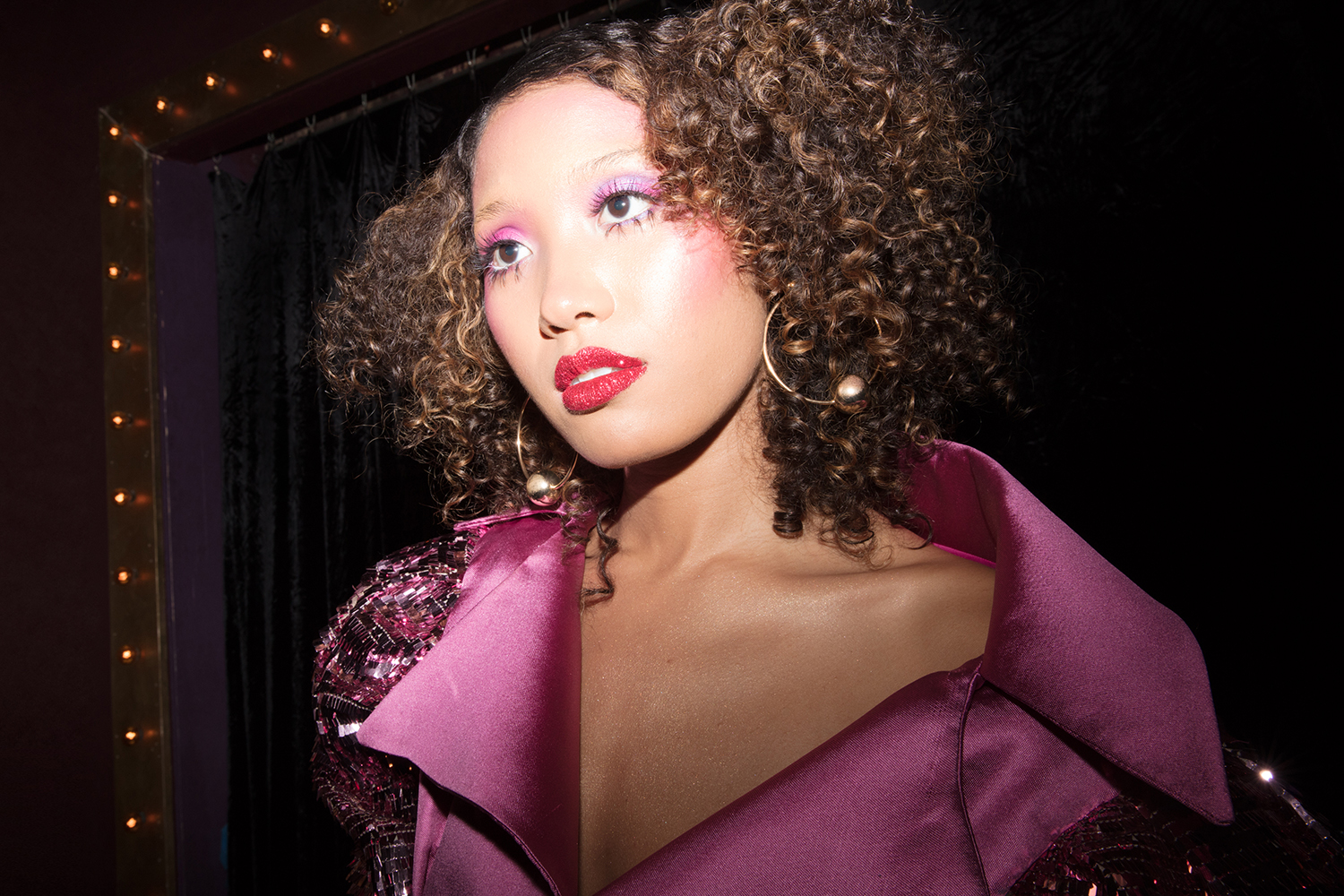 The idea of a rebellion in gender is what interests me most, from cross-dressing to gender-fuck and drag, I explore how people have used their clothing in order to subvert and draw attention by making others uncomfortable, and in turn, making one’s self feel more powerful. The punk movement used violence and gender to rebel, and many other forms of rebellion use clothing in order to convey their message, as it is the most powerful form of expression. Clothing tells a story, and one’s appearance can attract or repel others to that story. 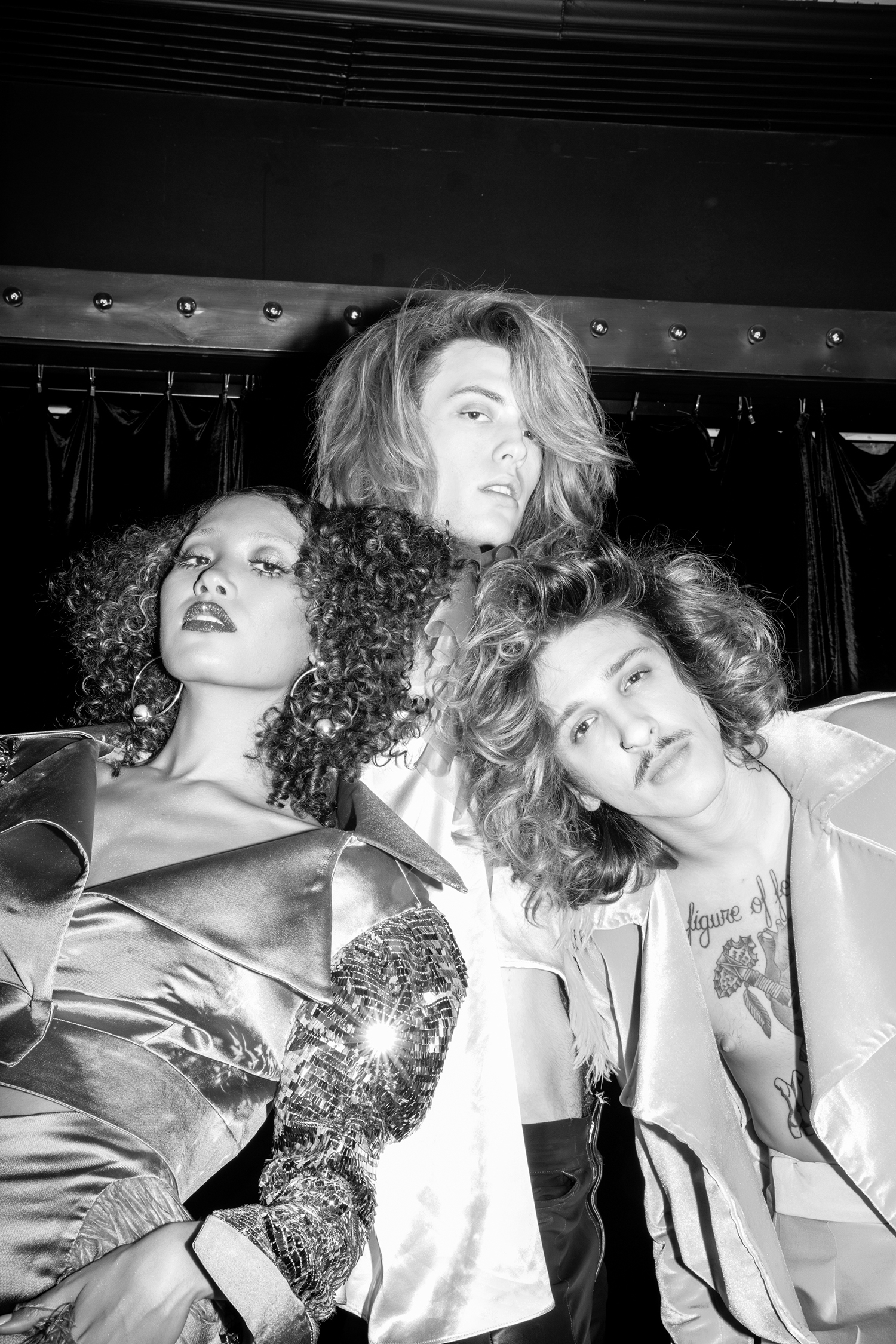 The ultimate goal for many people is to be beautiful. Beauty is an enigma. A combination of financial privilege, genetics, attitude, and good-timing. There is a power in beauty that is hard to pin down. One feels powerless under the gaze of others, yet simultaneously one can get an intense satisfaction from that recognition which in turn makes one hungry for that same attention and validation. The power of beauty, whether it be the sirens of Greek mythology who led sailors to their death in a transfixed stupor, or Kimberly Kardashian’s selfie book, is an ever twisting and mythical ideal. We all strive to have power, and beauty is just another route to power. 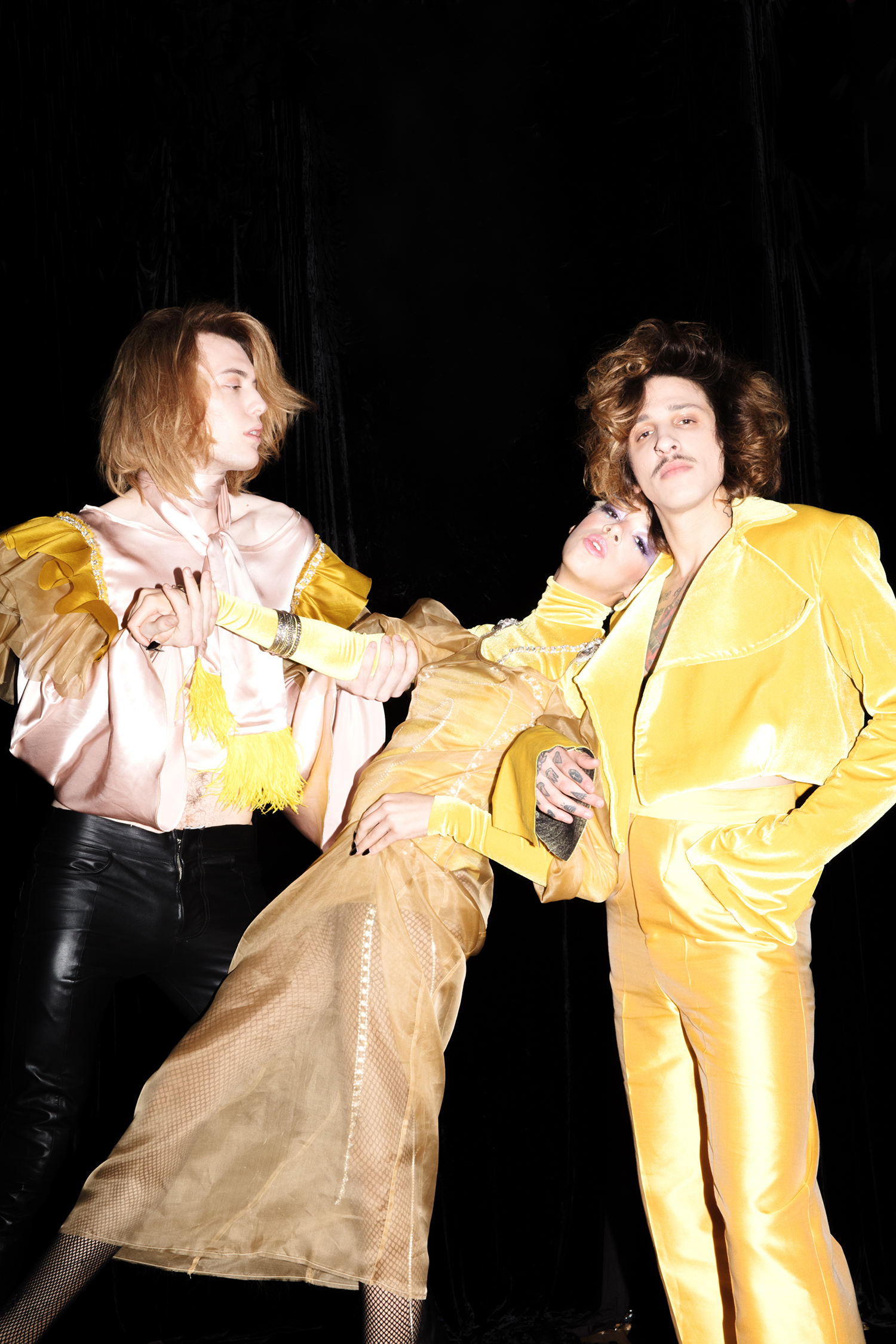 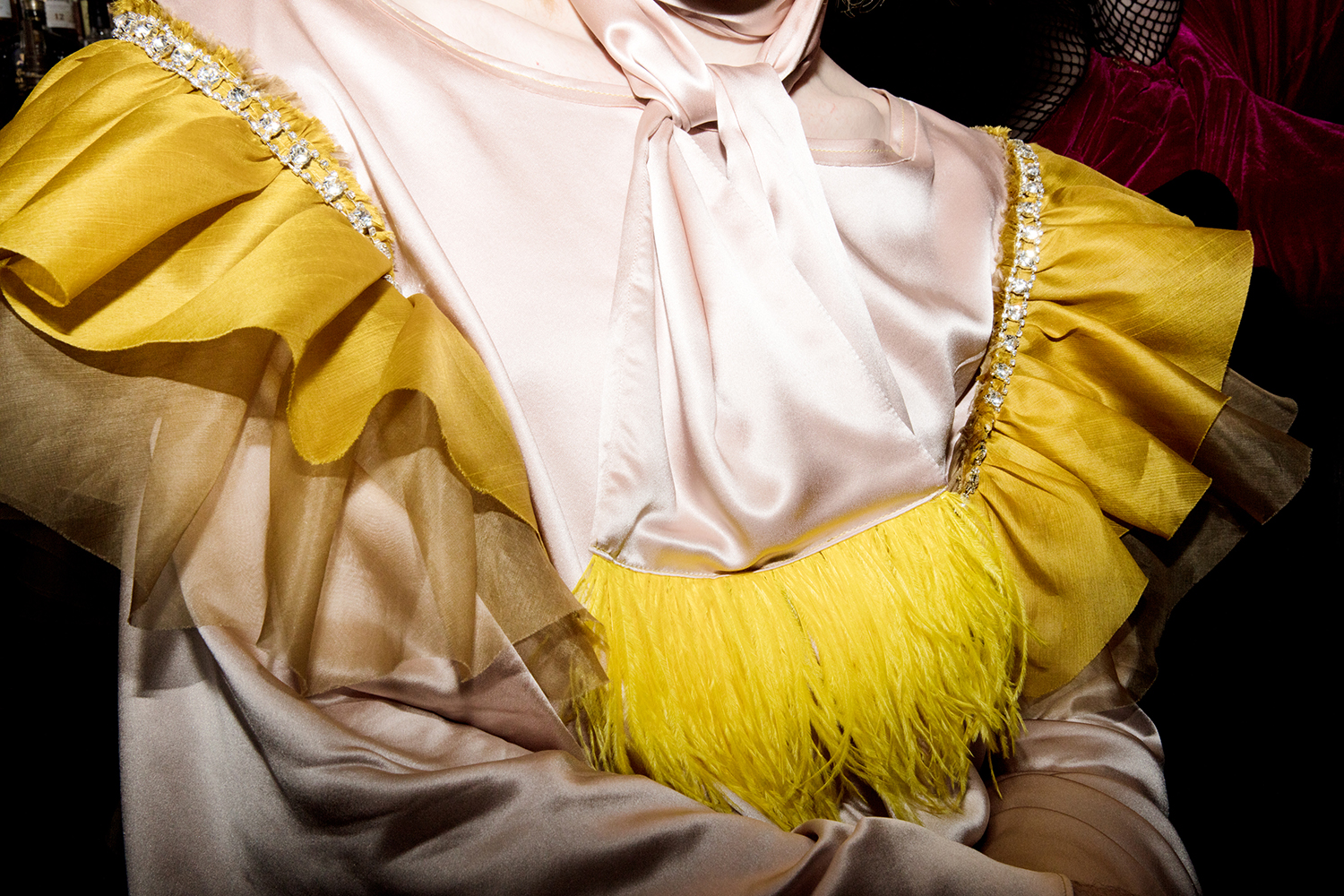 Ultimately, that is my thesis synthesis. Power: what it means to each individual person, and what it can provide for them. Power is just another word for validation and importance. If you assert dominance over another person you proved your importance and you prove that your life means something and has affected change. Imelda sought power by marrying a powerful, wealthy man and sharing in that wealth and power, however her greed became her undoing. It is a classic trope of  hero’s journey: hubris leads to eventual demise. The punk movement was a grasp for power and validation as well. By subverting mainstream culture one proves their own identity as being individual and important. Punk says “fuck you!” to all accepted notions, and like all subcultures, garners attention from the mainstream and affects change. Studio 54 and the glamorous years of disco had a similar effect in terms of garnering attention, and it shared in a decadent hedonism that the punk movement paralleled. 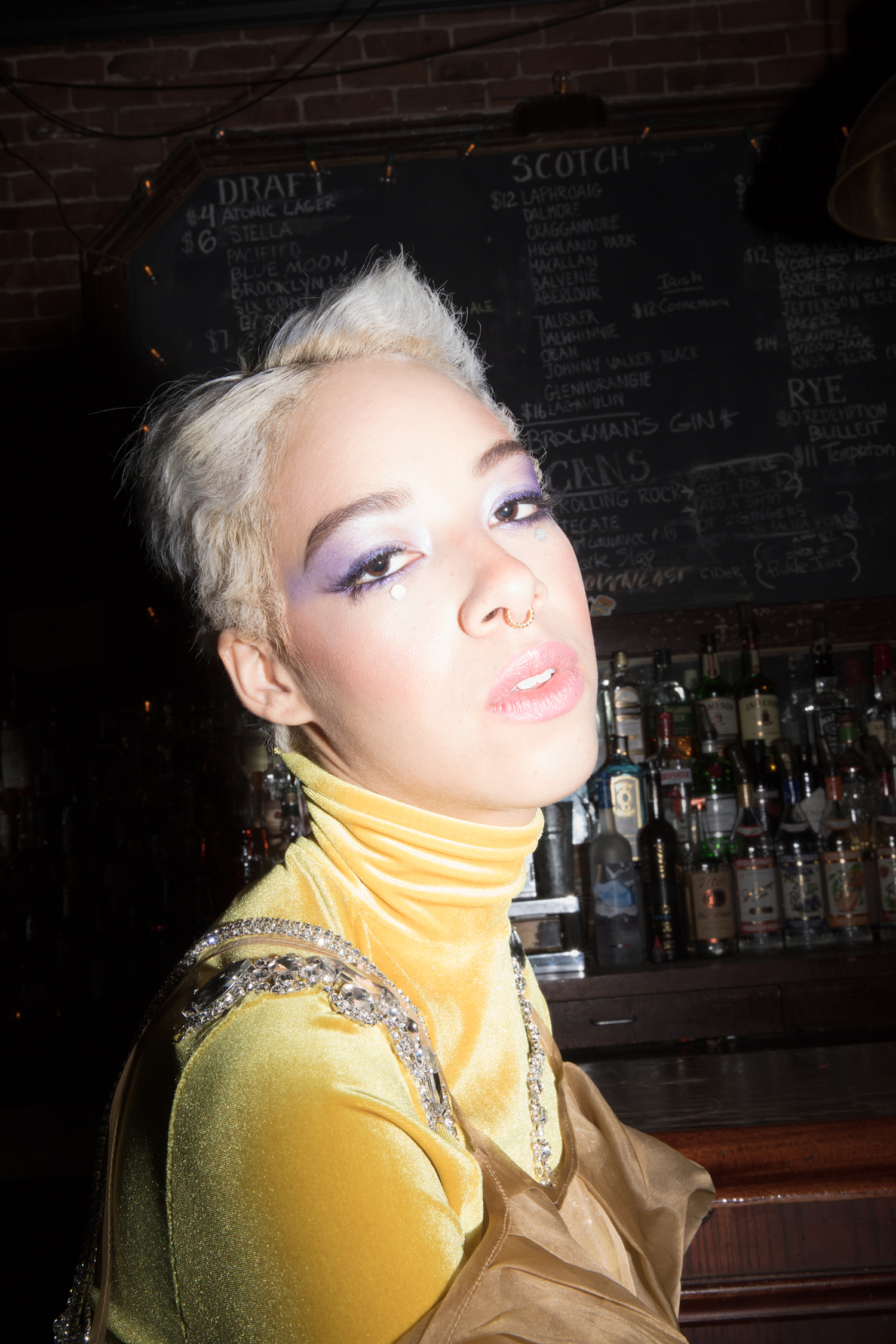 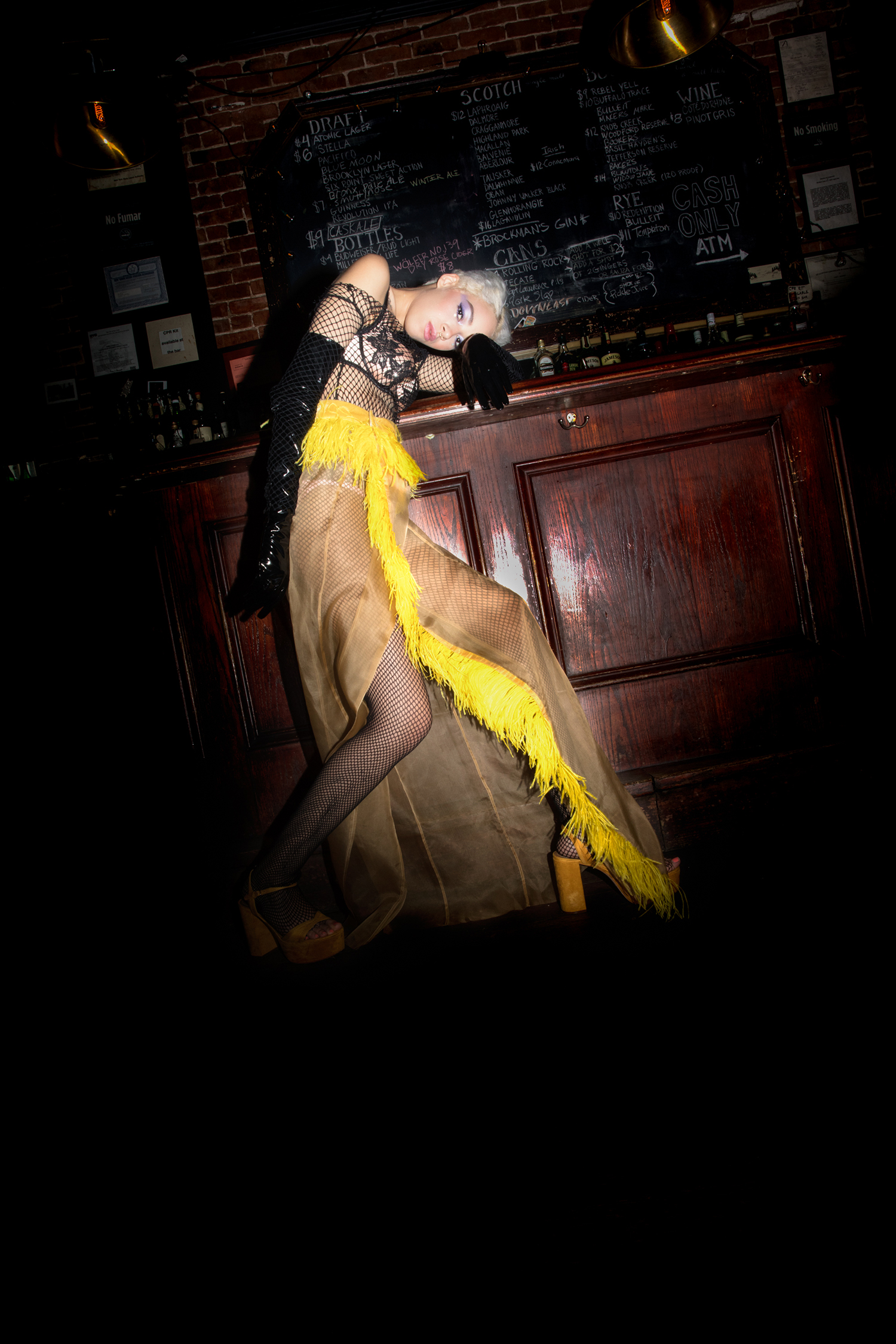 In the movie Basic Instinct, starring Sharon Stone and Michael Douglas, Dr. Beth Garner warns that the anti-hero, Catherine Tramell, is brilliant and evil. When I first saw this movie, this scene of over-acting really resonated with me because it highlighted the dichotomy between genius and malice and the thin line that it tows. Catherine Tramell is so fascinating as a character, like most female characters that I adore, because even though she is a manipulative sociopath and likely murdered, she is so intelligent, beautiful, and so perfect in presentation that you cannot help but be charmed and want her to succeed. I have always had a love of strong female characters who may also be insane. This is a love that I believe goes back to my family and the strong, somewhat mentally and emotionally unstable women that I grew up around. I felt that “she’s brilliant! she’s evil!” is the perfect name for my thesis collection because it embodies the dynamics between appearance, identity, power, and ridiculousness that I have explored. Women can be brilliant, evil, kind, caring, sadistic, insane, imbecilic, ugly, and beautiful simultaneously…just like men. 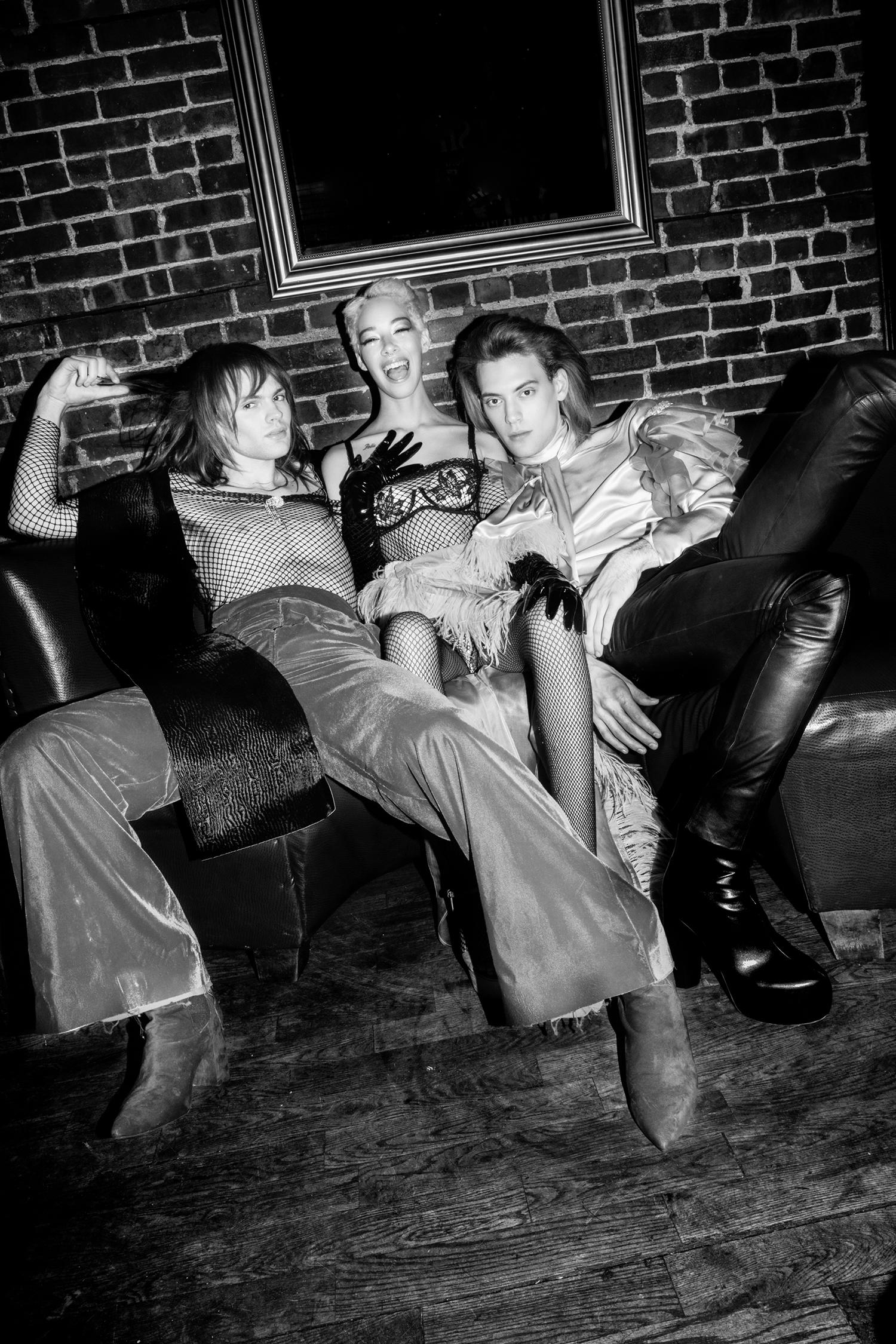