Cheyenne Jackson is a master of his own destiny. From sleepy Spokane, Washington, to the lights of Broadway, and now in the luxe hills of Hollywood, Jackson has scaled the ladder of success to become a leading man on stage and in film. 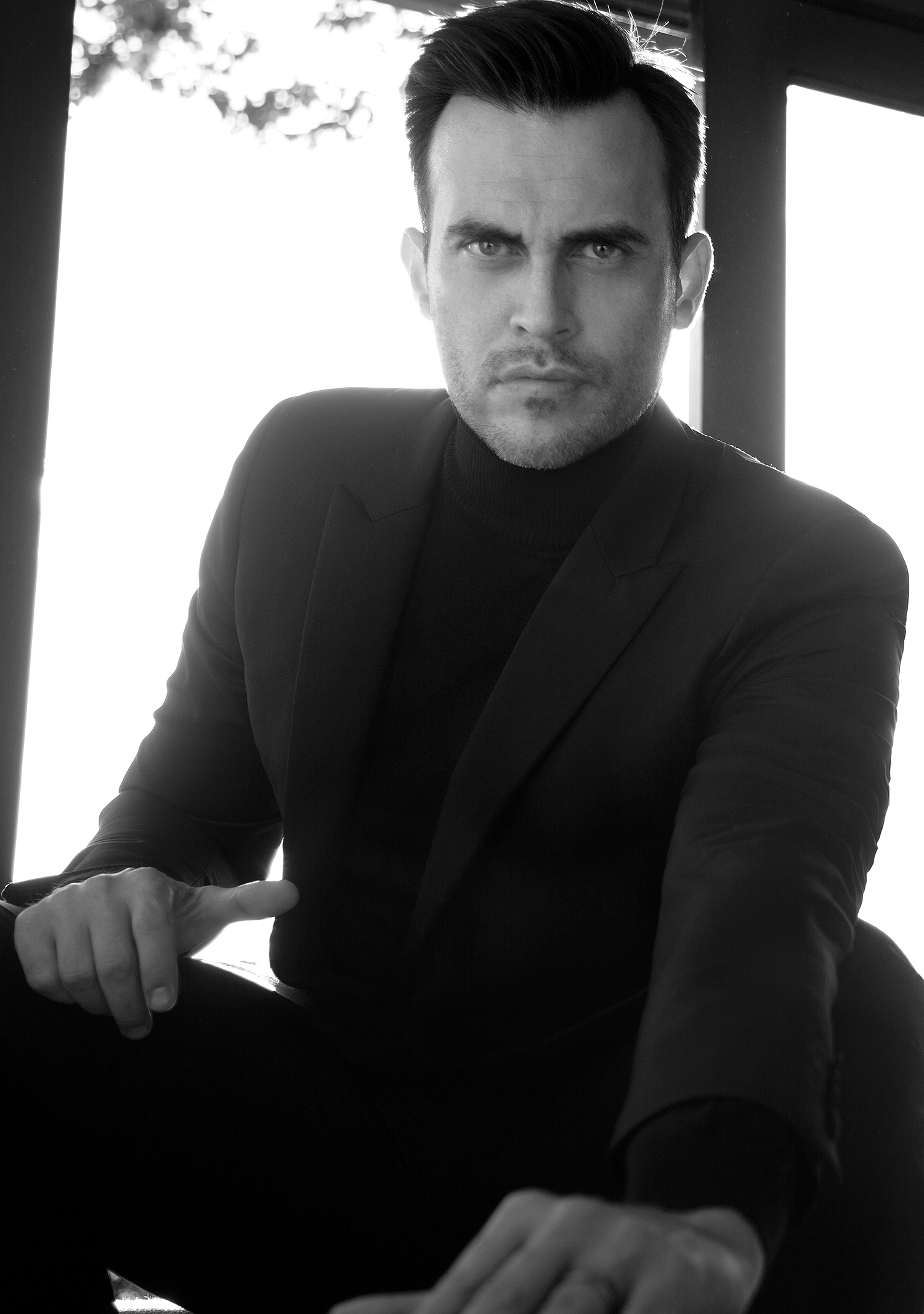 Cheyenne Jackson is a Grammy-nominated singer, actor, and songwriter who, as a musician, dancer, artist, writer, husband and father of twins, is the definition of a “Renaissance Man”. Cheyenne has starred in a litany of noteworthy television shows, theatre productions, and films including the American Horror Story series, the critically acclaimed The Most Happy Fella in New York City, and David West Read’s play The Performers opposite Henry Winkler, Ari Graynor, and Alicia Silverstone. His performance in Steven Soderbergh’s award-winning Behind The Candelabra, with Michael Douglas and Matt Damon, was multi-layered and added a new dimension to his on-screen acting reel. Whether it is singing and dancing onstage, or marrying Lady Gaga in a demonic hotel in American Horror Story: Hotel, Mr. Jackson brings new life to each character he plays.

Cheyenne will soon be on our television screens once again as one of Ryan Murphy’s elaborately crafted characters on American Horror Story: Cult, a new comedy series entitled American Woman, and he continues to work on his own writing, music, and an upcoming project in animated voiceovers.

In addition to all his artistic accolades, Jackson is fully immersed in several charities focusing on a variety of social issues. Cheyenne is a strong advocate for LGBT rights, marriage equality, animal welfare, and HIV/AIDS research. He is an international ambassador for The Foundation for AIDS Research (amfAR) and serves as the national ambassador and spokesperson for The Hetrick-Martin Institute and the Harvey Milk High School. Jackson also actively supports “The Trevor Project” and the Gay Lesbian and Straight Education Network. Cheyenne Jackson sat down with IRIS Covet Book to discuss his journey as a small town boy on Broadway, our current political discourse, and dressing up as Wonder Woman.

How did your professional path as an actor take you from regional theatre in Seattle to the Broadway stage?

I had never had the guts to make the move to NYC up until 9/11 happened… and I didn’t want to waste any more time in my life. I was 27 years old at the time, which is considered late to be “starting”, I knew it was now or never. I decided to head to New York City because it is the home of Broadway. I was determined, I was prepared, and I was lucky. My first broadway audition was for Thoroughly Modern Millie and I booked it. I was on Broadway after six weeks of being in NYC. I was in the ensemble, was understudy to the two male leads, and it was heaven!

How did you make the jump from the theatre stage to television?

Tina Fey came and saw me in a production of DAMN YANKEES at the New York City Center when I was starring alongside Sean Hayes and Jane Krakowski, and she asked to meet me afterward. She said she liked my “big midwestern face” and my comedic timing, and I joined the cast of 30 Rock a few months later. It was the most amazing four years of comedy and television training. Baptism by friendly fire, as it were.

How young were you when you knew you wanted to be performing? Were there any signs as a child that you would be in the entertainment world?

As young as I can remember. I sang from the time I was 2 years old, and I knew music would be a big theme in my life. By the time I was 7 years old I was making my own Wonder Woman bracelets and tiaras out of cardboard, so there were signs that entertainment was in my future.

What is your favorite movie/musical and why?

It has to be Mary Poppins because it’s perfect and it reminds me of being a little kid when everything was safe and worry-free.

When your agent offers you a script or an audition, how do you decide which roles work for you?

For me, it is definitely a gut feeling that I need. If I find myself reading the material out loud rather than in my head, that’s usually a good sign. Then there is the logistics. I’m a new dad of twins so now I tend to pick things that will hopefully not take me away from them for too long. I took 6 months off to be a stay-at-home dad, and it was the best decision I’ve ever made.

You’ve had your time on the television screen, the stage, and the big screen, but is there a “dream role” that you would like to play?

I don’t think it’s been written yet. I’d love my own half hour dramedy series. Something that is topical, irreverent and funny. Like Veep on HBO.

Do you ever think of getting into the world of producing or directing?

I do sometimes. I love the whole process of film and television. I could definitely see myself pursuing something behind the camera at some point.

Speaking of behind the camera, how did you find yourself working with writer and producer Ryan Murphy on the American Horror Story series?

We met after he saw me in Xanadu on Broadway and he hired me for the second season of GLEE. We’ve worked together ever since. His mind is such a mystery to me, and I’m so thankful for him.

Can you tell us about your role in American Horror Story? What can we expect?

All I can tell you is my character’s name is Dr. Rudy Vincent and that I’m having a lot of fun this season. I’m sworn to secrecy, even in press, to give specifics, but I will say it was great fun to play a doctor. I learned a lot. It’s my third year on the show and it’s my favorite season so far.

Is there a dream actor that you would like to work with in your lifetime?

I’d love to have the opportunity to work on a project with Julia Louis-Dreyfus, Nicole Kidman, or Robert Downey Jr.

What has been one of your favorite collaborations in your career?

I have a few so far. It was great working on Behind the Candelabra with Michael Douglas, 30 Rock alongside Alec Baldwin, a pilot called The Onion News Network with Jeffrey Tambor, and an episode I had with Gwyneth Paltrow on GLEE. These are just a few of the highlights.

When not on set or rehearsing for a role, how do you like to spend your time?

With my kids and my husband in a big dog pile in our TV room. I love traveling and I love to be outside. My mom lives in Laguna so we spend time with her.

Last year you became a father of two, how have they changed your outlook on life? Is it what you expected?

I always knew I was going to be a father. It’s the only thing I’ve ever been certain of. When it finally happened it’s as if my life began when they were born. Cliché? Maybe. True? Absolutely. It’s just so profound. My work is still important to me but my perspective has changed…the urge to provide for my family is stronger than ever, but the insignificant stuff I used to sweat in my career means so much less now that I know what’s really important.

You met your husband during at an AA meeting you both were attending, how did you two help each other cope with addiction during this period?

We were both newly sober and definitely at turning points in our lives. We found each other when we needed each other the most. In life, we just have to help each other get through this life together. He’s a magnificent person.

What advice would you give someone struggling with alcohol addiction?

Reach out and get help. There is no shame in asking for help; in fact, asking for help and admitting you need help actually takes more bravery than anything else.

What began your involvement with amfAR and Hetrick-Martin institute? Can you tell us about that work and why these charities are close to your heart?

I became personally affected by the disease when a friend of mine was diagnosed with HIV. I felt a desire to get more involved and help in any way I could. I contacted amfAR and asked how I could help. The Hetrick-Martin Institute came to me and asked me to come tour their facility and meet with their team. I went on the tour and loved the work they were doing, and I’ve supported them ever since.

You are involved with over a dozen charities focusing on social issues which include LGBT rights, marriage equality, animal welfare, and HIV/AIDS research, why do you find it so important to give back in this way?

Because I know how lucky I am to have what I have and live where I live. Giving back gets me out of my head and helps me focus on something other than what’s going on with me. I need to be of service in order to feel good about myself; it’s as simple as that.

Given the current state of the world in politics, environmental concerns, social change, etc. what advice would you give to anyone who want to get involved in giving back to their communities?

If you want more peace of mind, more relaxation, more harmony in your head, you should do some charity work. Being of service is the best way to get out of your own way and get some much needed perspective in this crazy world.

With the rhetoric coming from the White House that trans people should not serve in the military and legislature that will allow discrimination based on sexual orientation, are you worried that the LGBTQ community is in serious jeopardy?

How could one not be when under this abhorrent man that is our president? But I have faith in our community, and what I do know is that all this has lit a fire in many people who were previously fairly politically dormant. People are more awake than ever.

As a member of the media, and of the gay community, what do you think is your responsibility to the country when Hollywood and the LGBTQ world are under fire?

The best defense is to live out louder than ever. I am an open honest person and I live it out loud. I’m a gay father and I’ve been out of the closet for 23 years. I have no secrets and I treat people the way I want to be treated, and that’s what Jason and I are teaching our children. Live through example. Be open. Be interested in others.

What is next for you and your career? More music? More film? Maybe something completely different?

American Horror Story: Cult airs September 5th. American Woman airs early next year on Paramount TV. I’d love to continue to work on great television shows and continue to tell stories. I would also love to make more music. I am going to start writing again; I have a lot more to say now. I will always be open to making movies. Currently, I am getting into voiceover work now as well. I’m shooting my first animated pilot next month and have had the opportunity to work with some of the best animated voiceover artists in the country. It turns out I have all these voices in me. Who knew?

What advice would you give to a young actor/singer who is trying to make it in Hollywood or on Broadway today?

Be open. Do your homework. Be kind. Get a thick skin. Don’t google yourself. Don’t be an asshole. Work on your mix. Get it strong and consistent. (Singers will know what I’m talking about!) 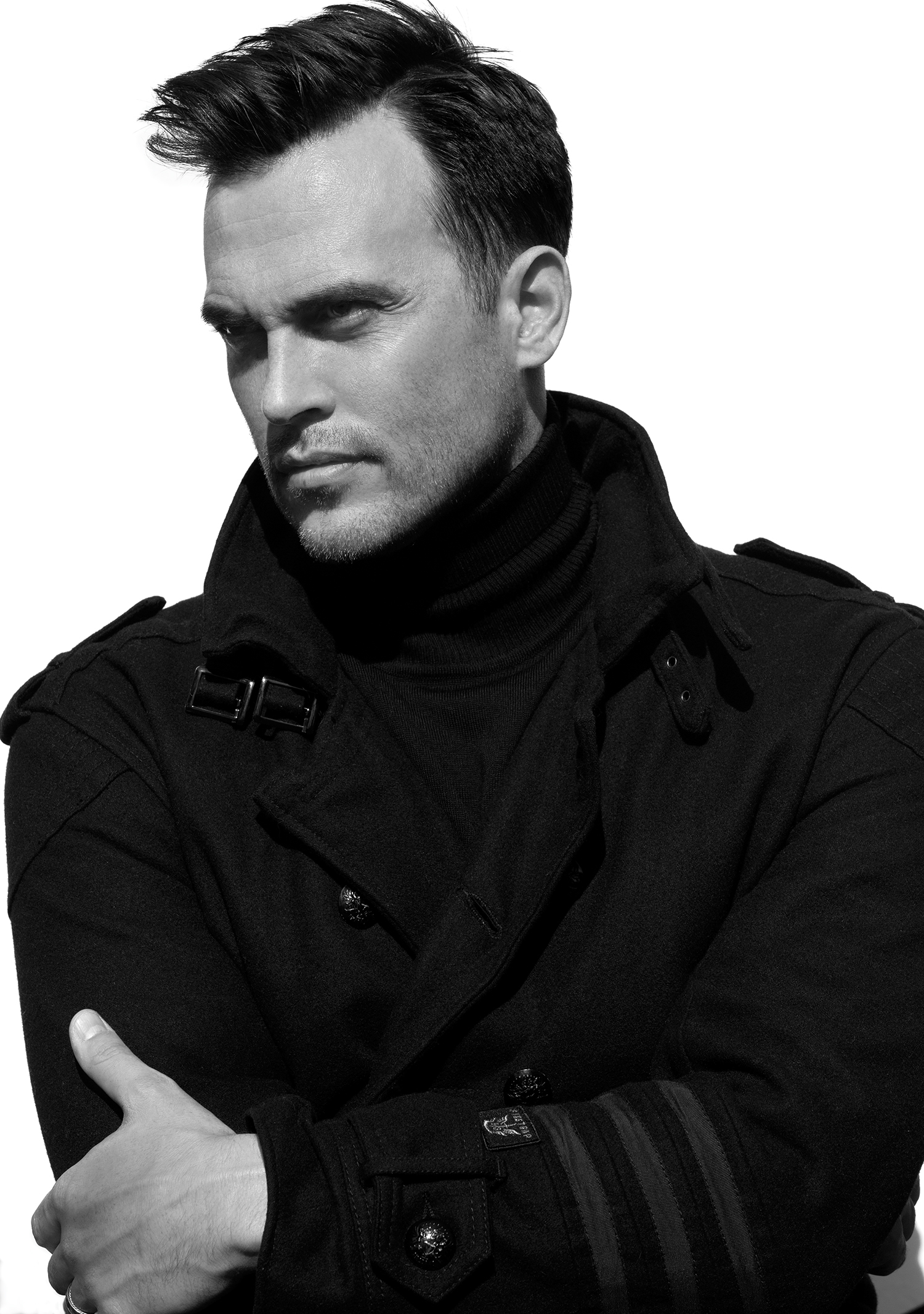