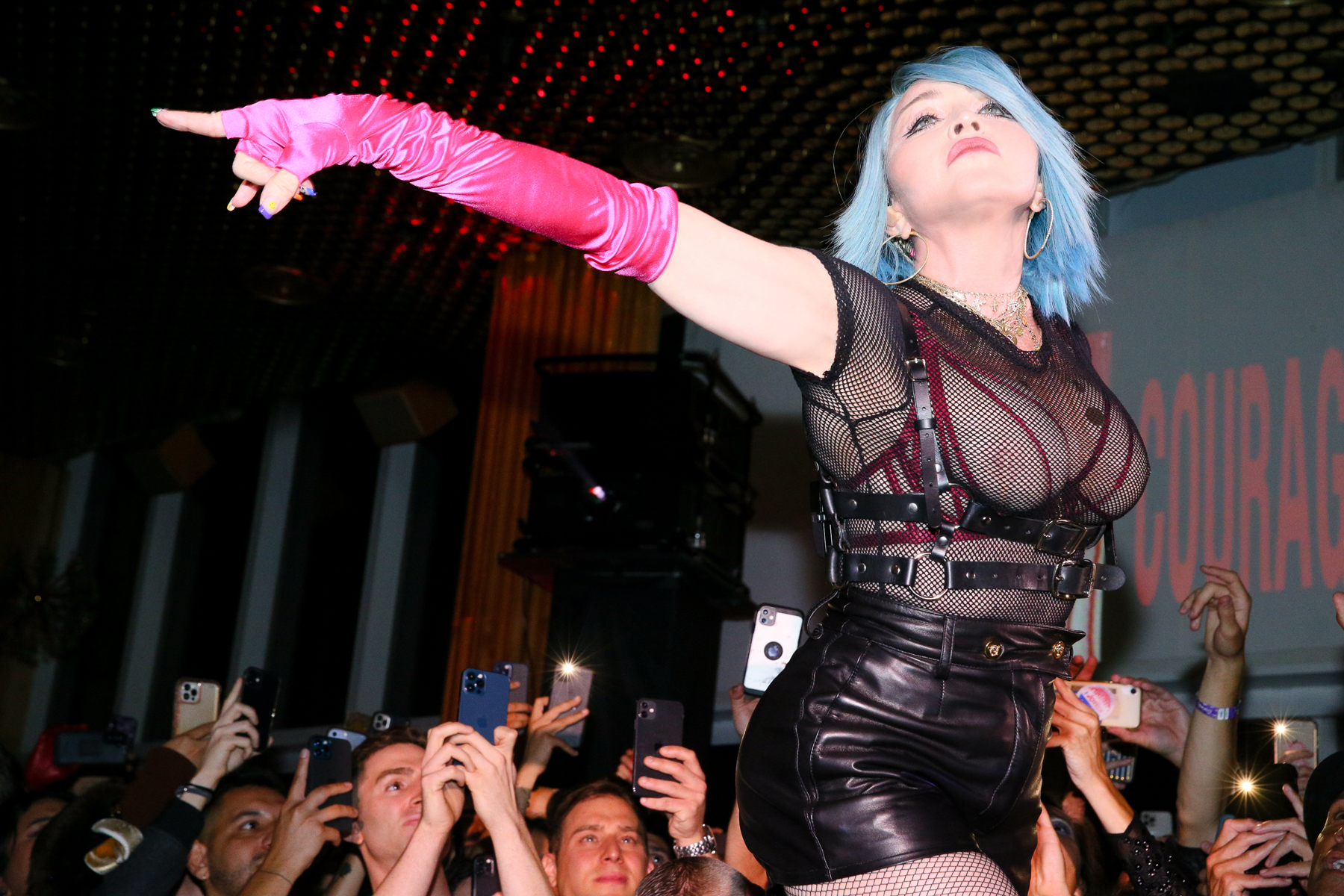 THE QUEEN! photos by Matteo Prandoni/BFA.com

The Standard, High Line kicked off Pride Weekend and celebrated the re-opening of New York City on June 24th, 2021 with an appearance by Madonna in the notorious Boom Boom Room, for one night only.

The evening featured the debut of an original three-piece multimedia art installation inspired by 90’s underground culture and in a thought-provoking layout for people to be who they are, love themselves and stay fearless. This collaboration with Madonna, Ricardo Gomes (who also creative directed the video) and Sasha Kasiuha is inspired by the commitment to make sure every voice is heard and celebrated. The 3-minute installation also took over the jumbo video screens in Time Square at 10pm and 12am. 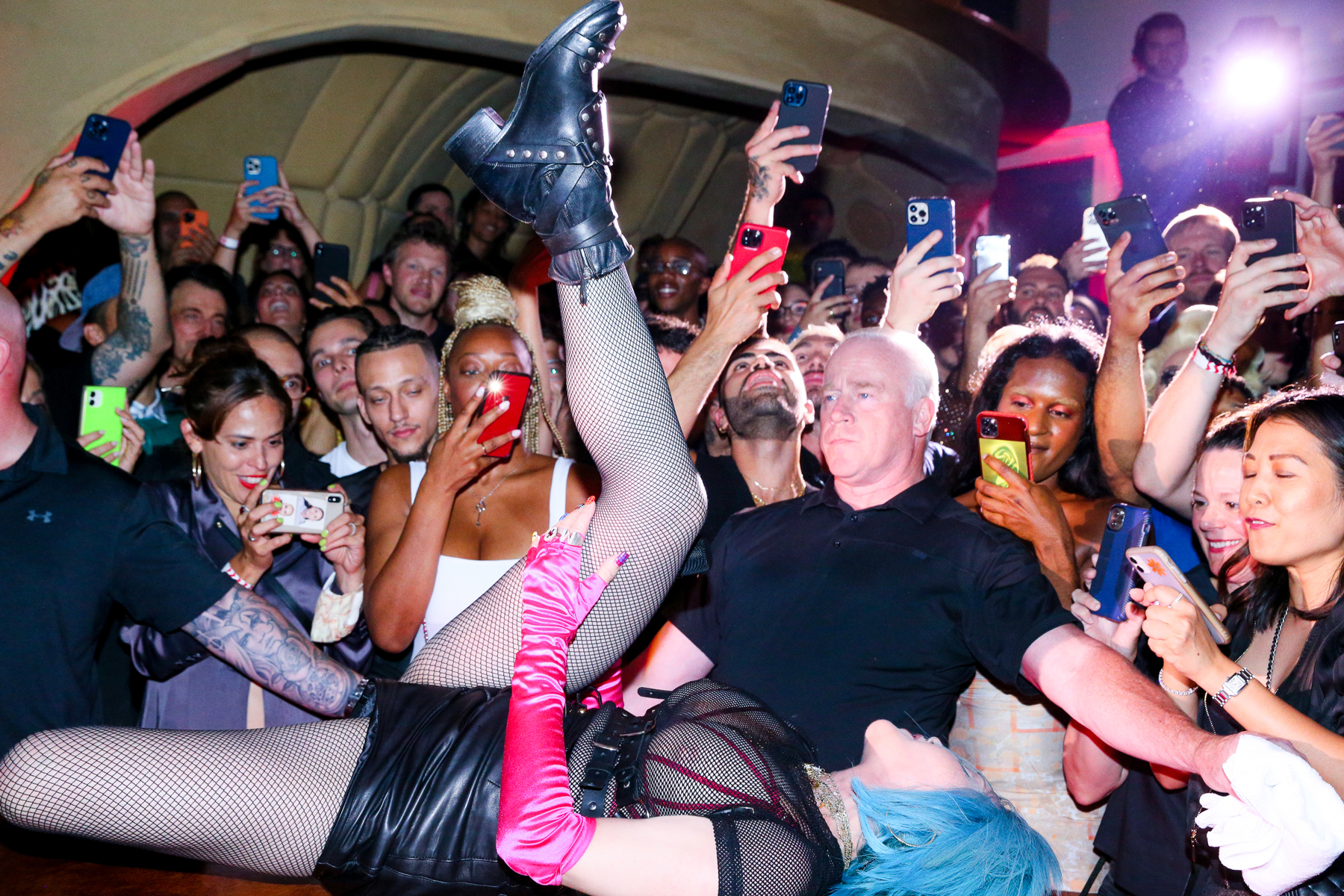 Madonna auctioned off three new original Polaroids that were shot by her and Ricardo Gomes at her home in New York in June 2021 and are inspired by the art born in the city that never sleeps. Each were individually framed and personally signed by Madonna. The auction raised over $100K for The Ali Forney Center and Haus of Us. 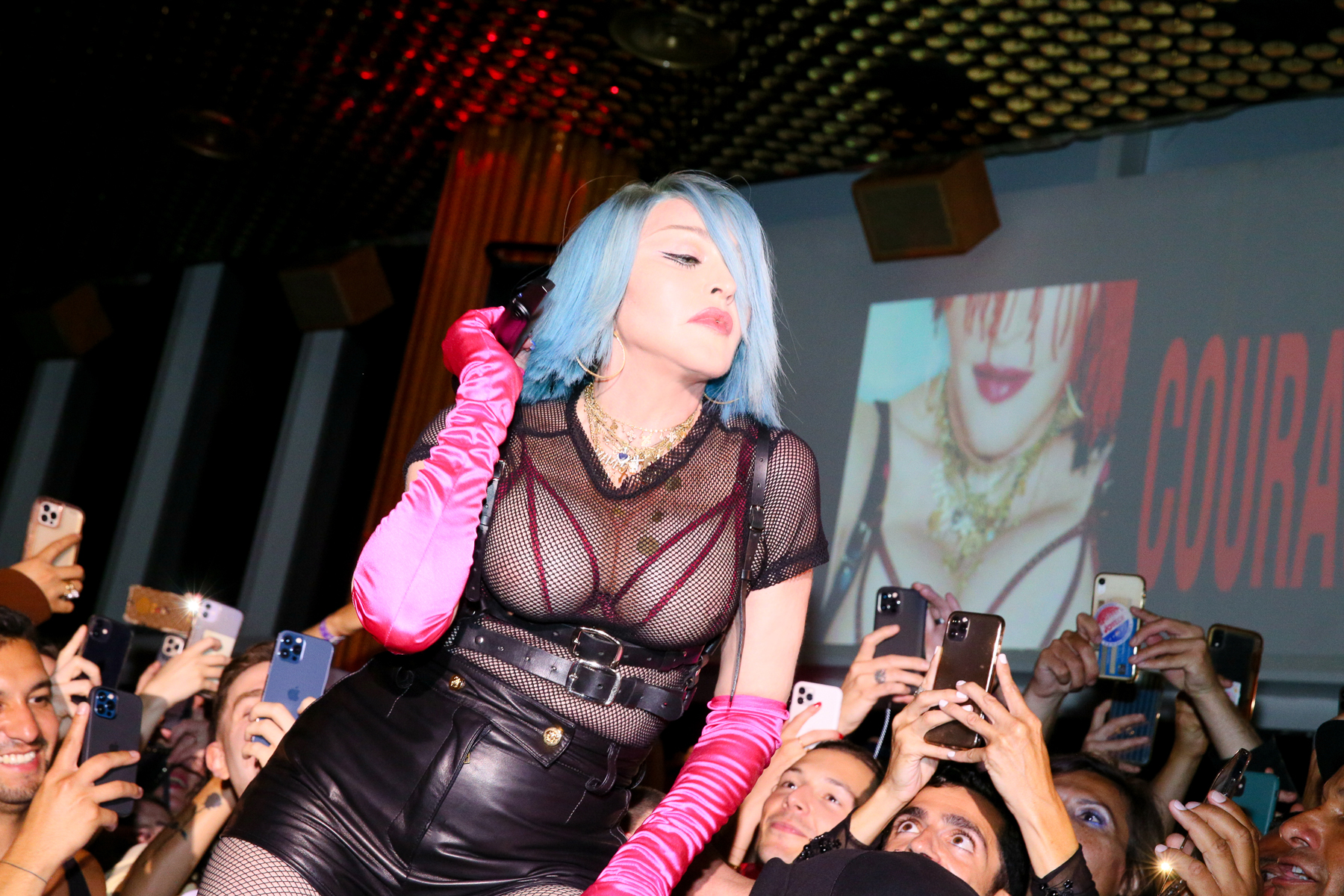 Three additional new original Polaroids that were shot by Madonna and Ricardo Gomes at her home in New York in June 2021 are also now part of a silent online auction to benefit the Hetrick Martin Institute. Link to the auction can be found HERE (https://app.galabid.com/hmiprideoasis/items/). 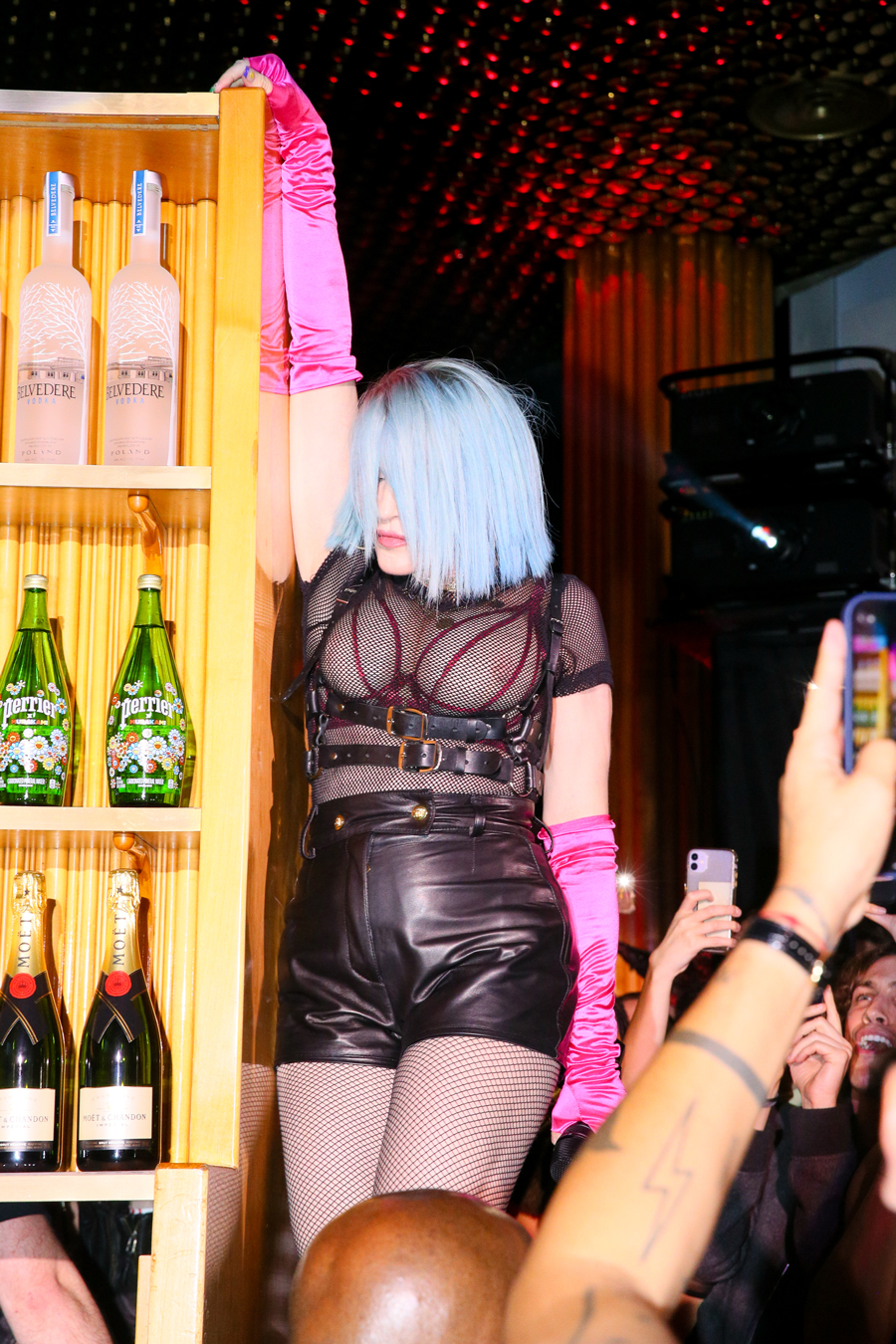 “It is crazy, but with all the sacrifices, all the marching in the streets, all the protests, all the compromises, all the lives lost, all the relentless negotiations and all the bills being passed by legislation, the LGBTQ community is still fighting for their rights and their freedom. It is at this very time, as Republicans in the Senate are trying to set us back by stalling bills being passed, that we must never let our guard down and think, “Oh it’s done. The fight is over.” I made those videos to continue to inspire people to be fearless, to continue to have courage, and to continue to be brave and to continue to fight not for special rights but for equal rights. That has always been my mission statement, that we should all, every human being on this planet, be treated with human dignity and respect, regardless of our race, gender, sexual preference or religious beliefs. Nothing has changed for me since day one. I started the minute I landed in New York, and it has not ended. The videos were my way of inspiring people in an artistic way that is fun to watch and eye-catching. They are fun to watch in an elevator or in Times Square, if I should be so lucky to have that privilege. I consider those videos made by Sasha Kasiuha and the whole party that was organized by Ricardo Gomes to be a great success and I am just going to keep fighting, fighting for what I believe in and helping others to give them a voice and fight for what they believe in.” – Madonna (source New York Magazine/The Cut) 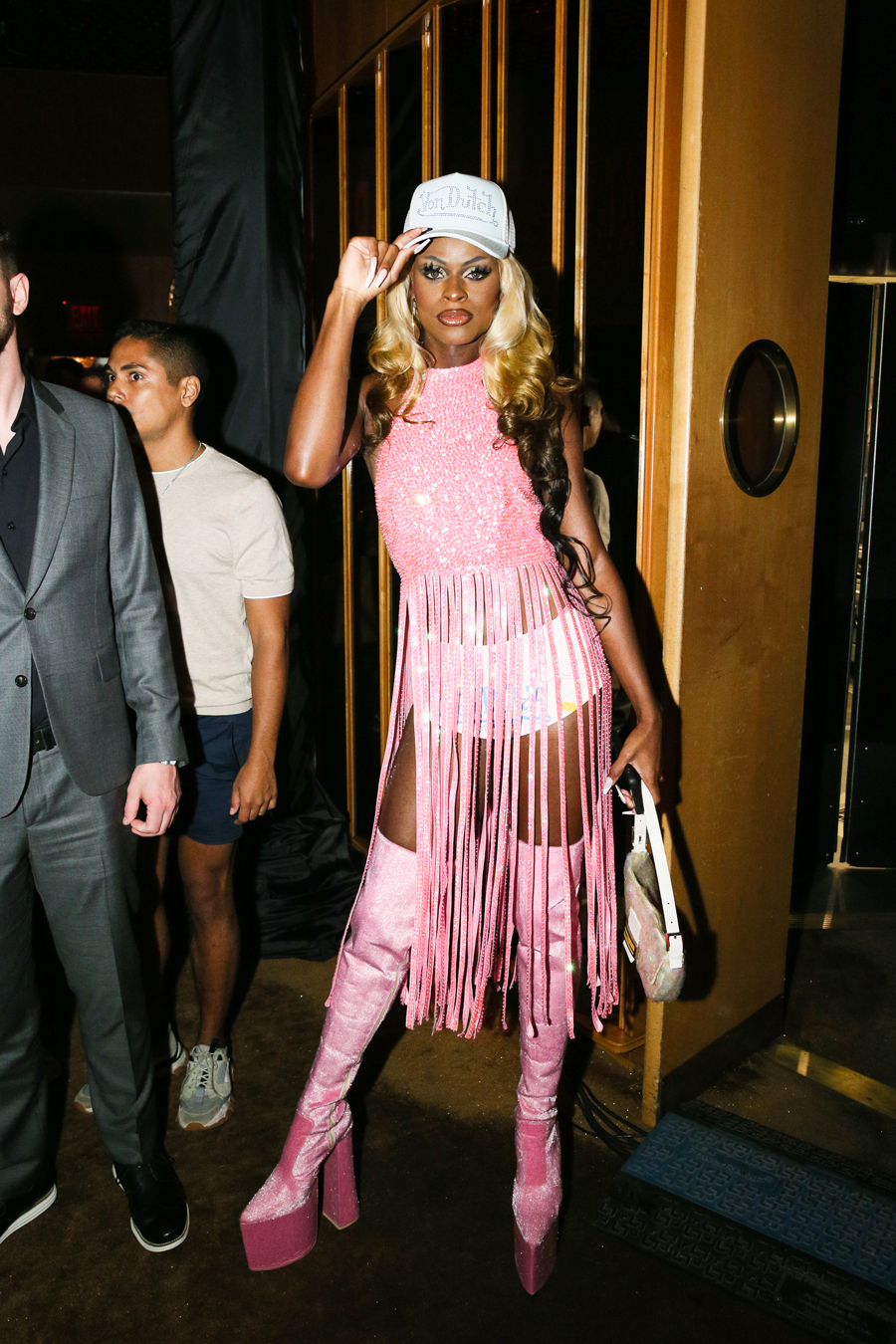 Dreamed up by Misshapes’ Geordon Nicol, The Standard’s Corey Tuttle, and Creative Director & Photographer Ricardo Gomes the celebration, dubbed Pride x Boom, took over the entire eighteenth floor of the hotel, from the iconic Boom Boom Room to Le Bain and its rooftop.  The night featured a special  line up of LGBTQ+ DJs with music by Grammy Award winning producer Kaytranada, DJ and global fashion muse Honey Dijon, iconic New York DJs the Misshapes, and one of the true vanguards of New York disco and house, Eli Escobar. 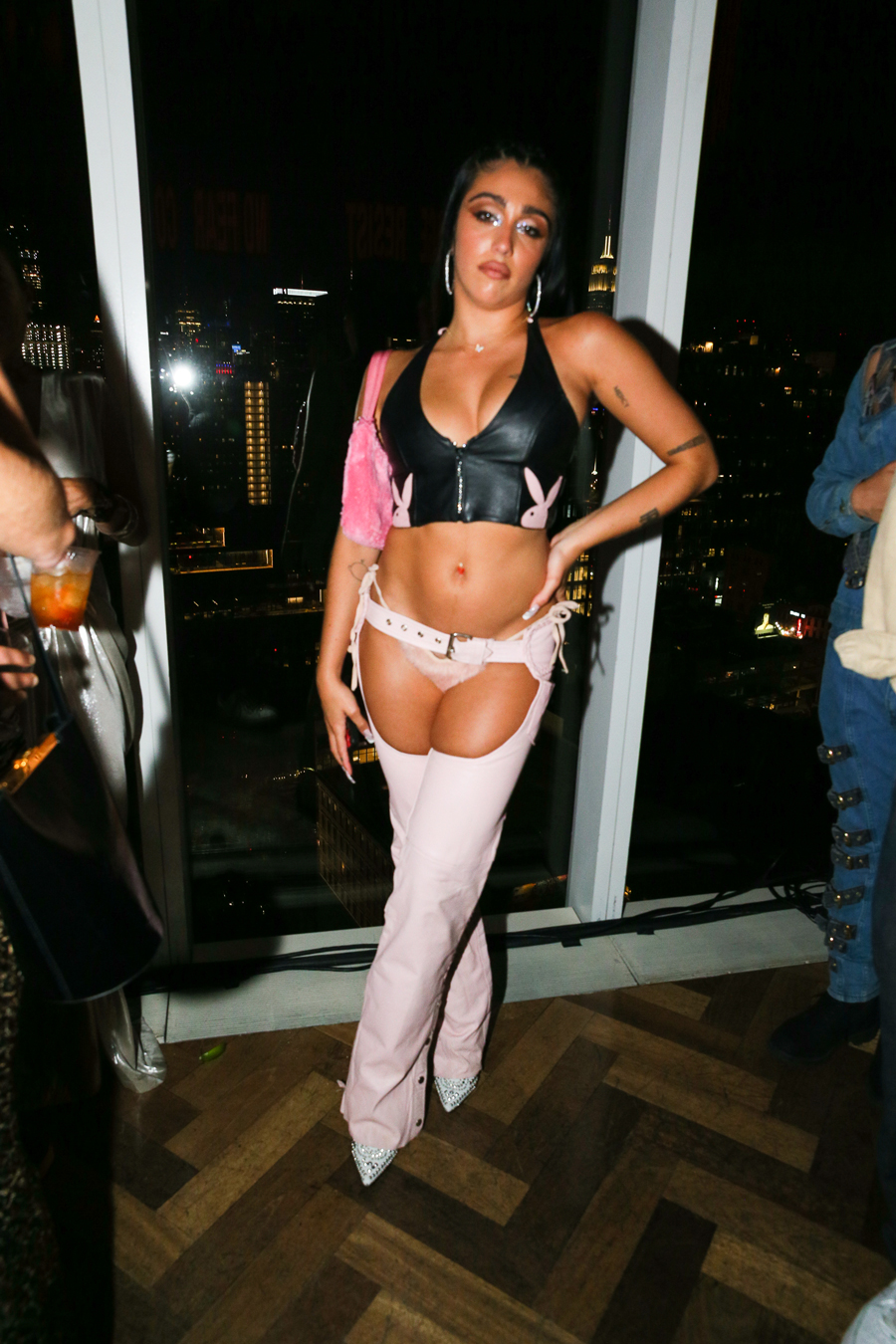 The evening featured the debut of an original three-piece multimedia art installation inspired by 90’s underground culture and in a thought-provoking layout for people to be who they are, love themselves and stay fearless. The installation was projected around the windows of the Boom Boom Room. This collaboration with Madonna, Gomes (who also creative directed the video) and Sasha Kasiuha is inspired by the commitment to make sure every voice is heard and celebrated. The 3-minute installation also took over the jumbo screens in Time Square at 10pm and 12am and will be shown throughout The Standard, High Line for the rest of Pride Month. 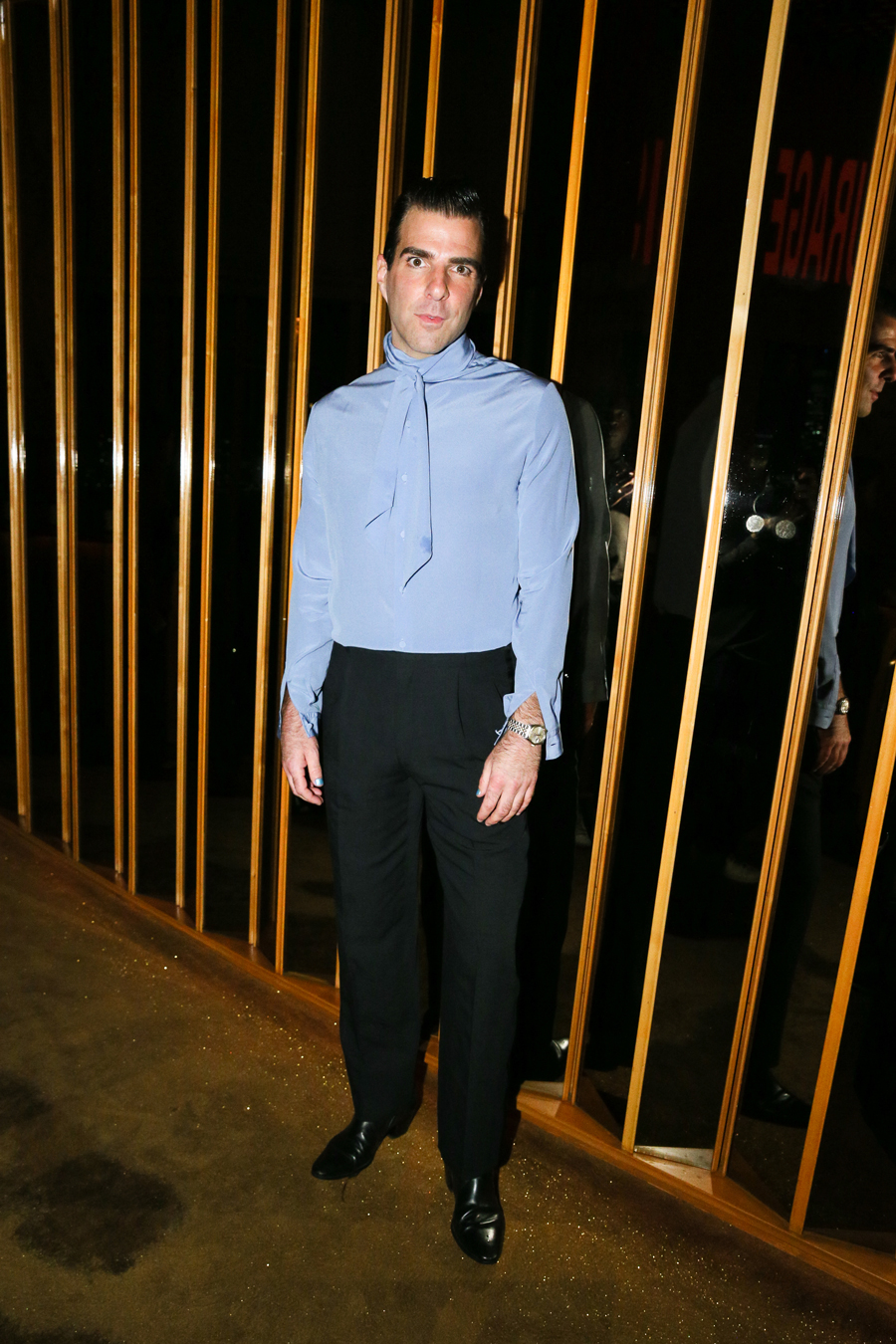 Following the premiere of the installation, a brand new remix of Madonna’s iconic “Vogue” – entitled “Vogue Ballroom Function” – began playing and featured voguing performances atop the circular bar and throughout the room by leaders from the city’s most influential ballroom houses. Madonna then took to the stage in Boom Boom Room with an incredible, intimate and energetic performance of “Hung Up” and “I Don’t Search I Find” – her 50th #1 Billboard Dance Hit. Madonna performed in a look created by Hood by Air, Vintage JPG denim corset from Procell Vintage and Vintage TRIPP NYC mesh tee from Procell Vintage; with hair by Andy Lecompte and makeup by Kali Kennedy. 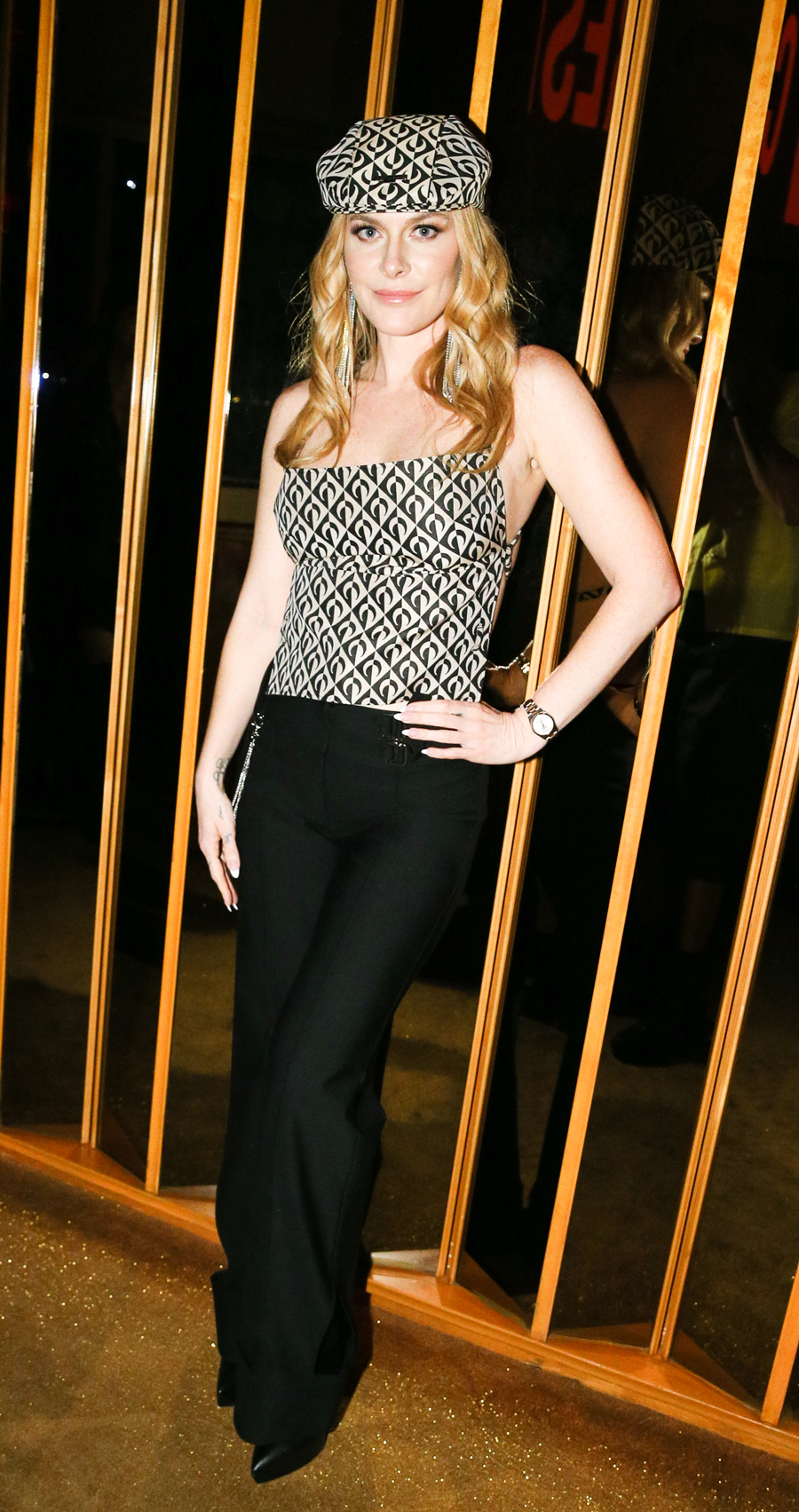 Following the performance, Madonna auctioned off three new original Polaroids that were shot by Madonna and Ricardo Gomes at her home in New York in June 2021 and are inspired by the art born in the city that never sleeps. Each were individually framed and personally signed by Madonna. Zachary Quinto took the stage to help with the auction, which raised over $100,000 for the The Ali Forney Center and Haus of Us 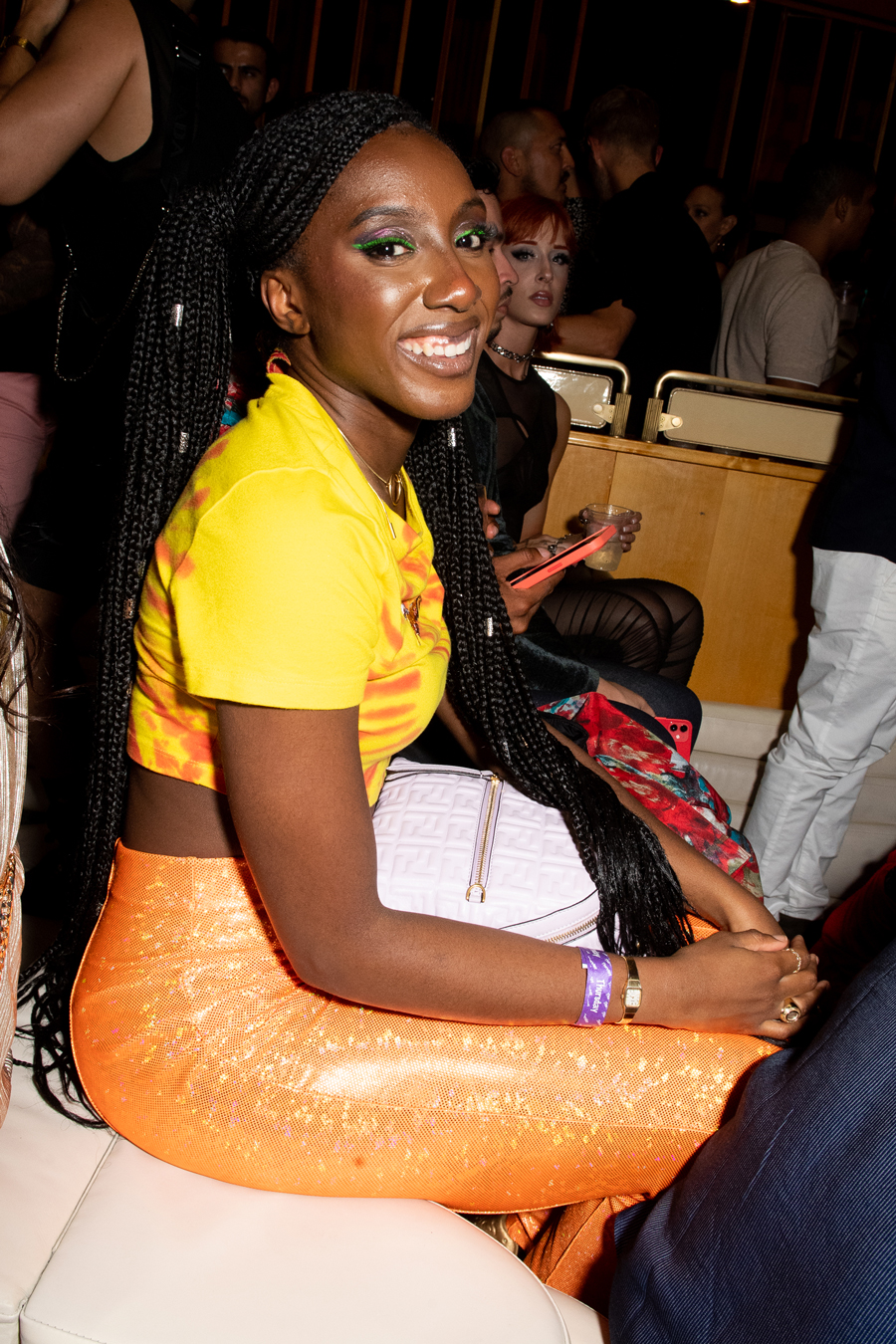 Pride x Boom also kicked-off a 4-day silent online auction with three additional new original Polaroids that were shot by Madonna and Ricardo Gomes at her home in New York in June 2021. Additional covetable items curated by Geordon Nicol from brand favorites like Supreme, Hood By Air, The Standard, Moschino, Jeremy Scott, Louis Vuitton, and more. The fundraiser concludes on Sunday, June 27th with all proceeds going to the Hetrick Martin Institute.  Link to that auction can be found HERE (https://app.galabid.com/hmiprideoasis/items/). 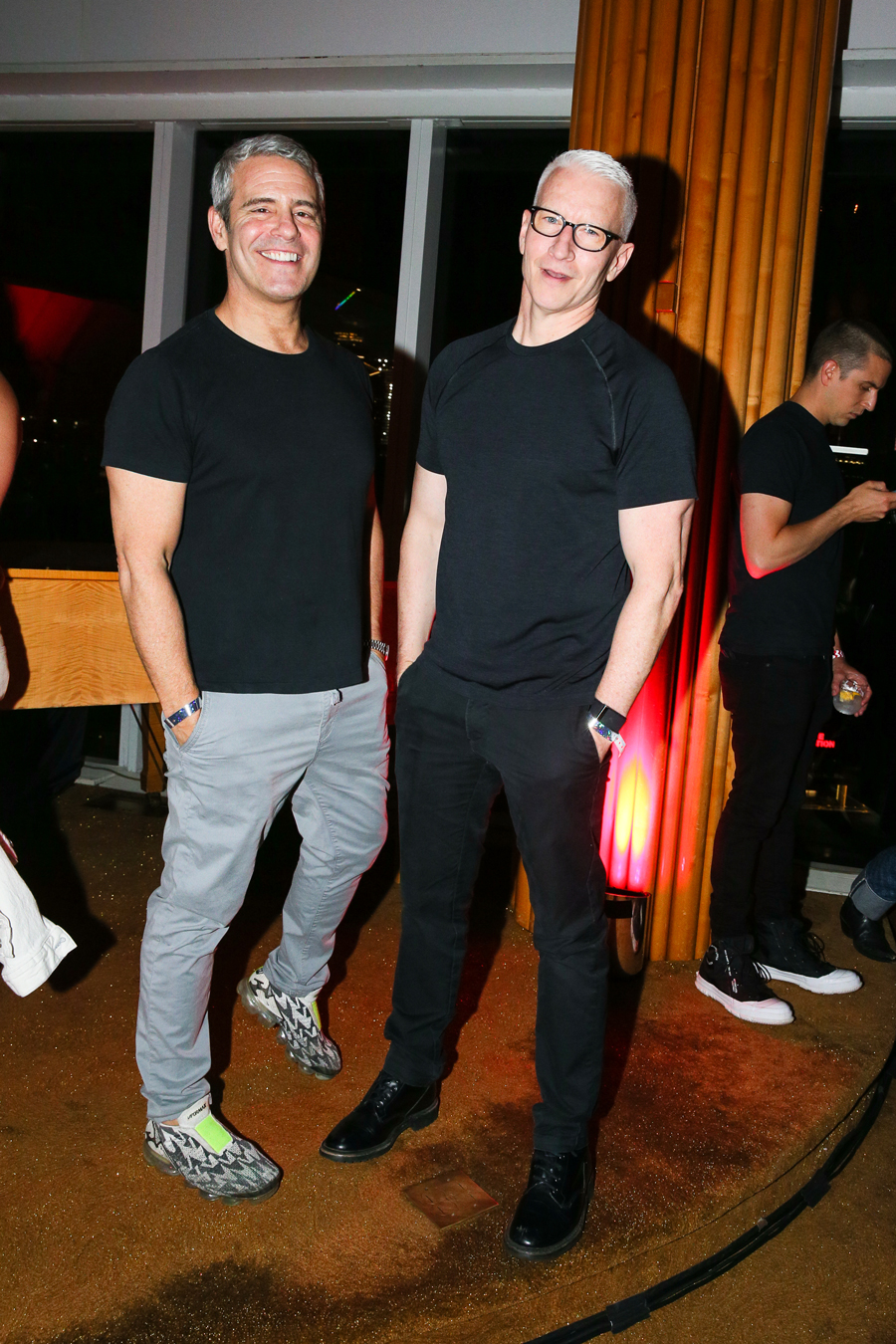 This singular reopening of the famed Boom Boom Room heralded an epic return of New York City back to the dancefloor, and an unprecedented Pride party that brought a diverse group of guests together to celebrate the LGBTQ+ community with an electric lineup of talent both inspired by and eternally influential to the fabric of New York City. 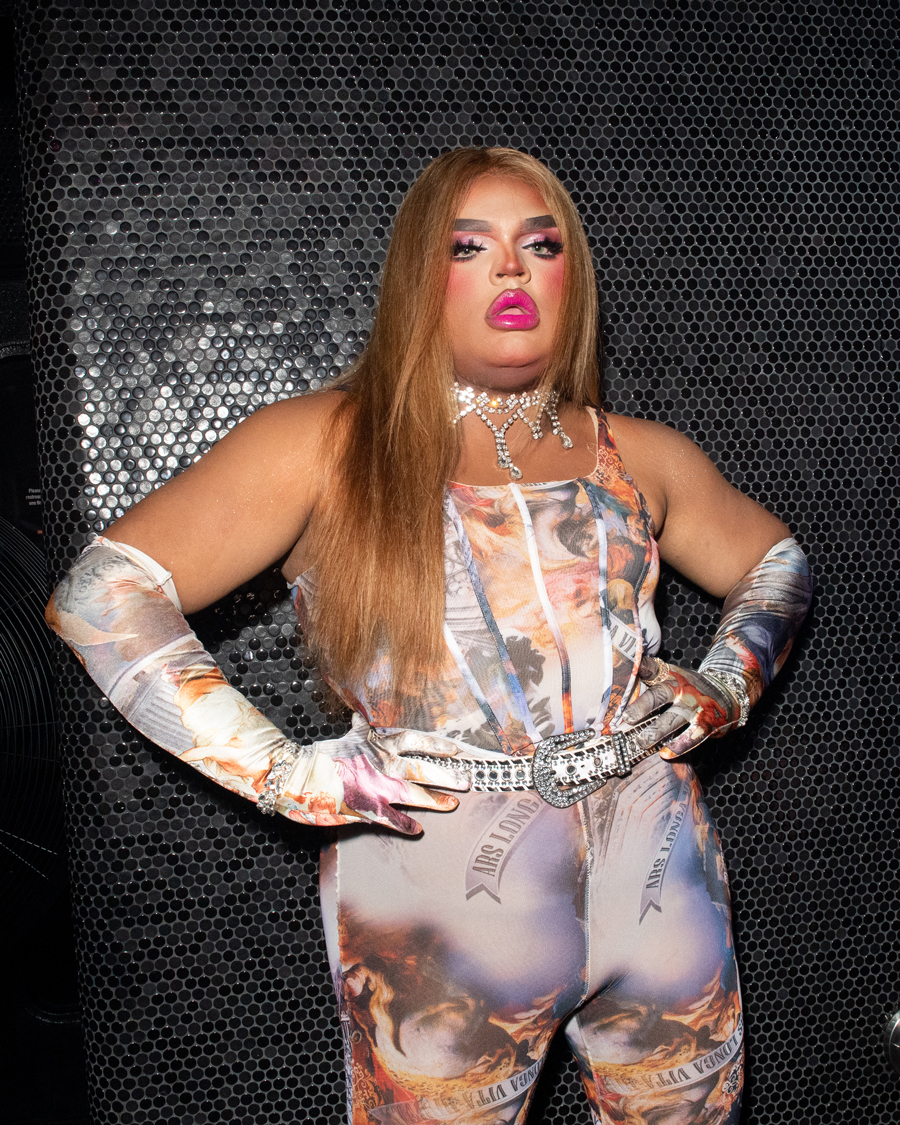 The Ali Forney Center protects homeless LGBTQIA+ youth (ages 16- 24) and empowers them with the tools necessary to be safe, live independently, and thrive. There are 18 sites across NYC operating 24 hours a day, 7 days a week, 365 days a year. 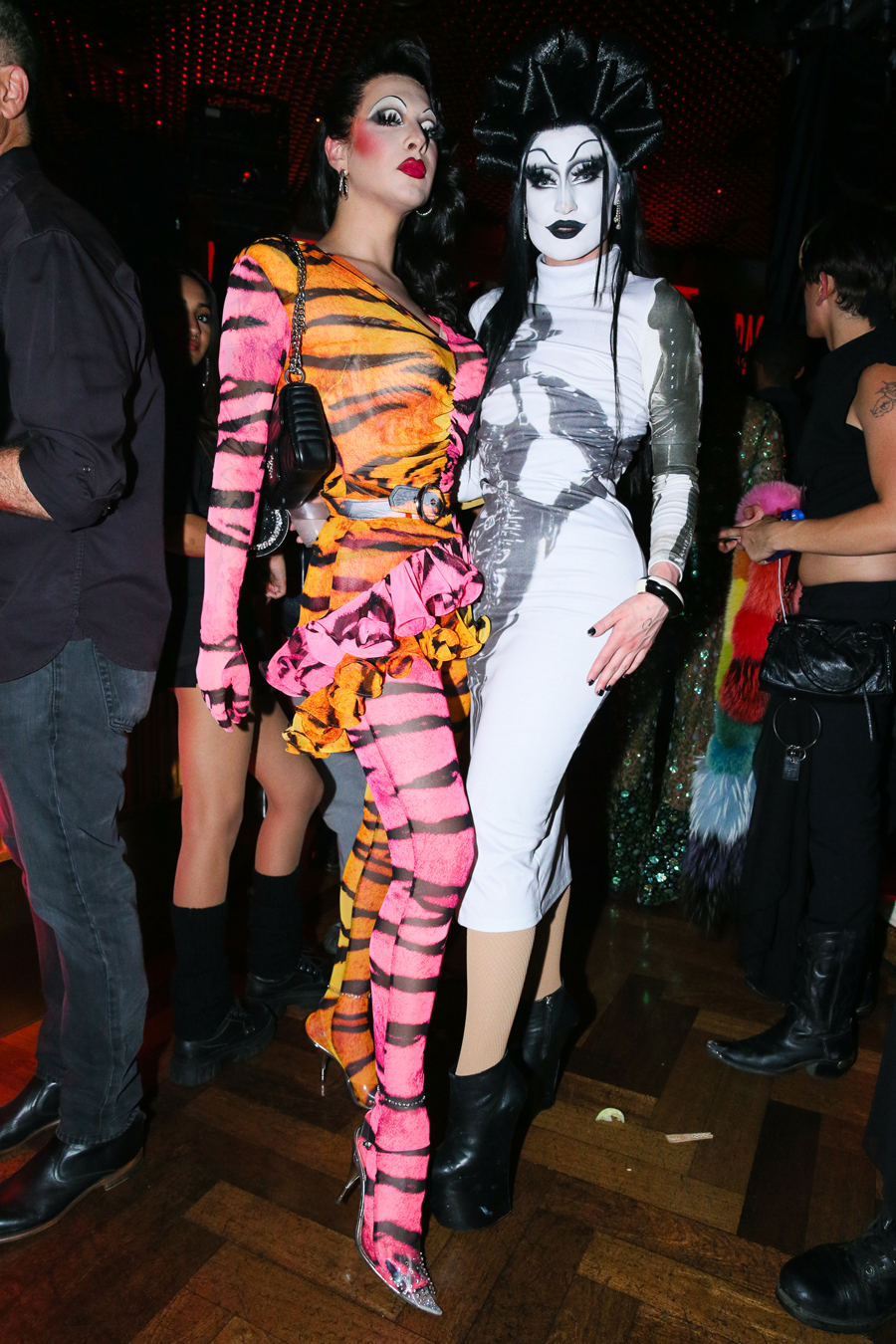 Hetrick-Martin creates this environment for lesbian, gay, bisexual, transgender and questioning (LGBTQ) youth between the ages of 13 and 24 and their families. Through a comprehensive package of direct services and referrals, Hetrick-Martin seeks to foster healthy youth development. Hetrick-Martin’s staff promotes excellence in the delivery of youth services and uses its expertise to create innovative programs that other organizations may use as models. 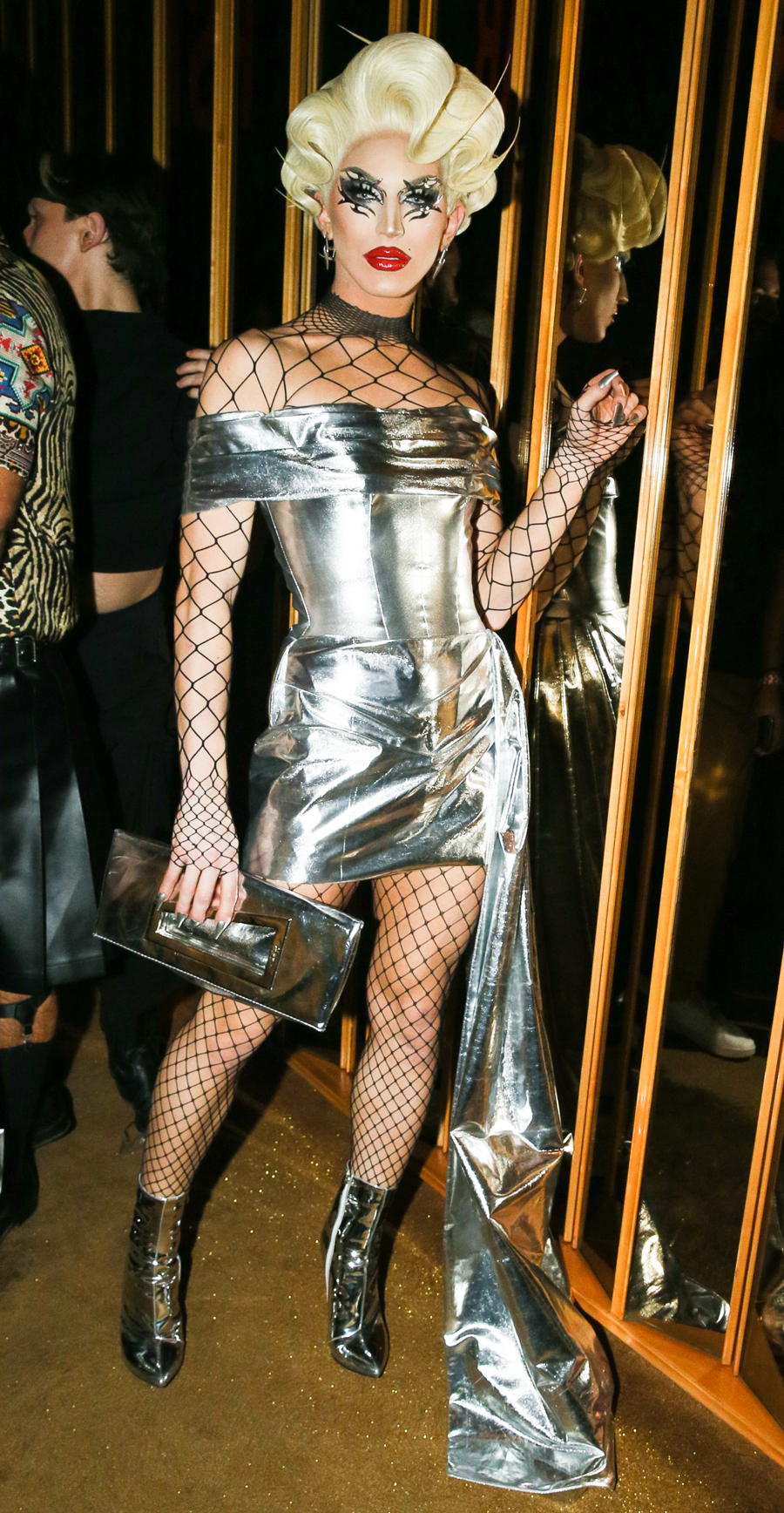 About Haus of Us:

Haus of Us’ mission is to create safe and expressive spaces and experiences for the LGBTQ community and allies within the KIKI Ball community, with a focus on young people between the ages of 12-24. The Door’s mission is to empower young people to reach their potential by providing comprehensive youth development services in a diverse and caring environment. Since 1972, The Door has helped a diverse and rapidly growing population of disconnected youth in New York City gain the tools they need to become successful, in school, work and in life. As the needs of New York City youth continue to shift and change, they work hard to shift their services in response. Haus of Us is an example of all that encompasses The Door, in creating their own culture, own experiences and community gatherings with the goal of one day having their own space to enhance their mission and visions. 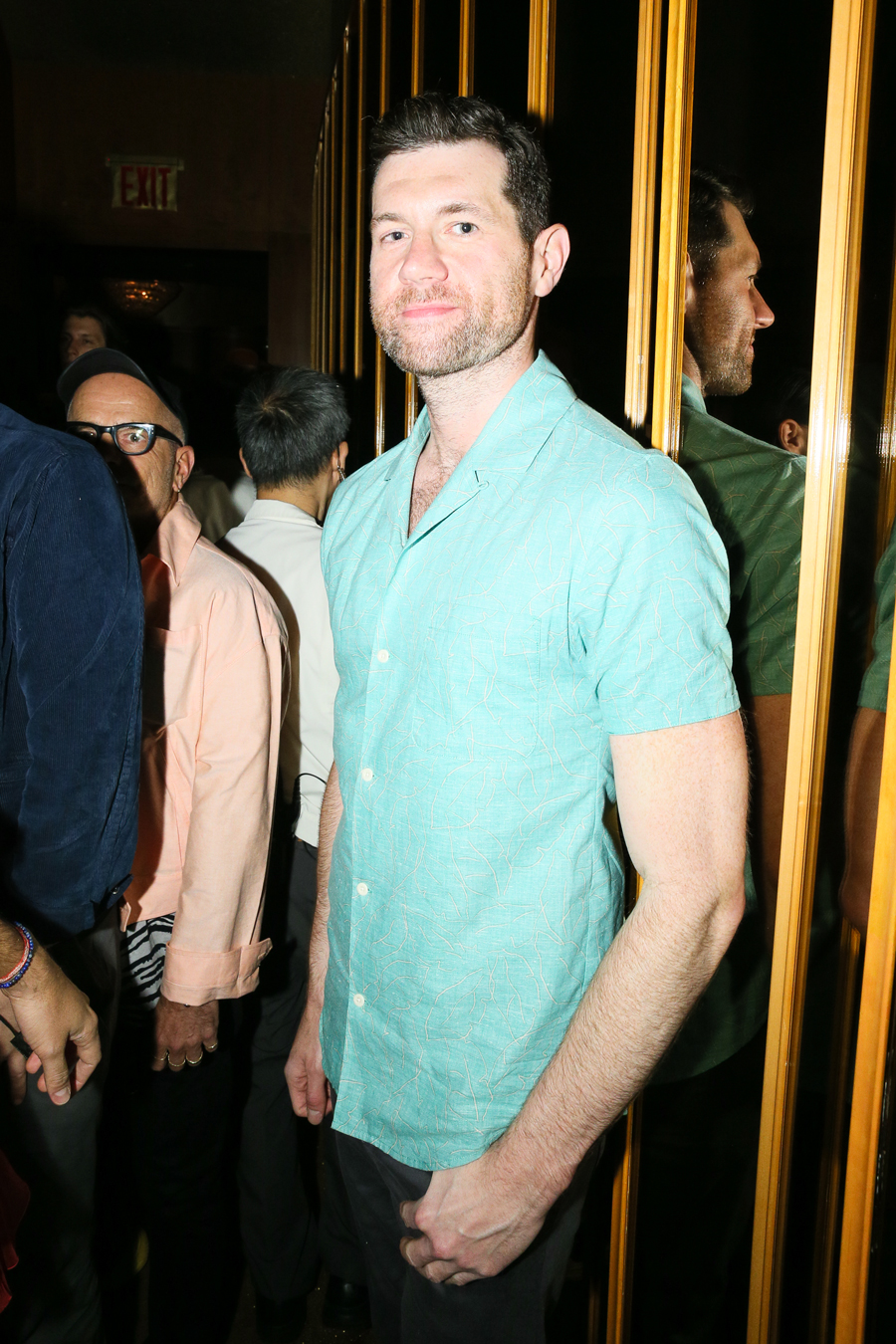 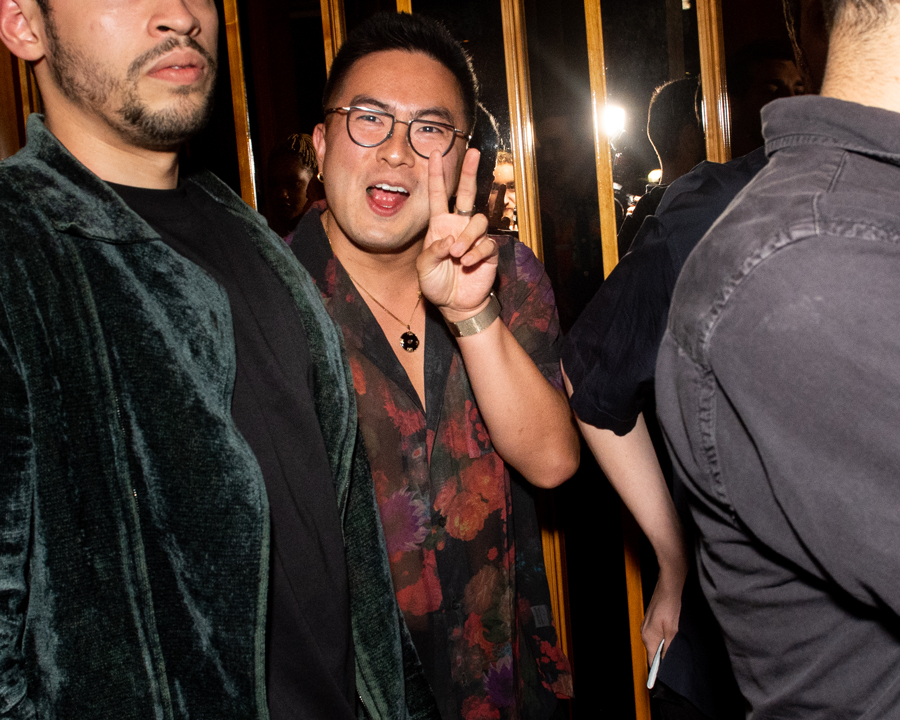 All photos by Matteo Prandoni/BFA.com