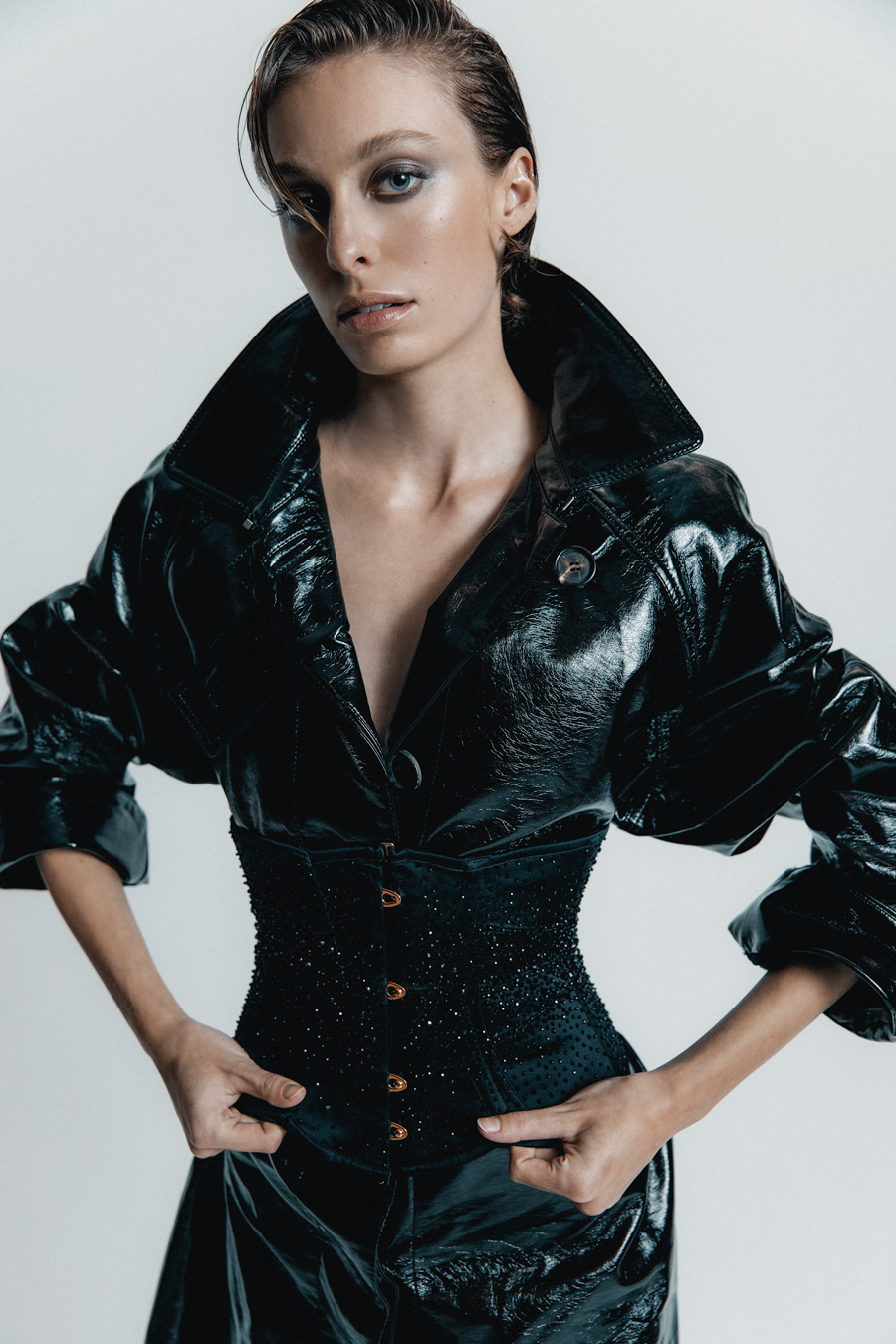 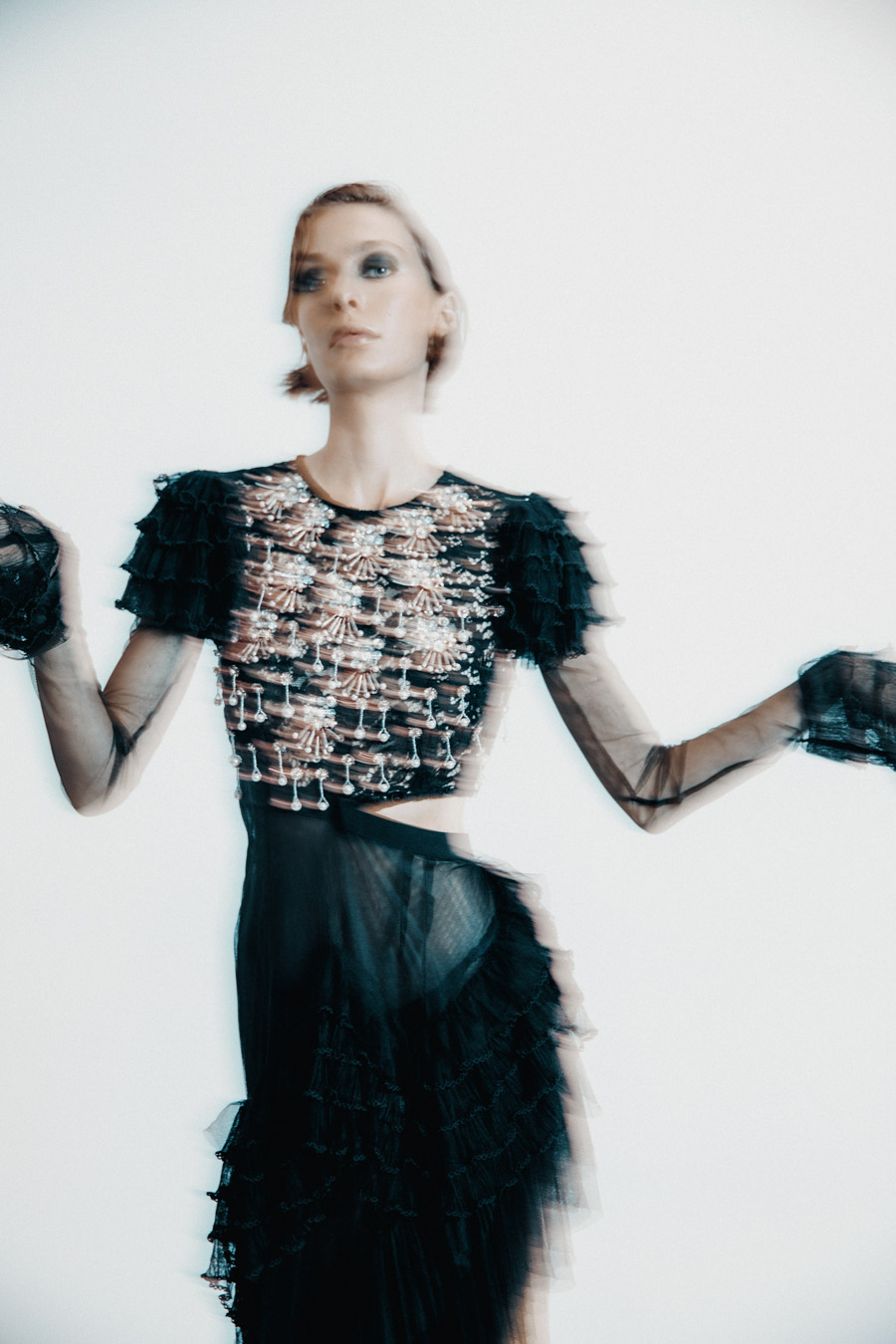 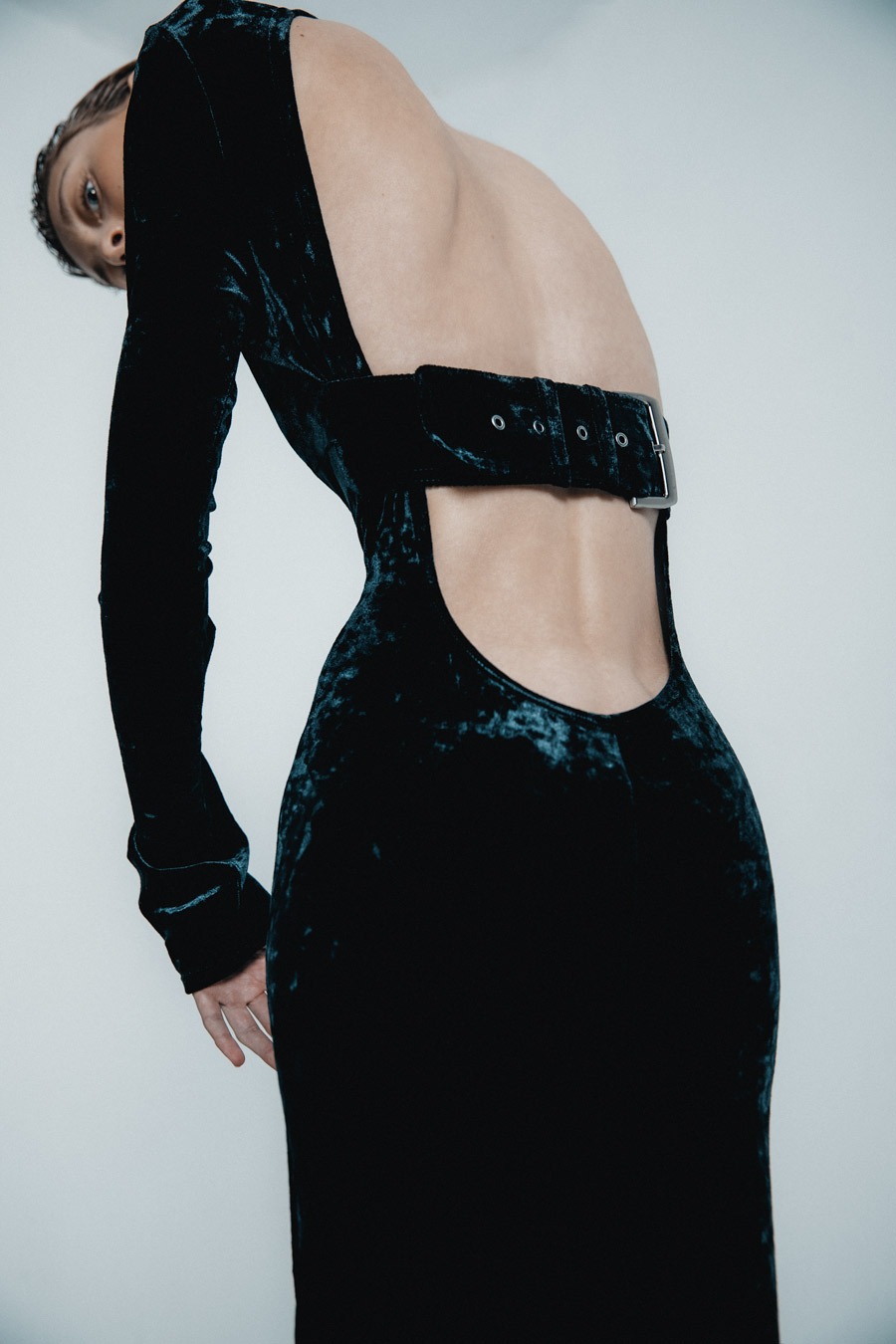 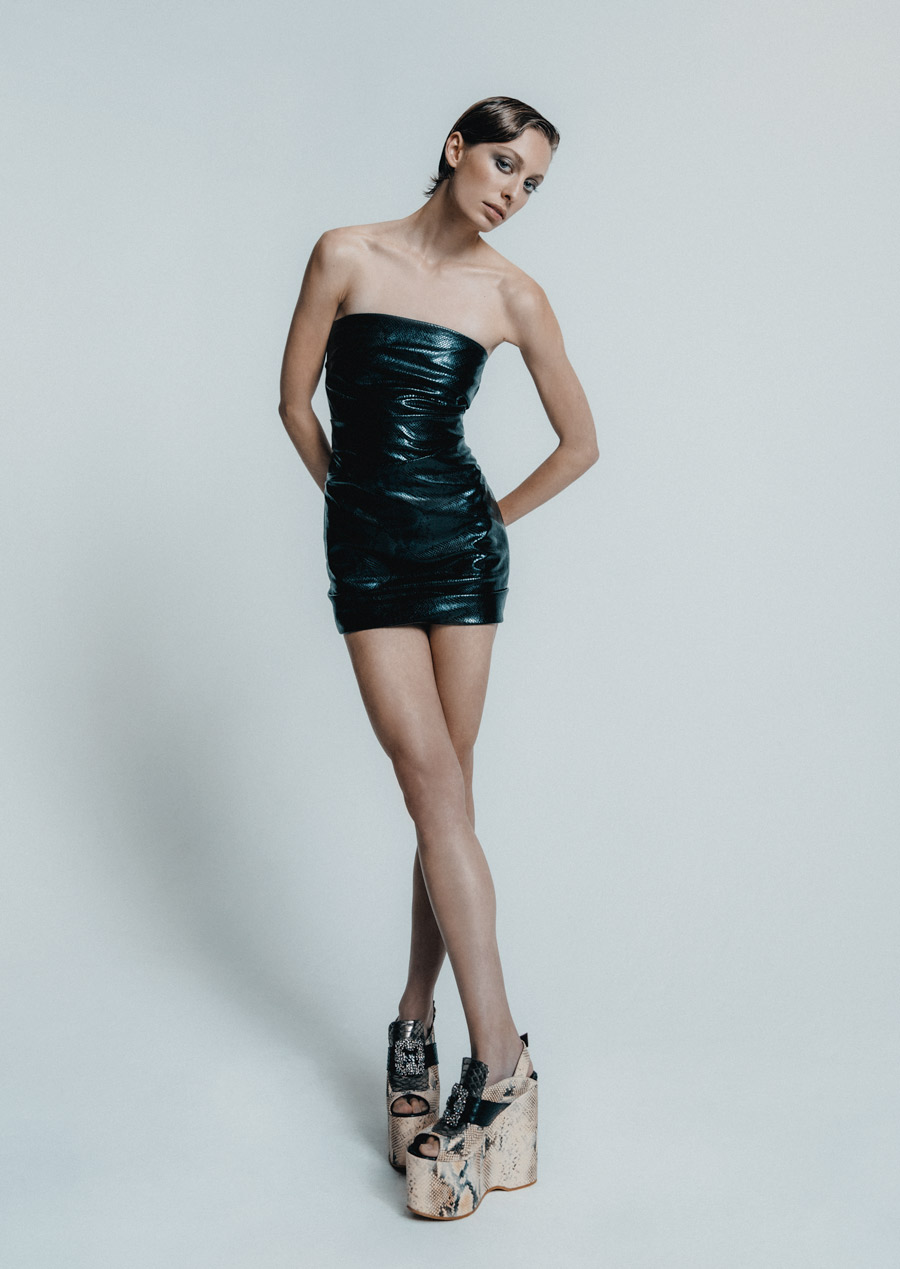 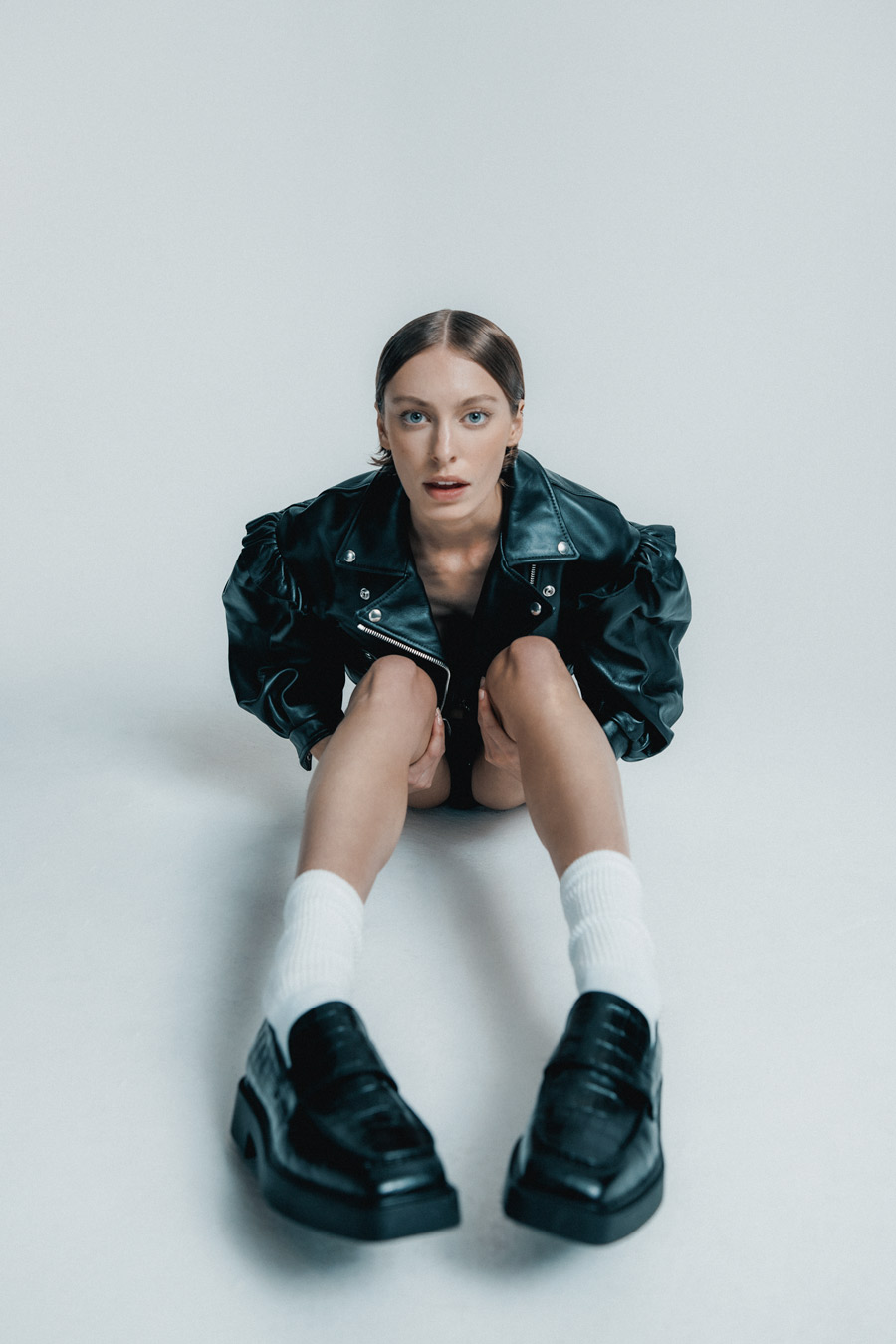 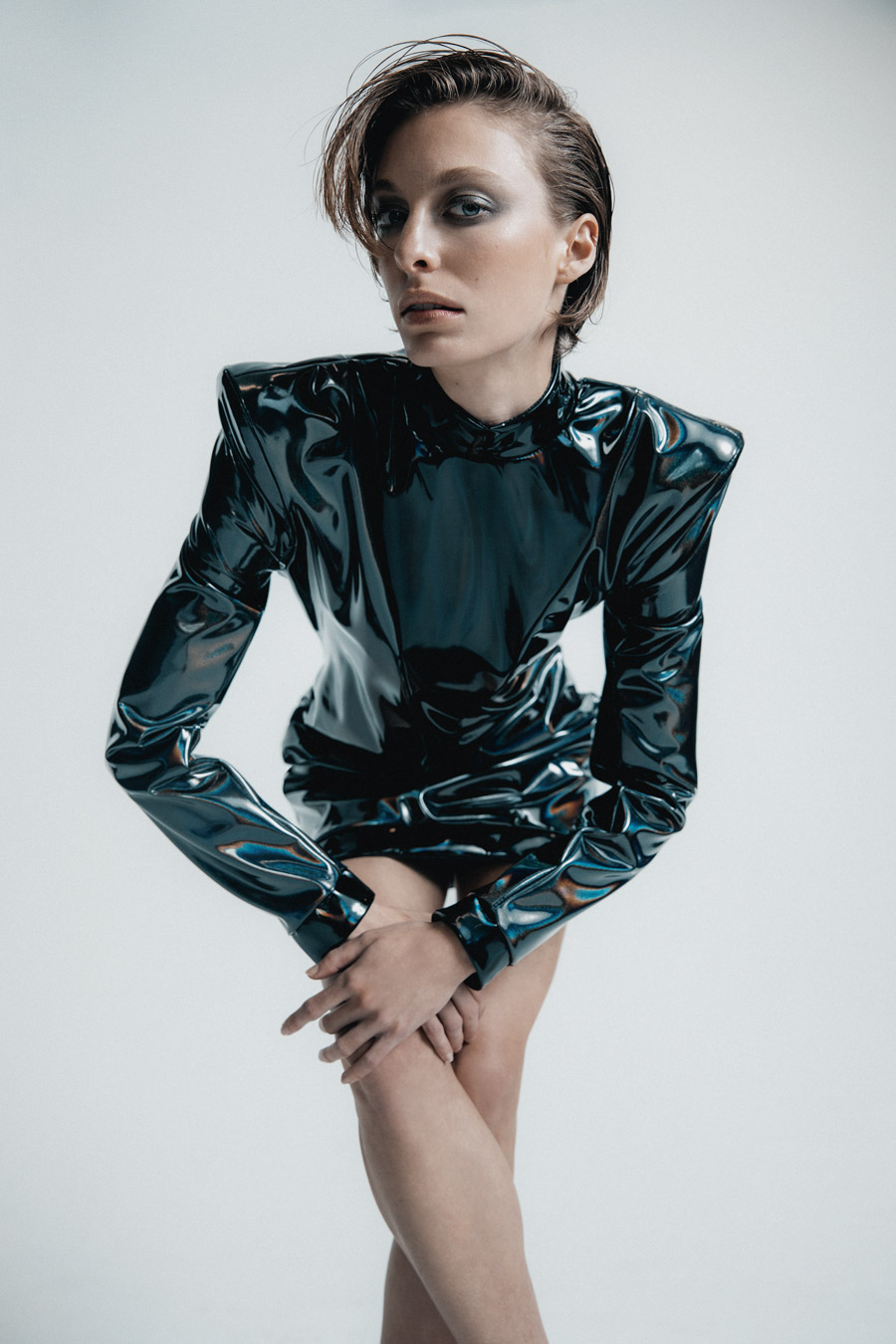 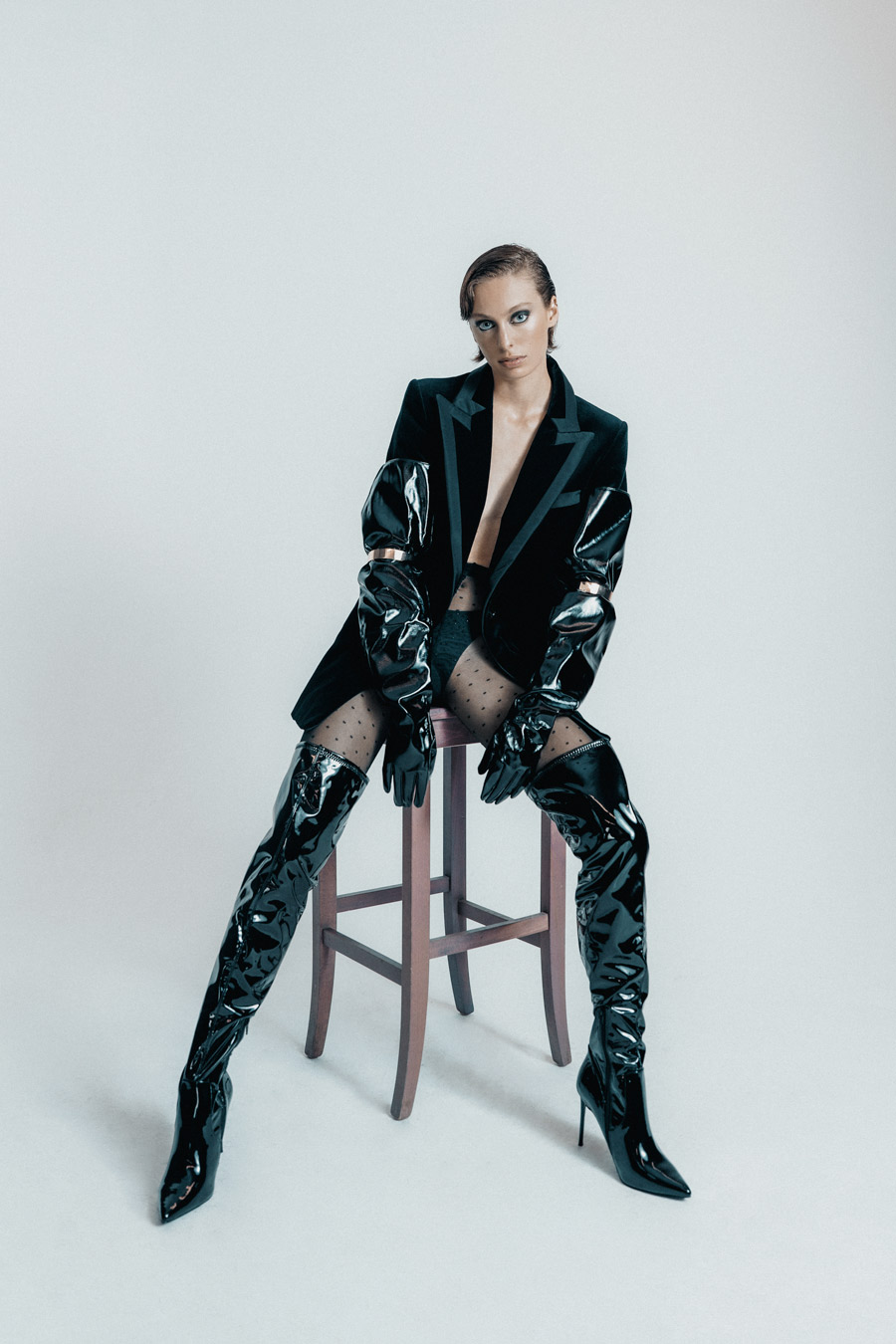 Jacket by Blaze Milano, Gloves and Boots are stylists own 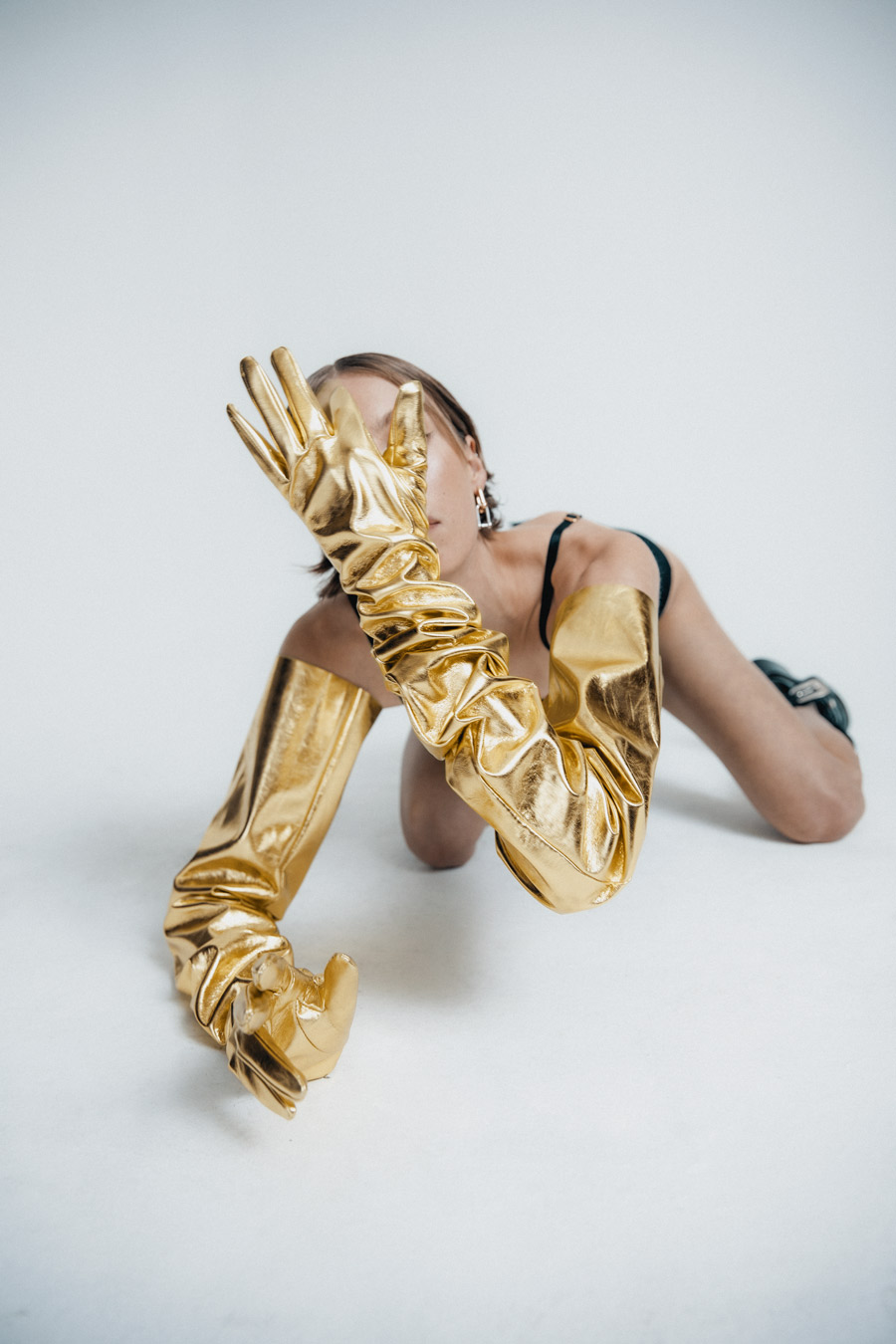 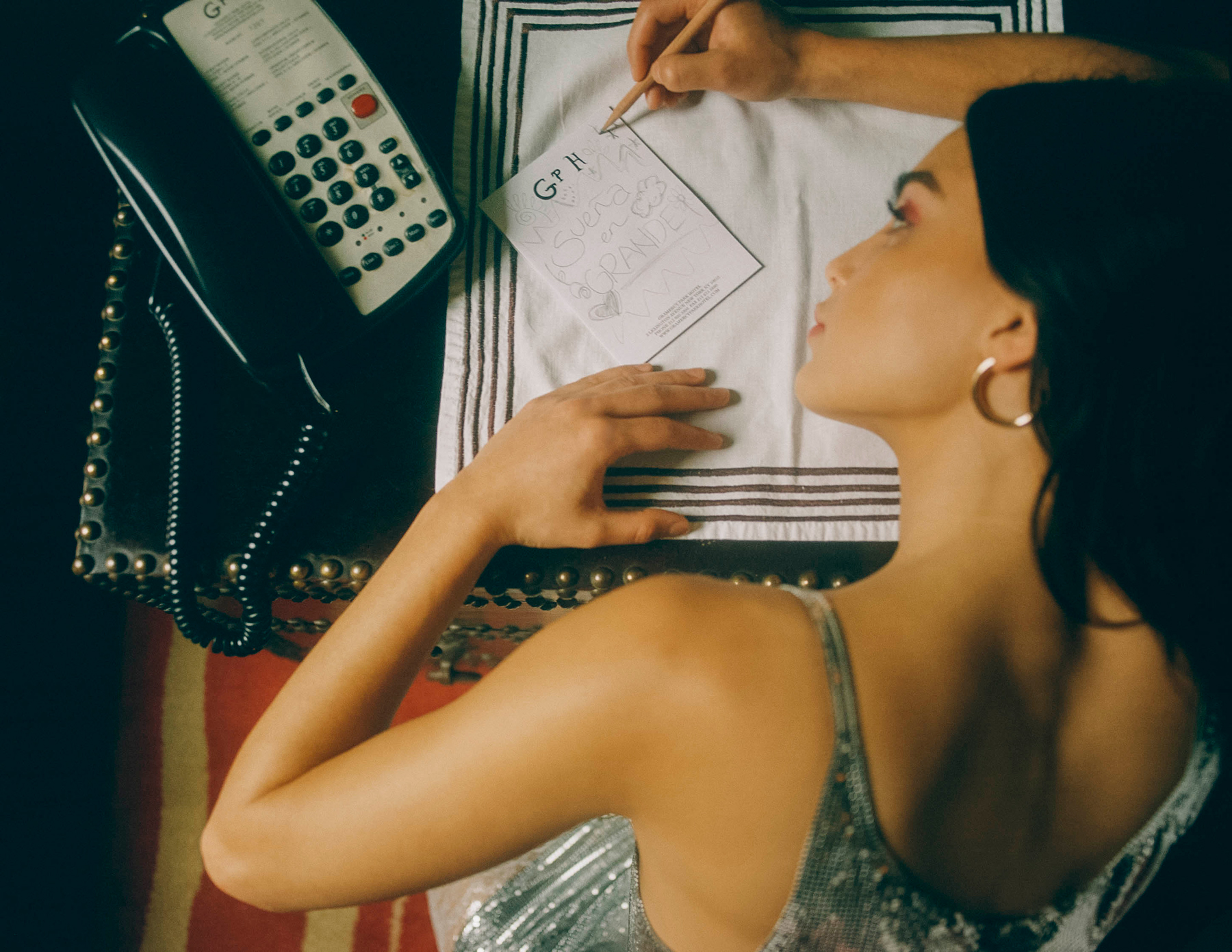 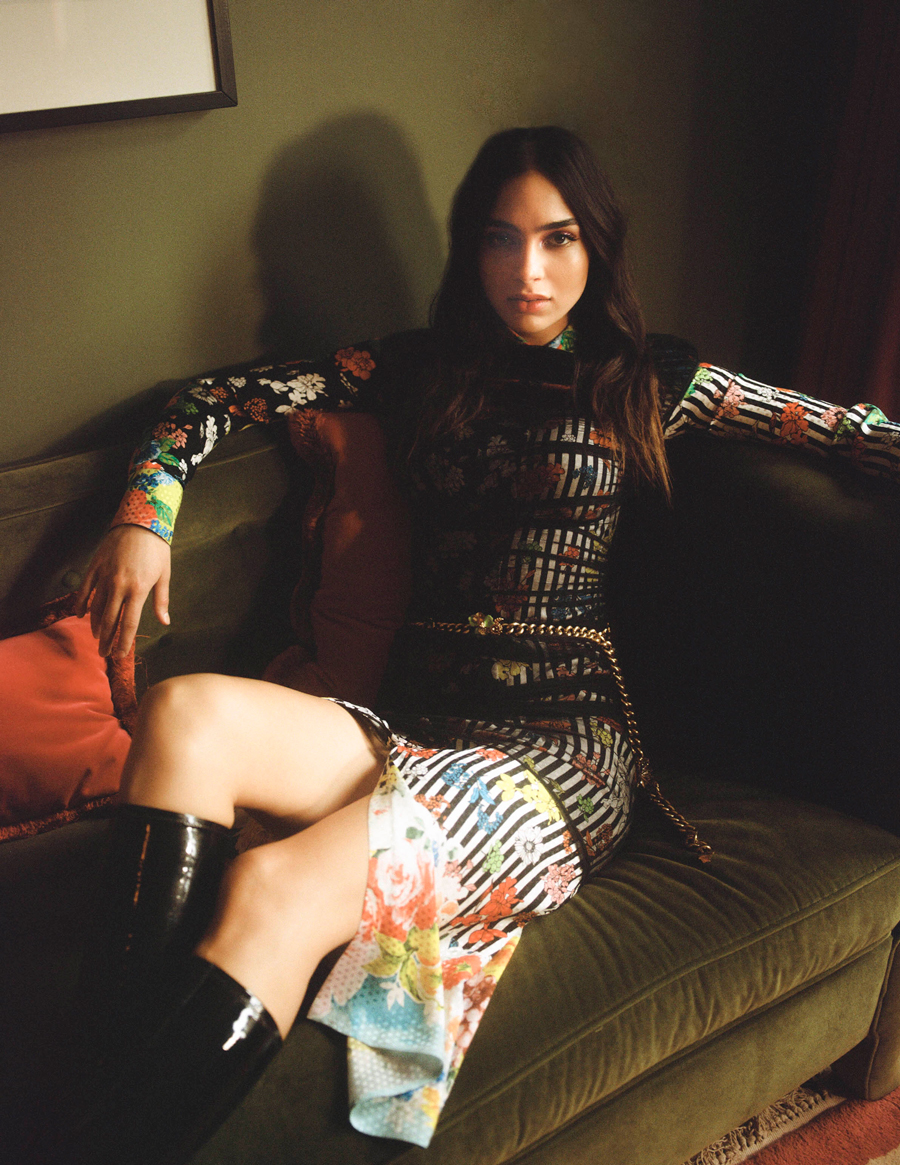 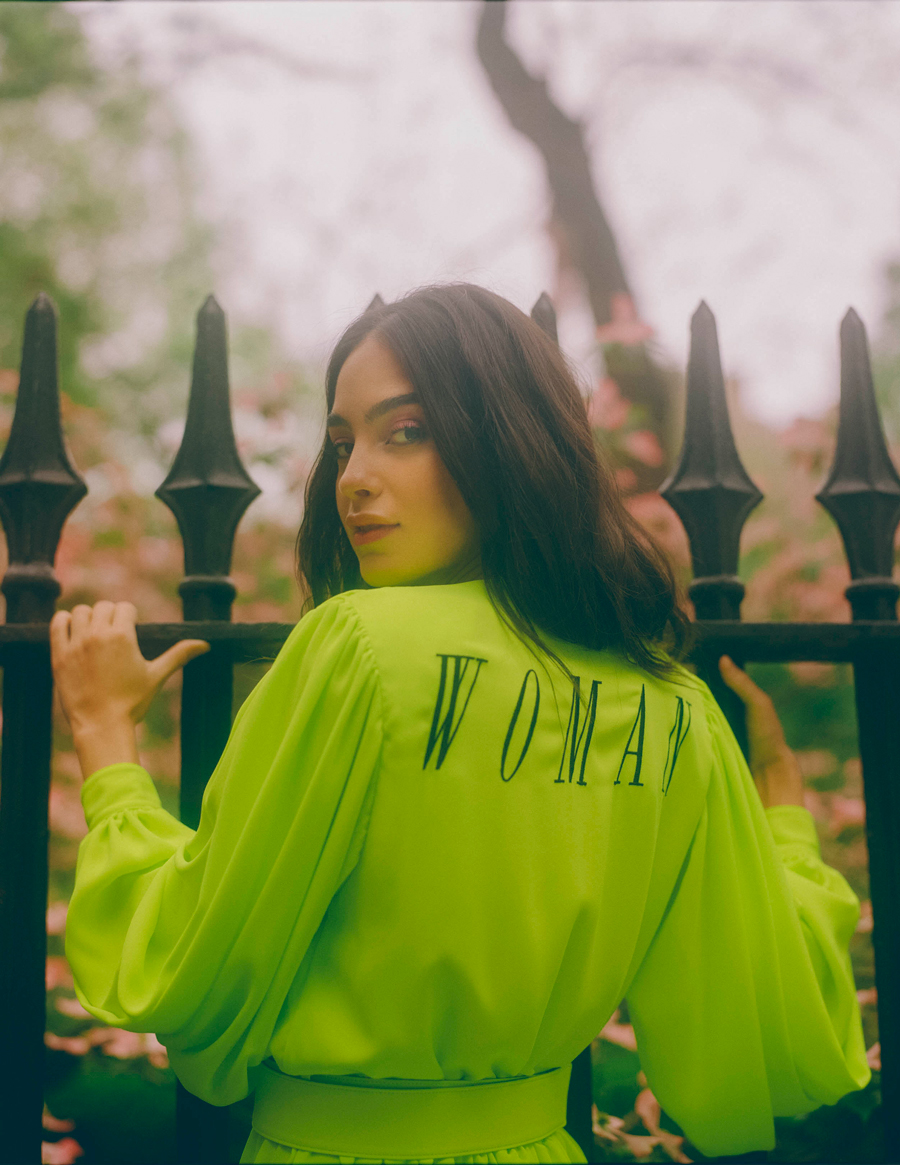 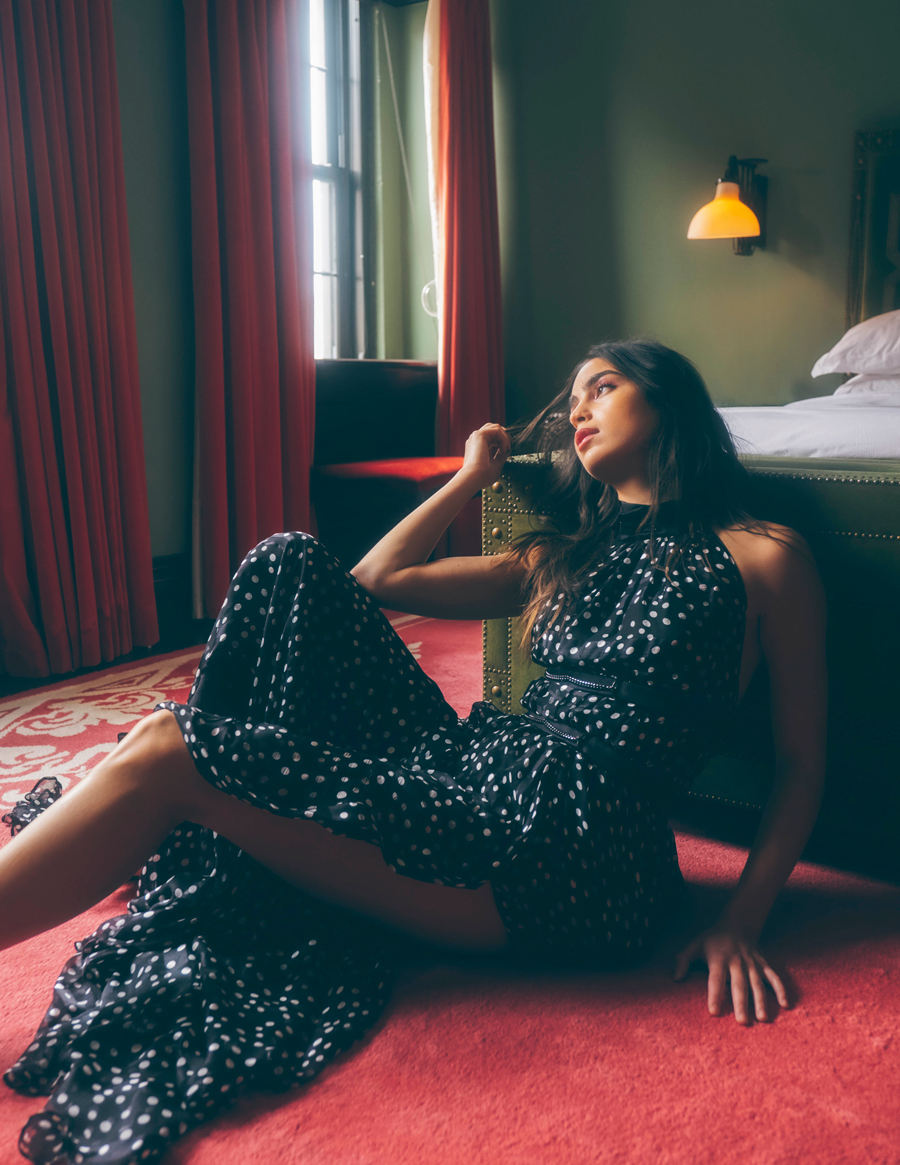 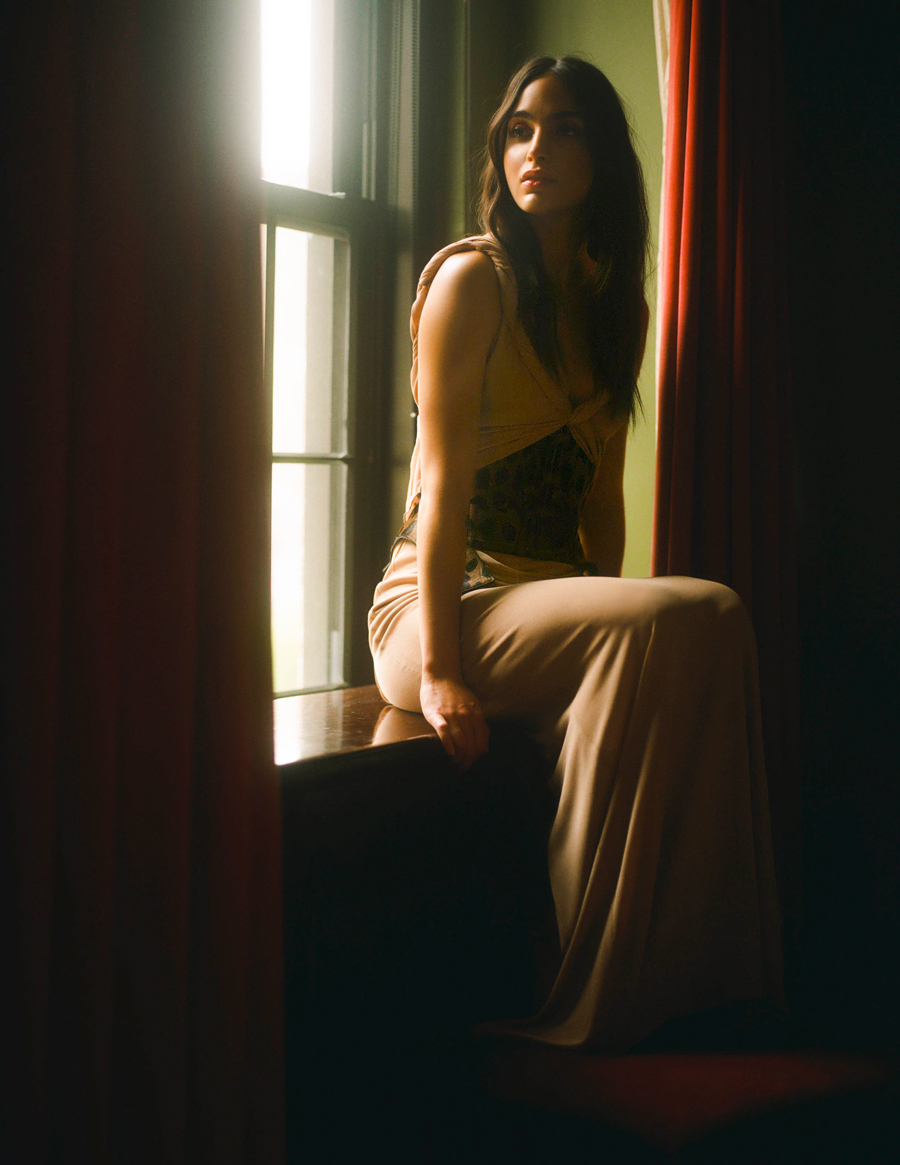 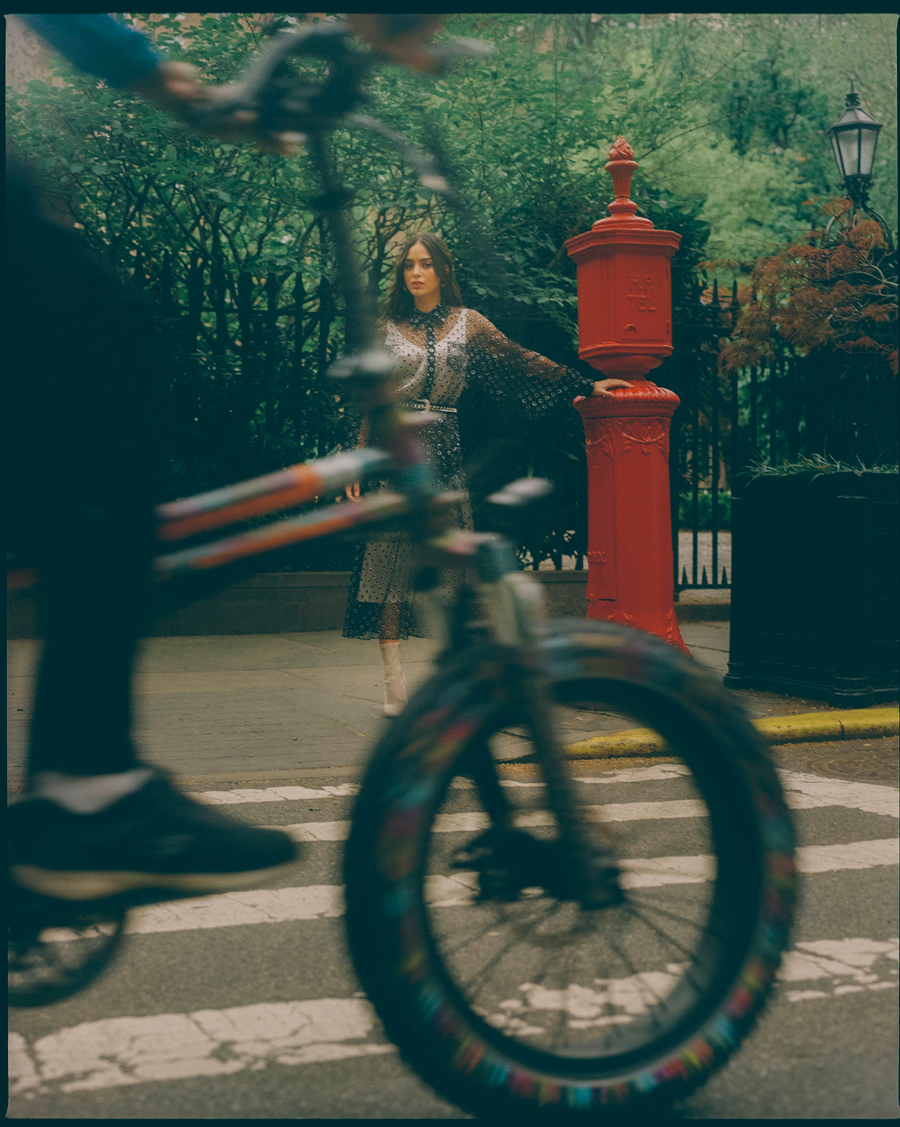 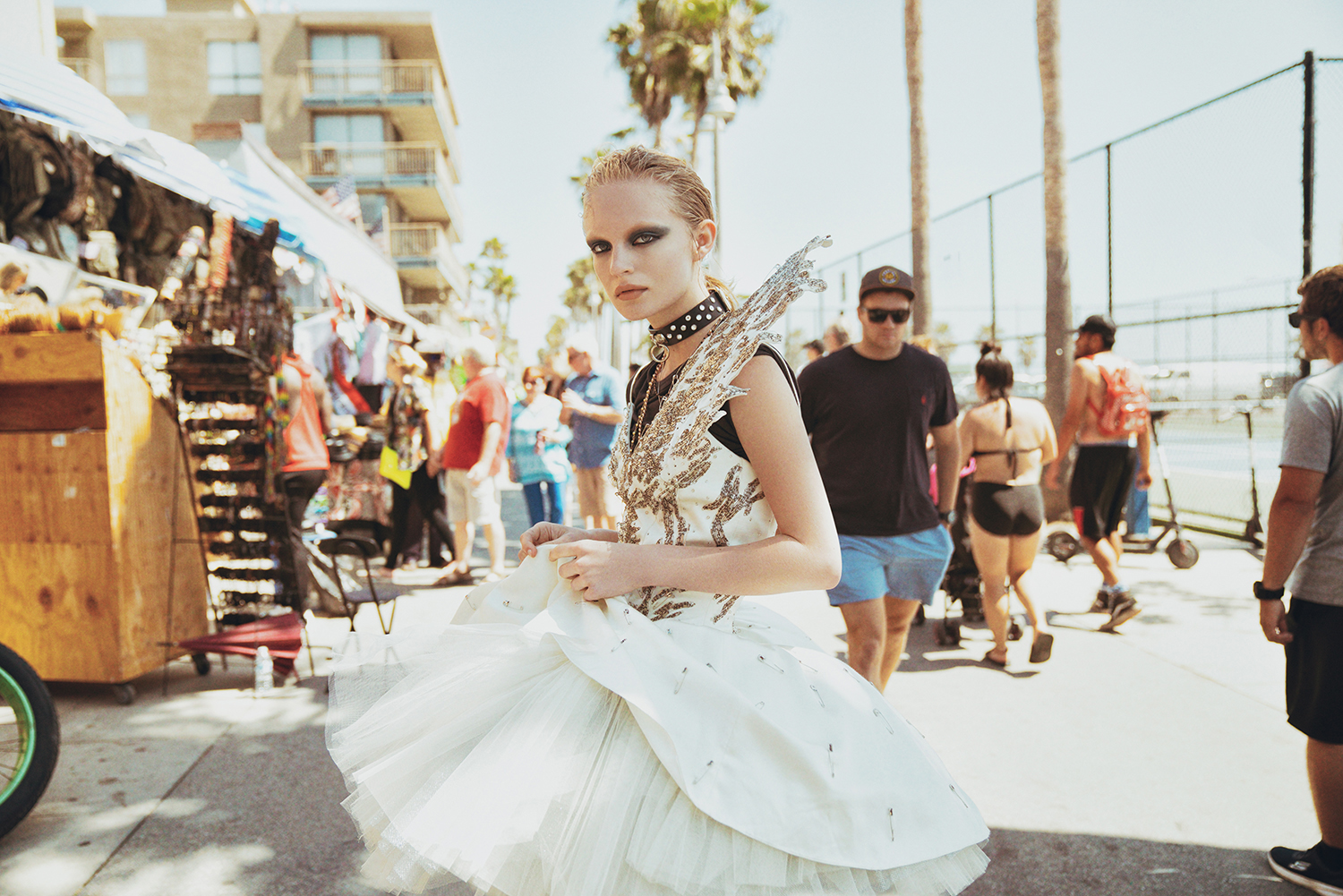 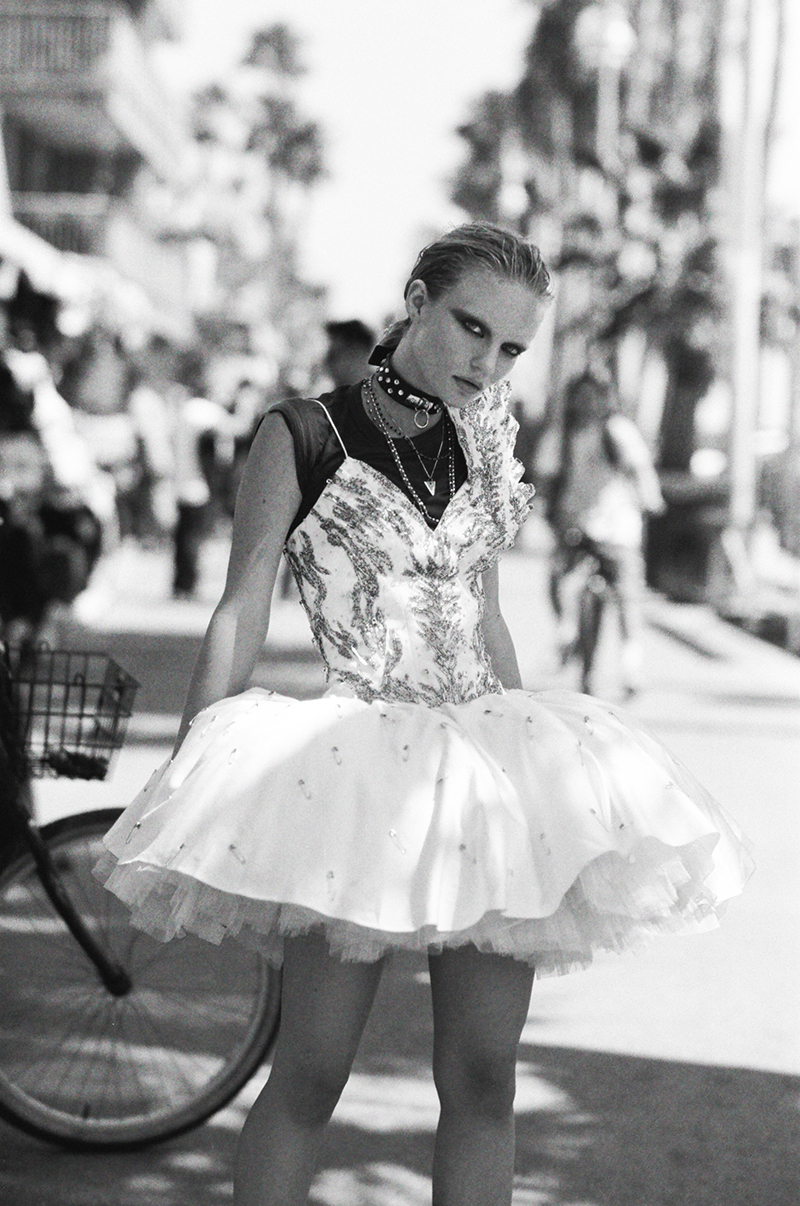 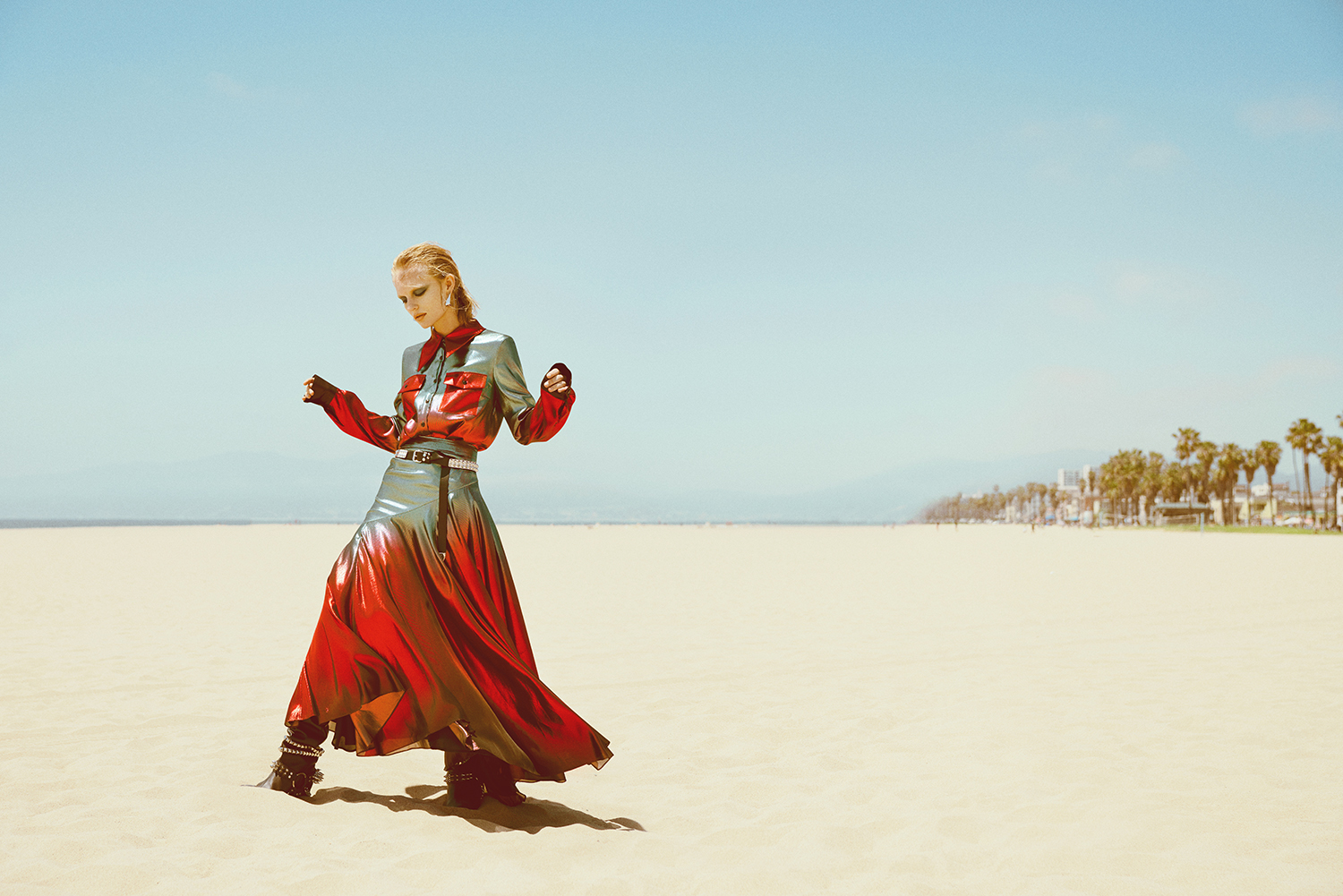 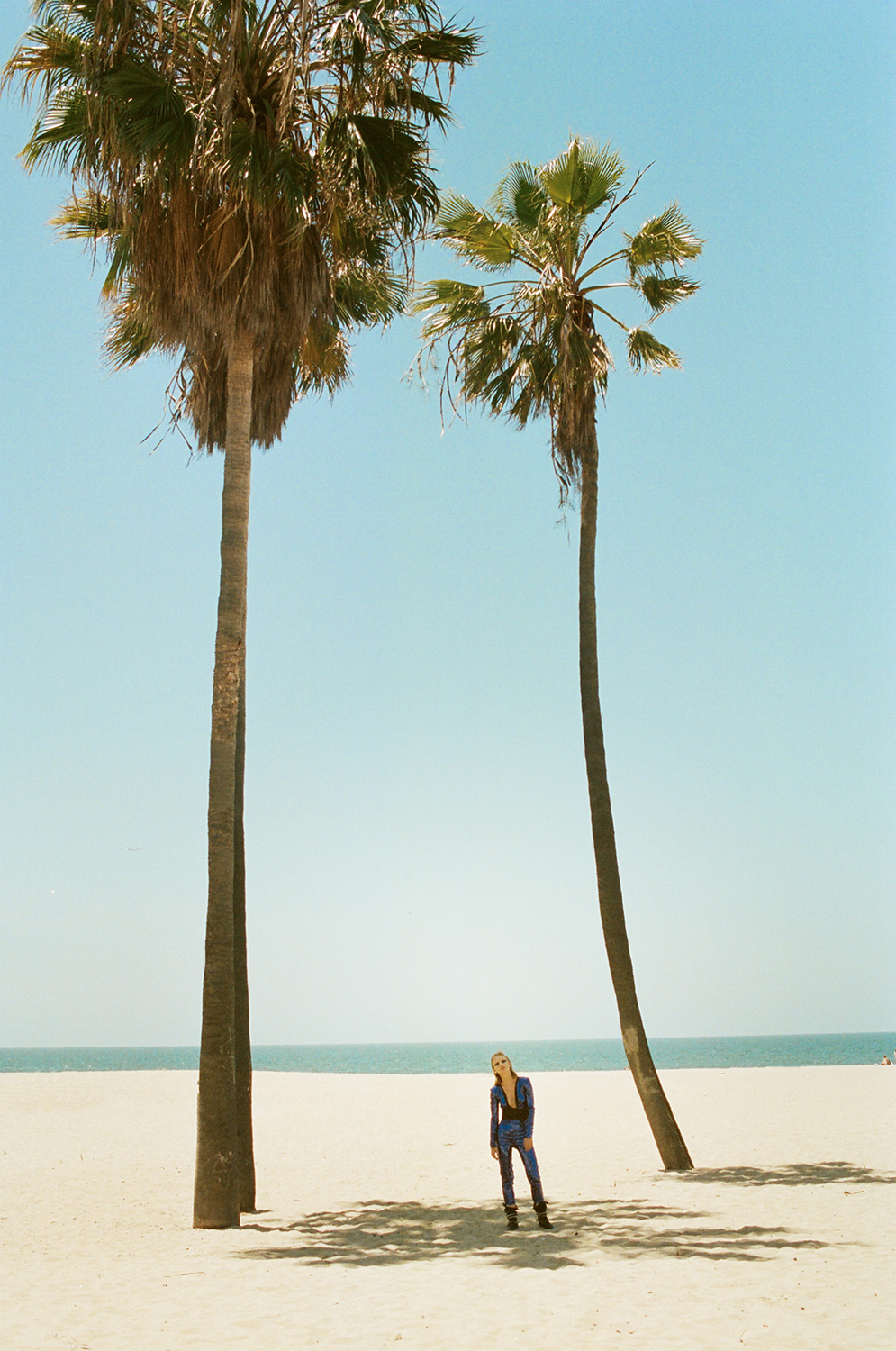 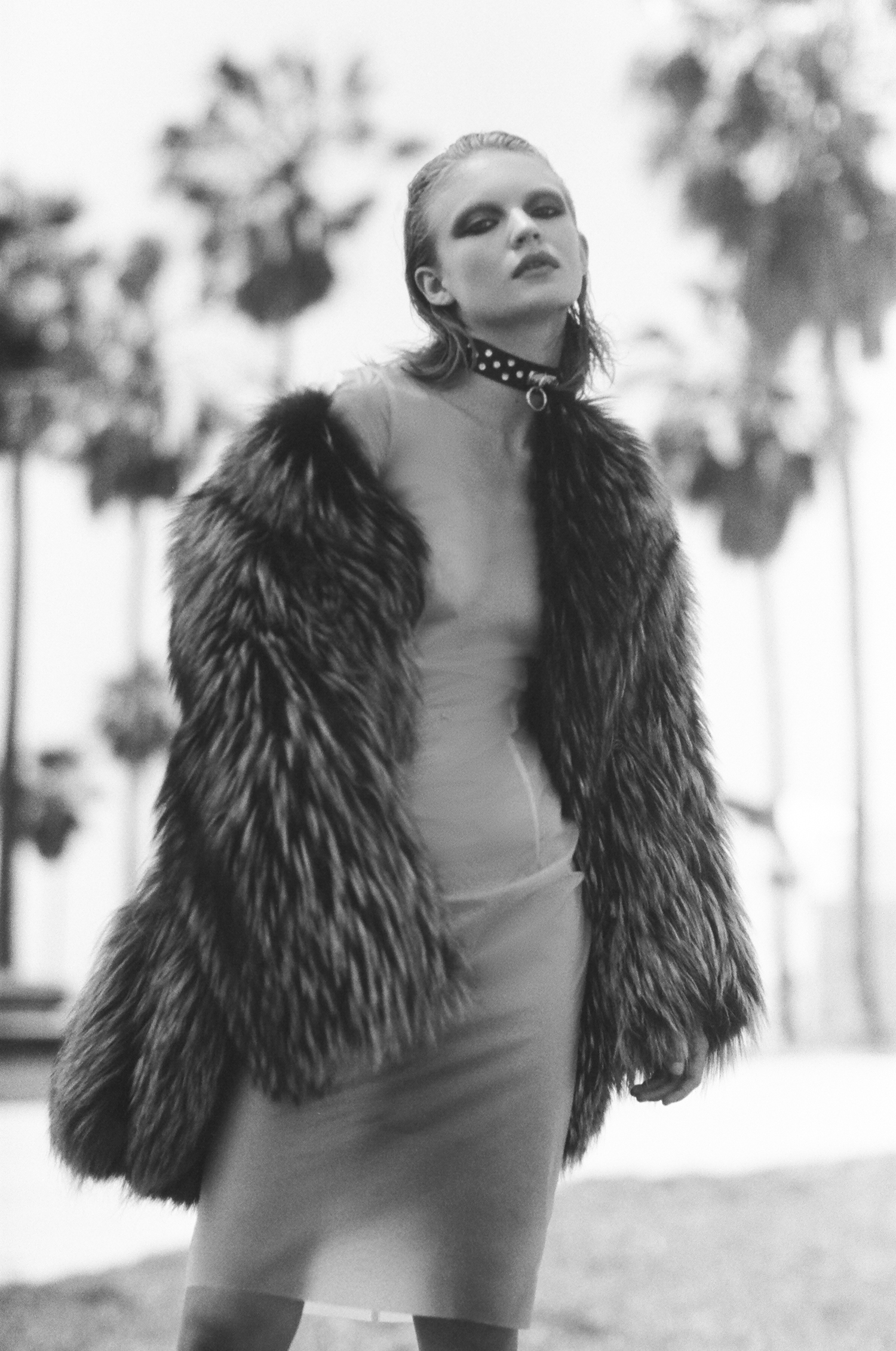 Choker by Moschino | Dress by Carolina Sarria | Fur by Georgine 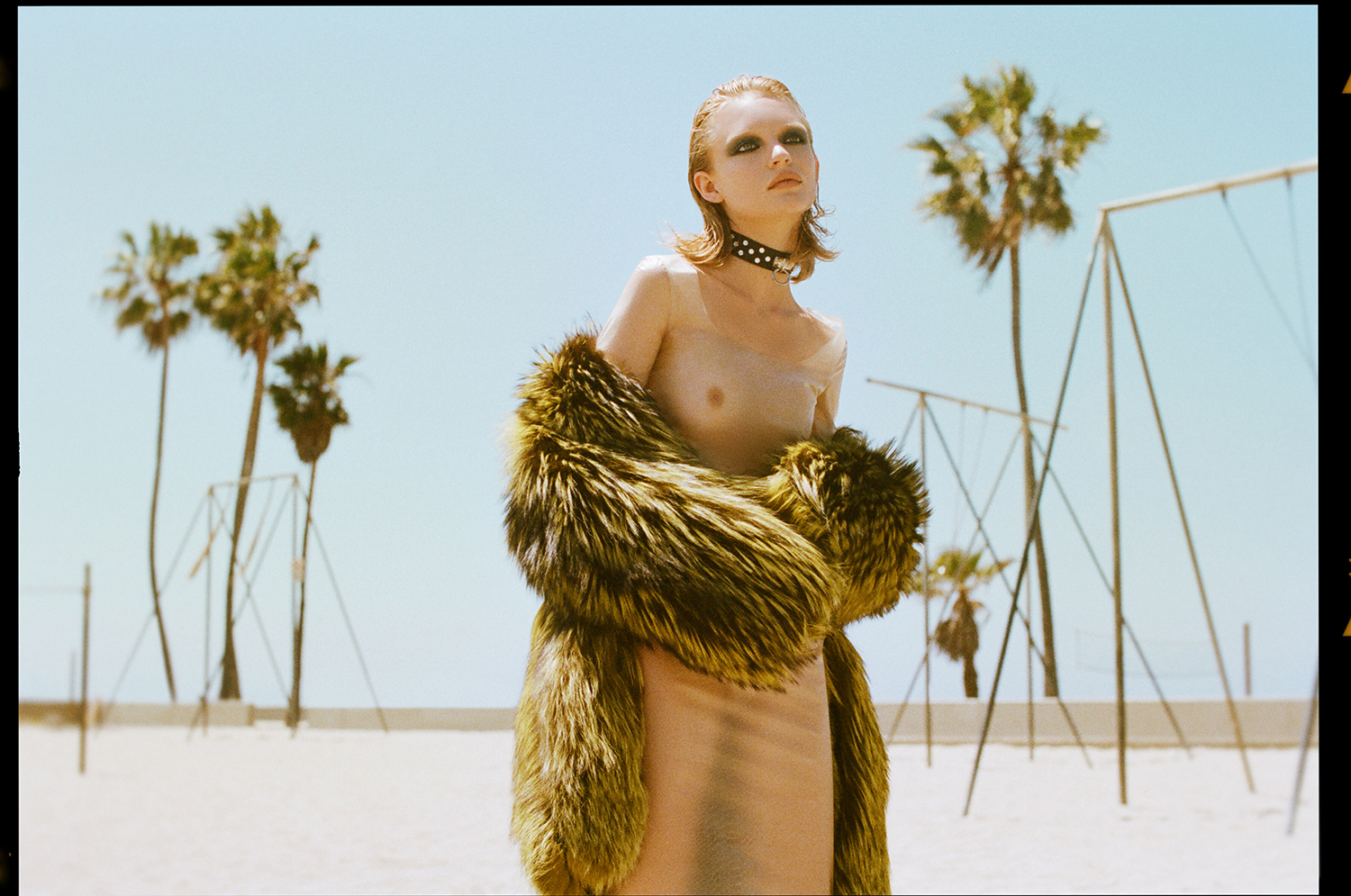 Choker by Moschino | Dress and Fur by TKTKT 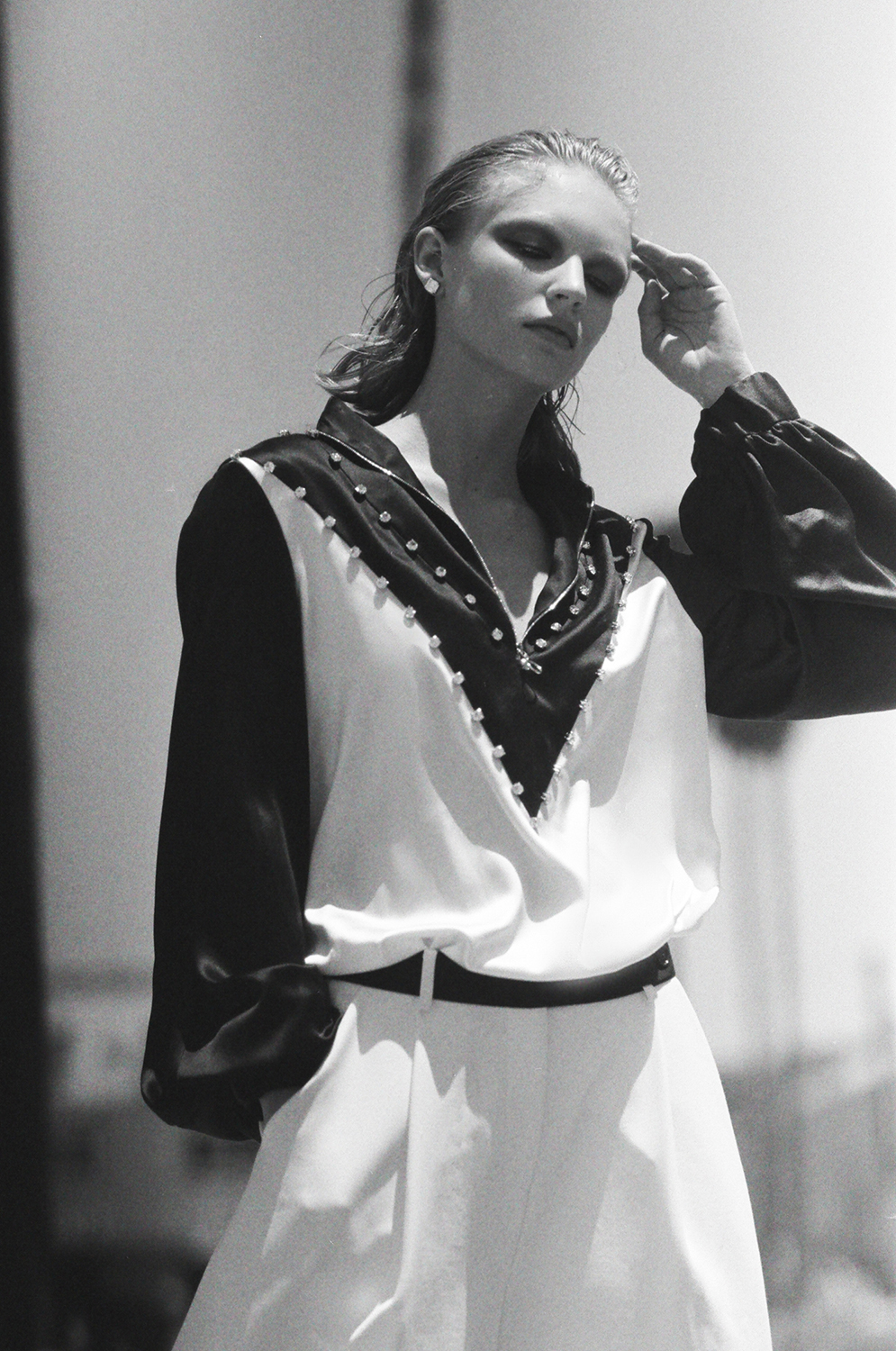 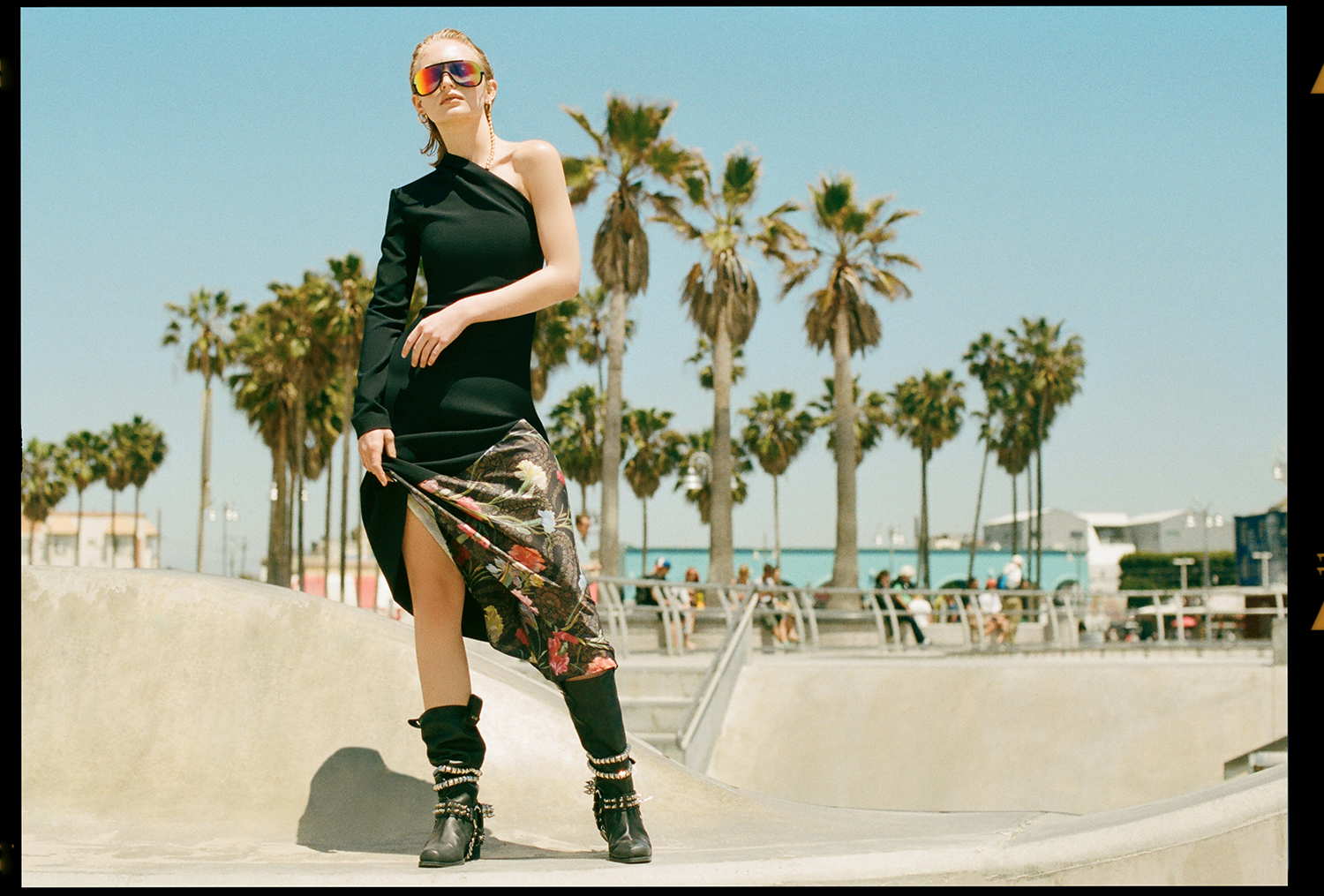 Dress by Off-White | Boots by Moschino | Earrings by Jennifer Fisher