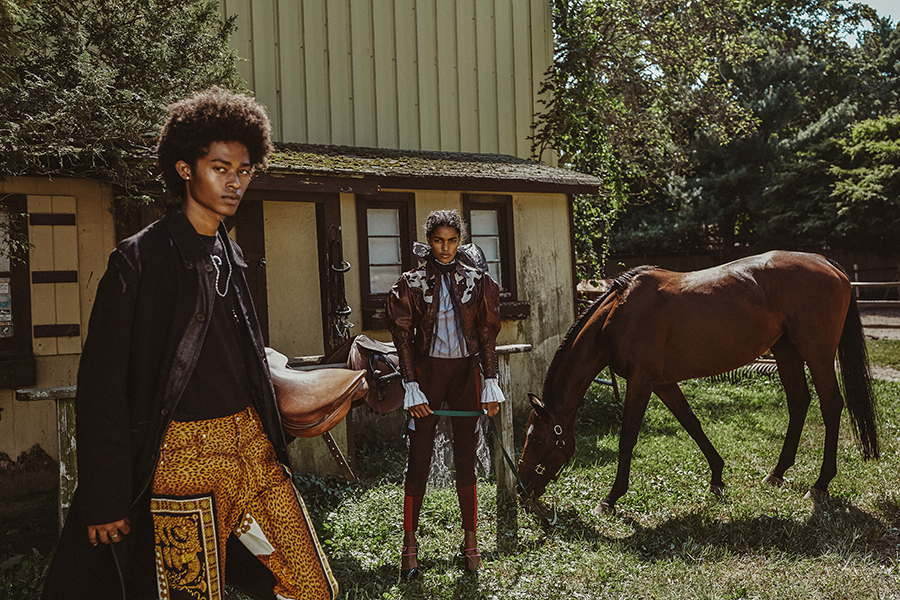 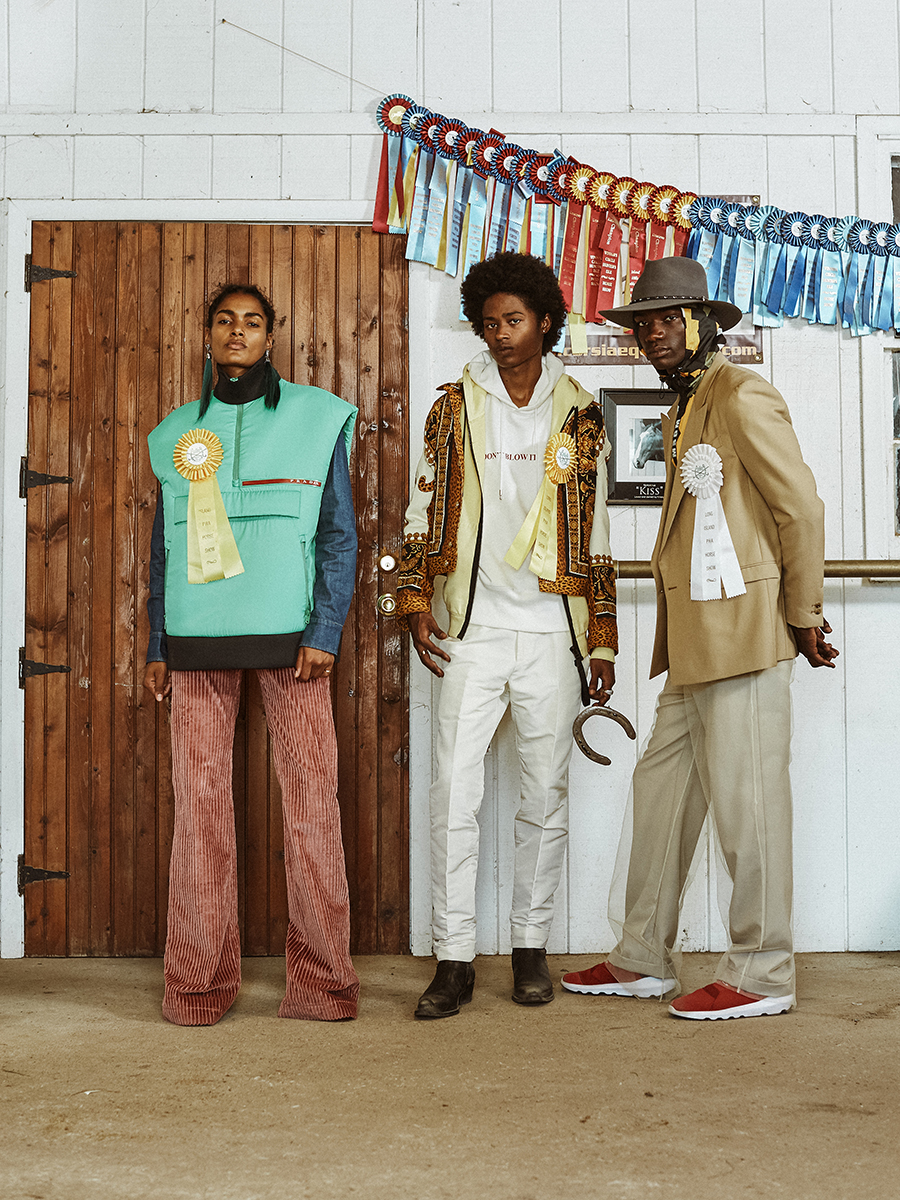 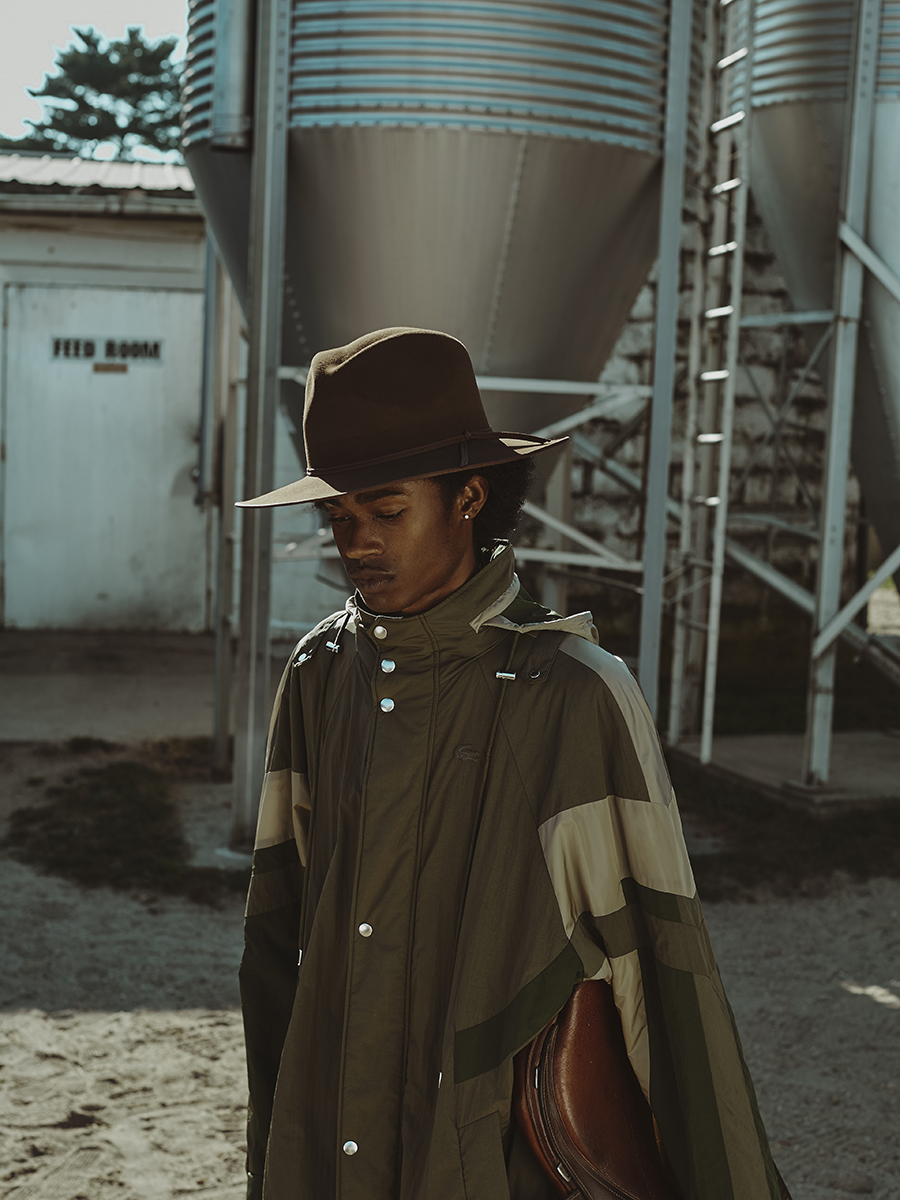 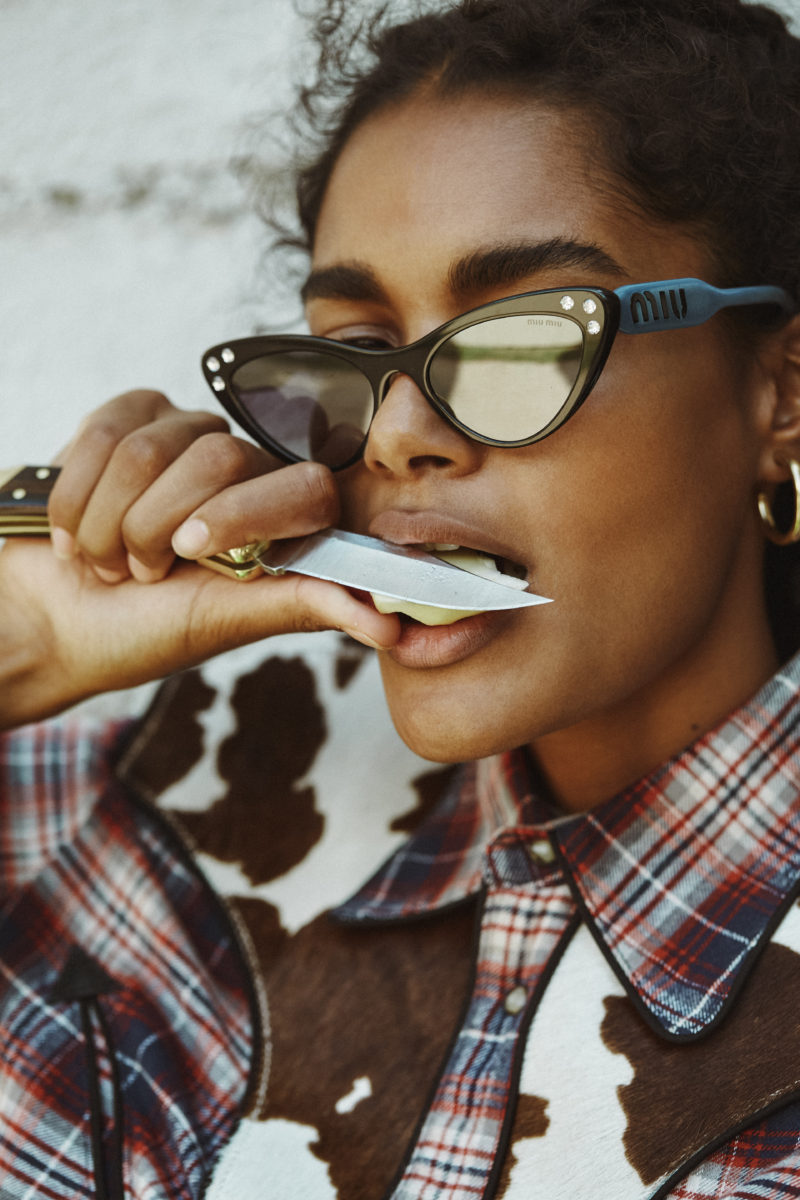 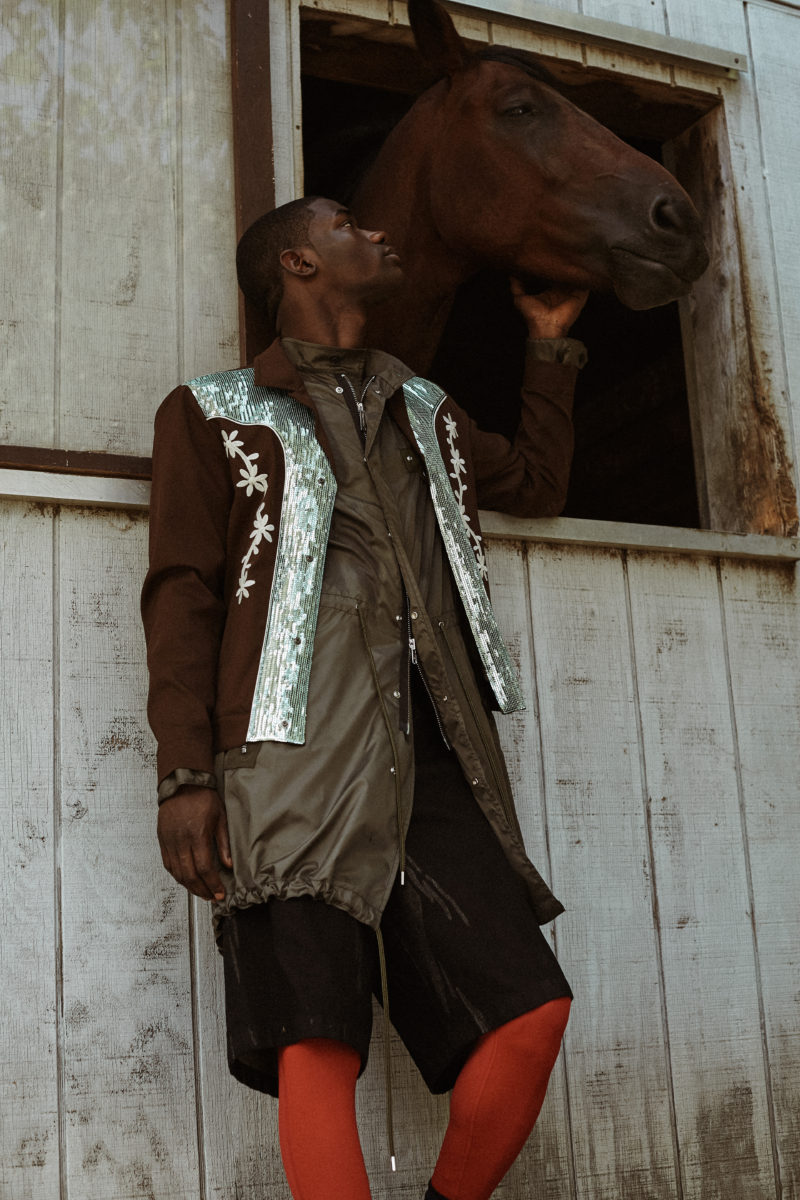 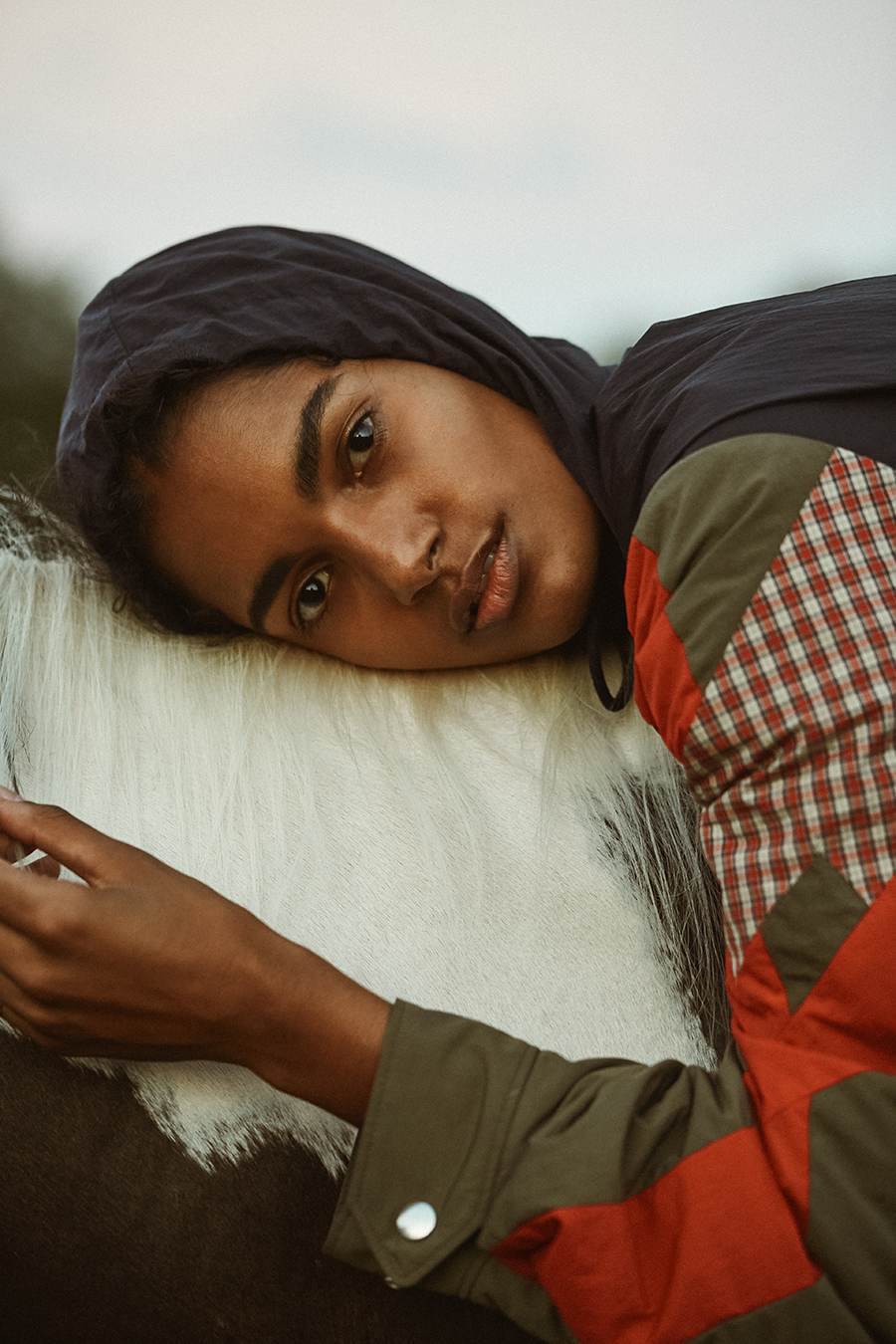 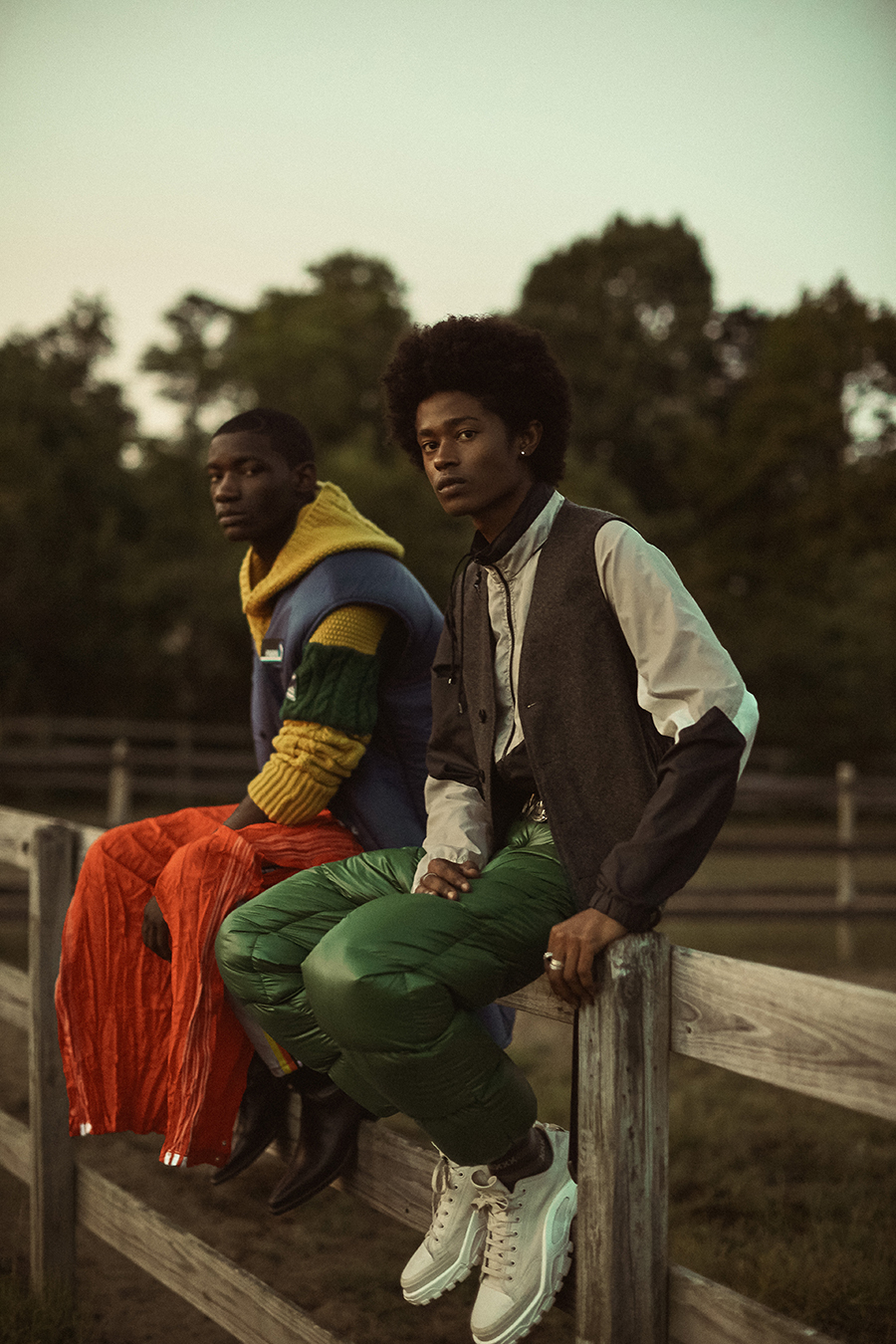 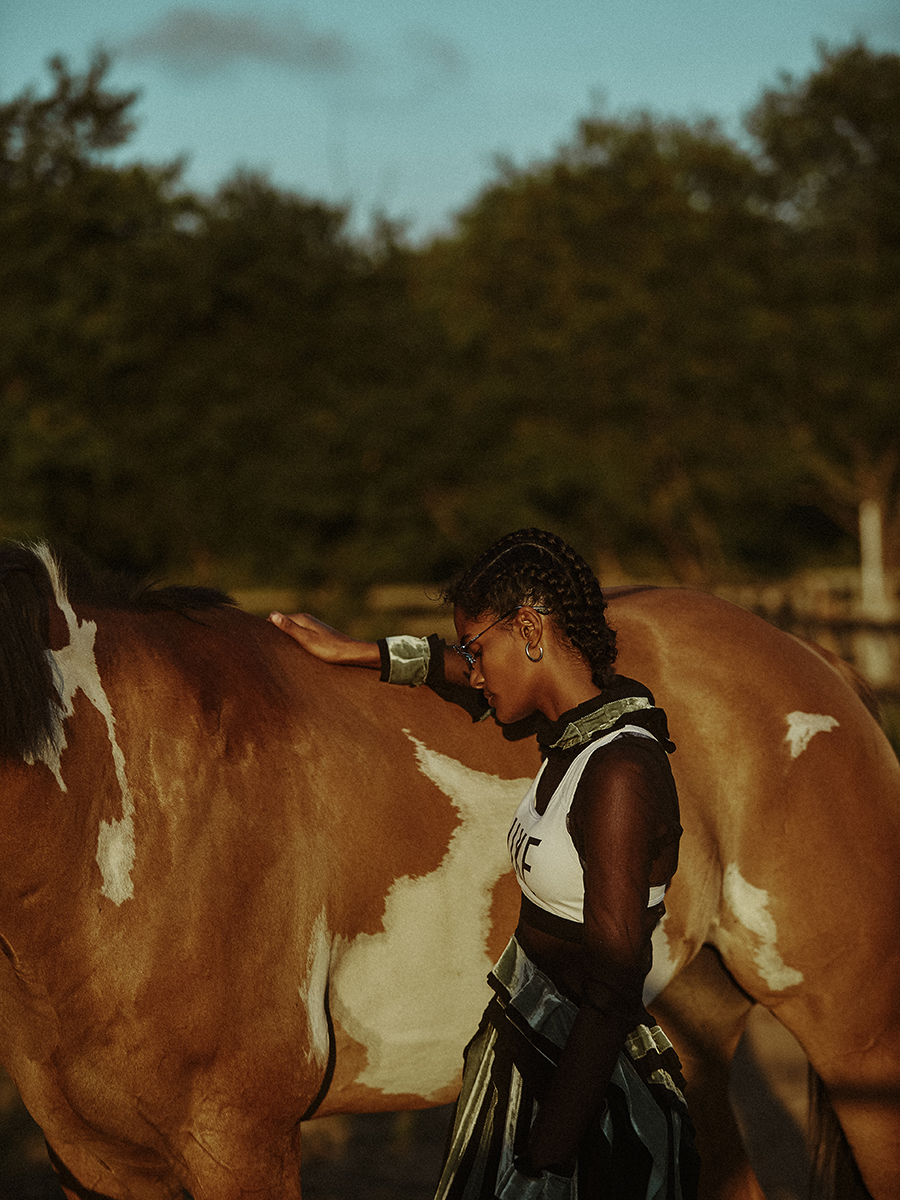 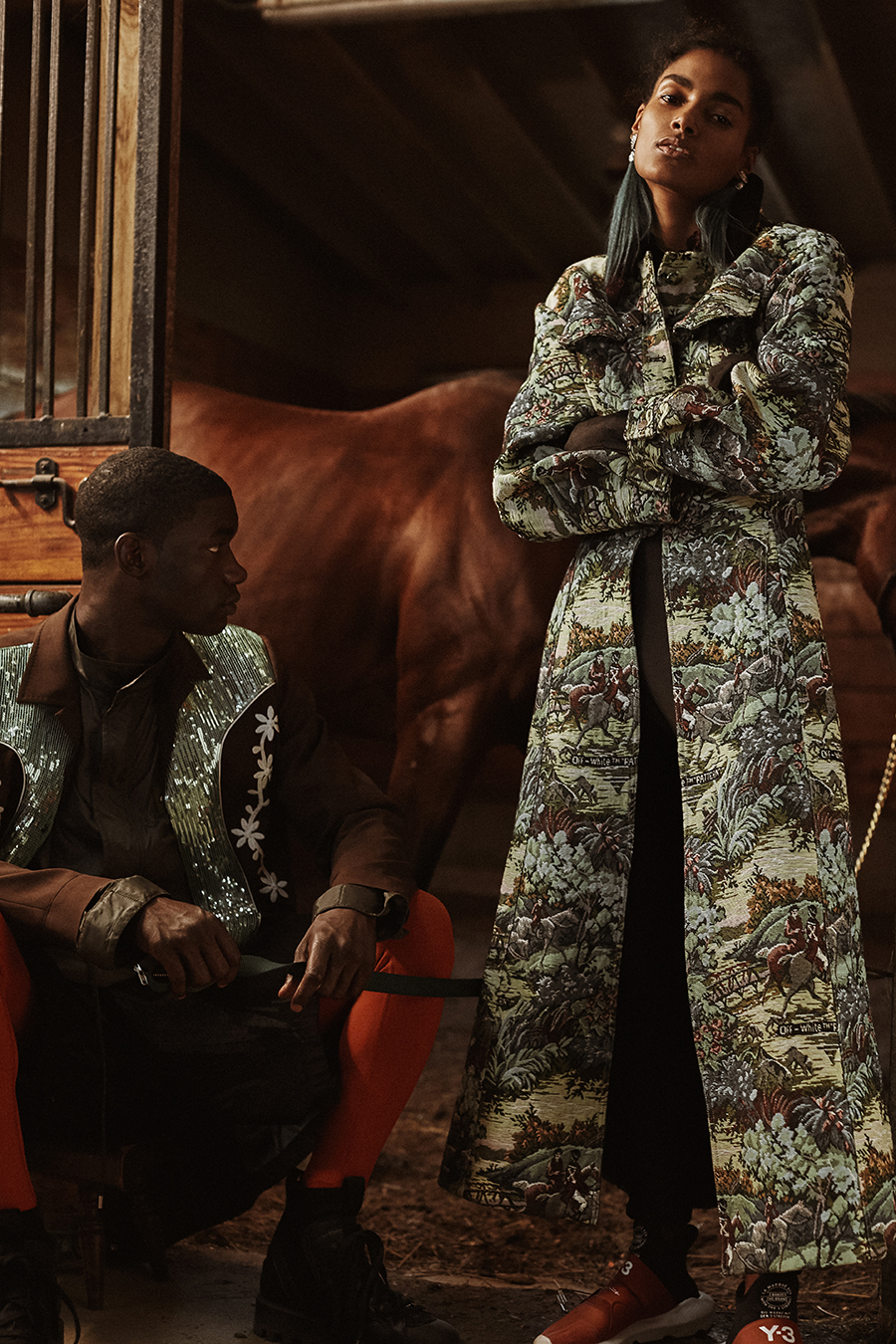 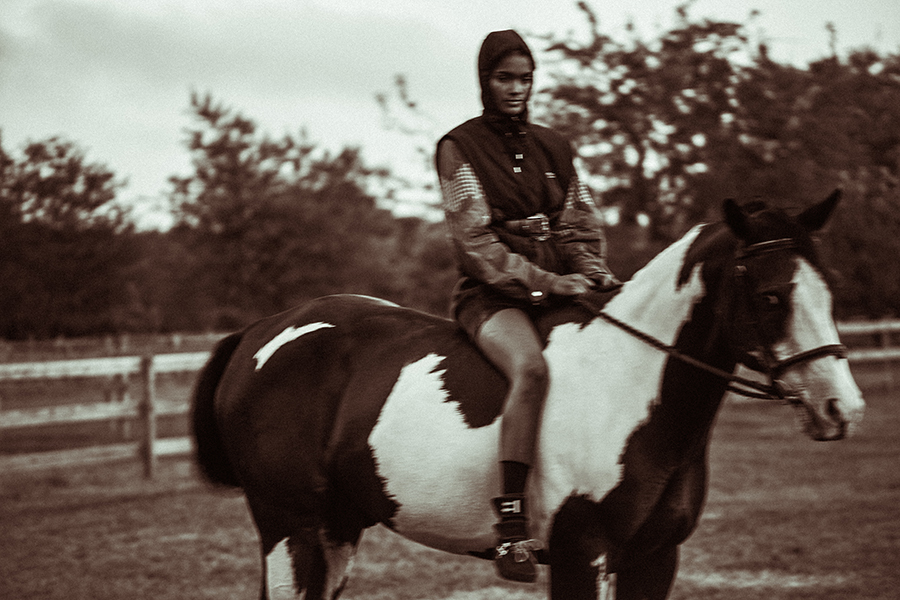 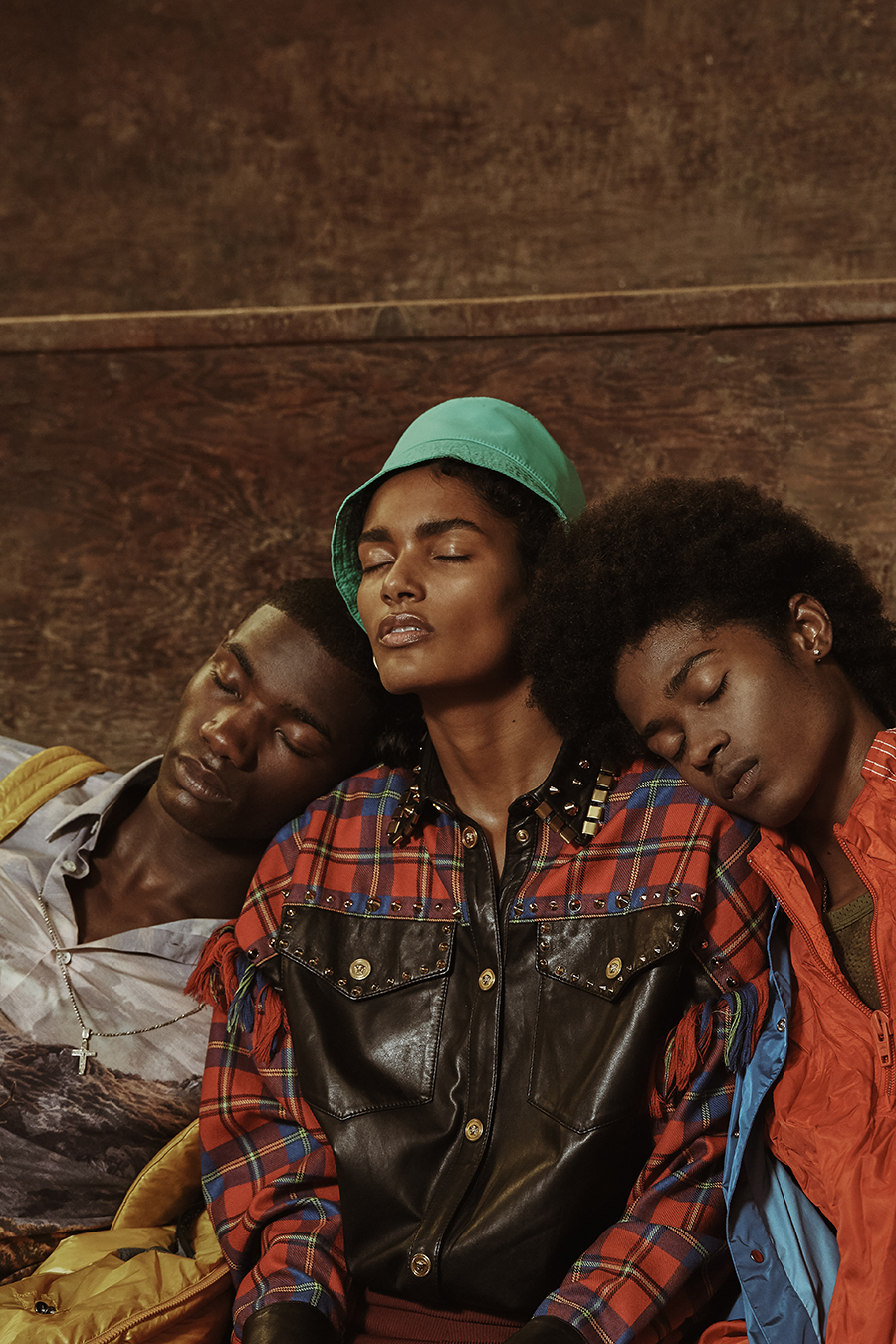 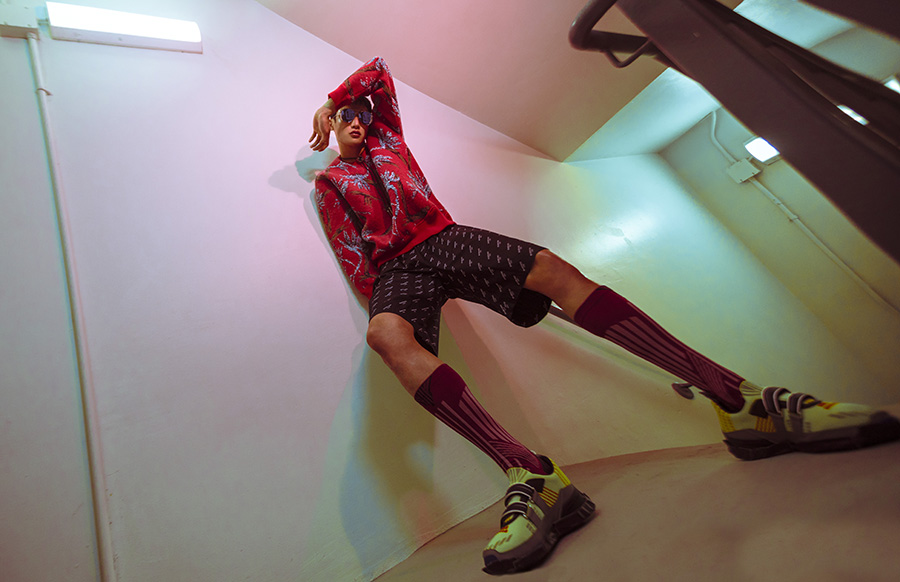 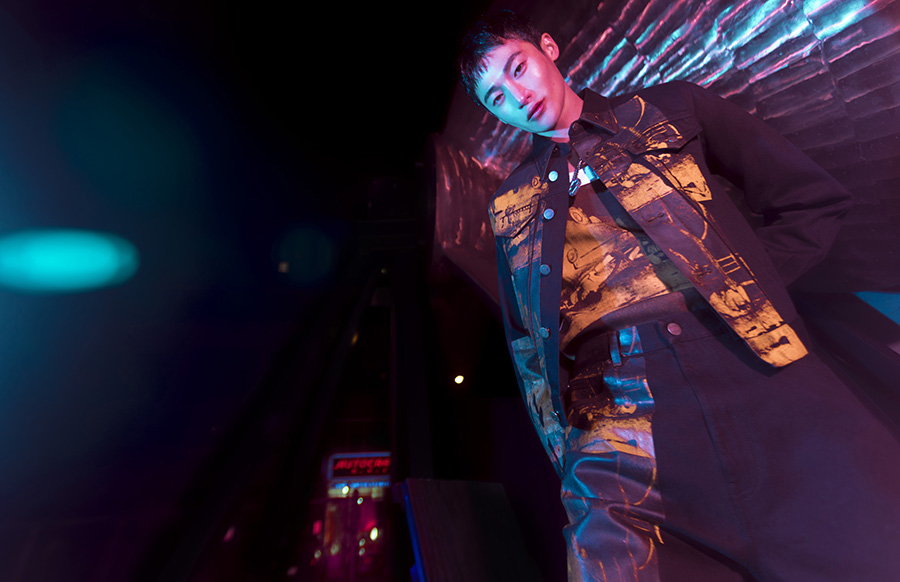 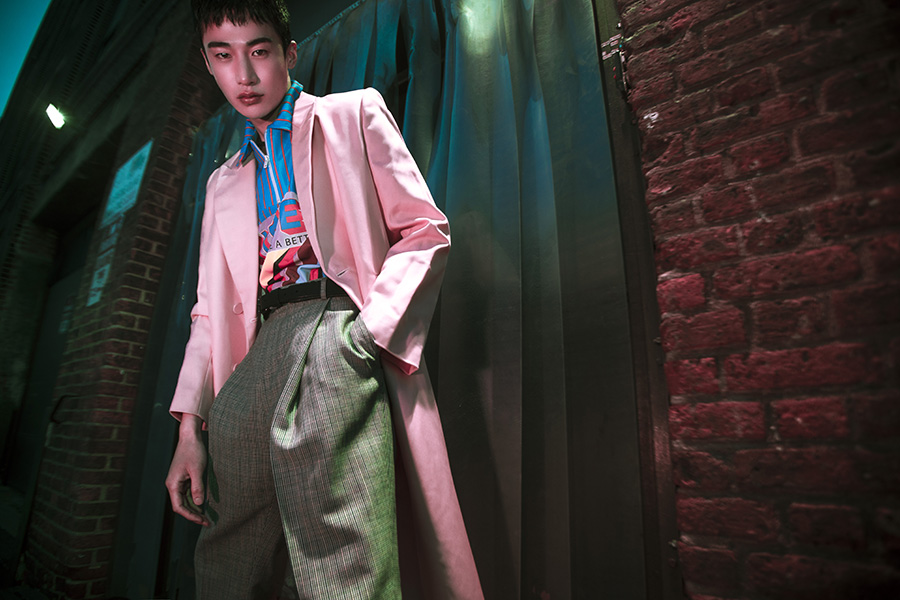 Coat by Helmut Lang, Shirt by Kenzo, Pants and Belt by Lanvin 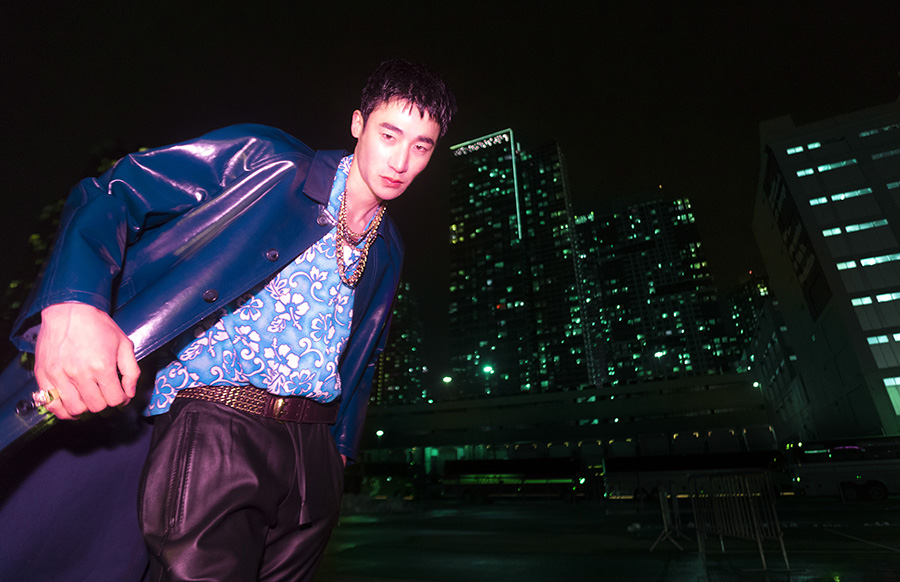 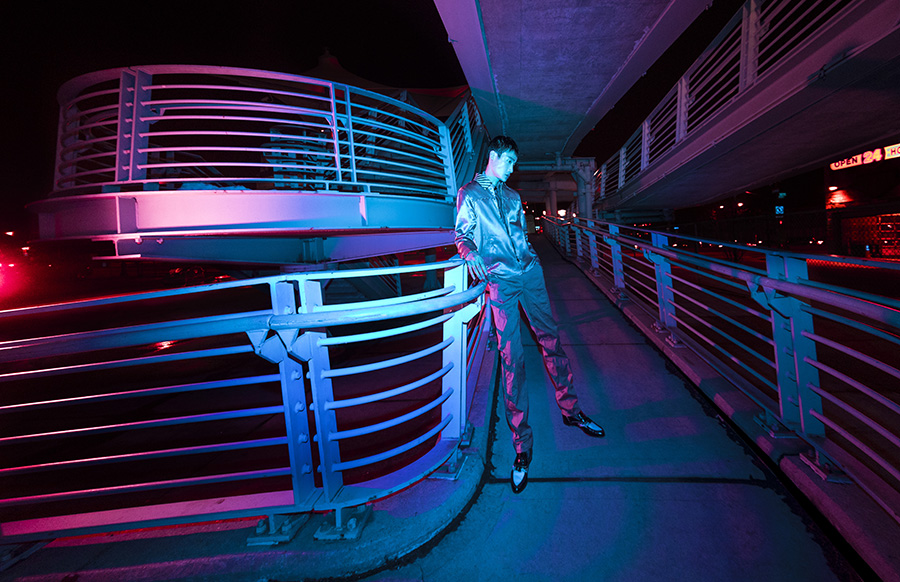 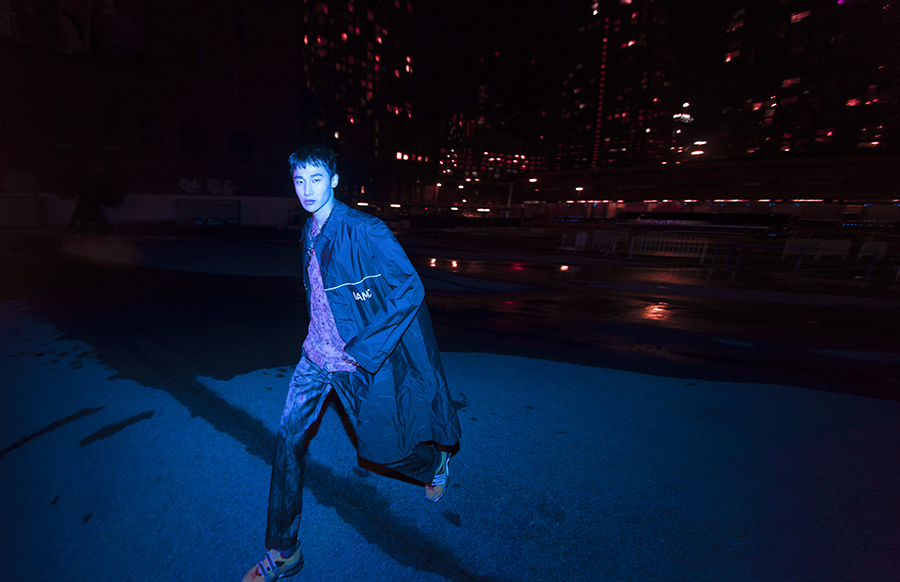 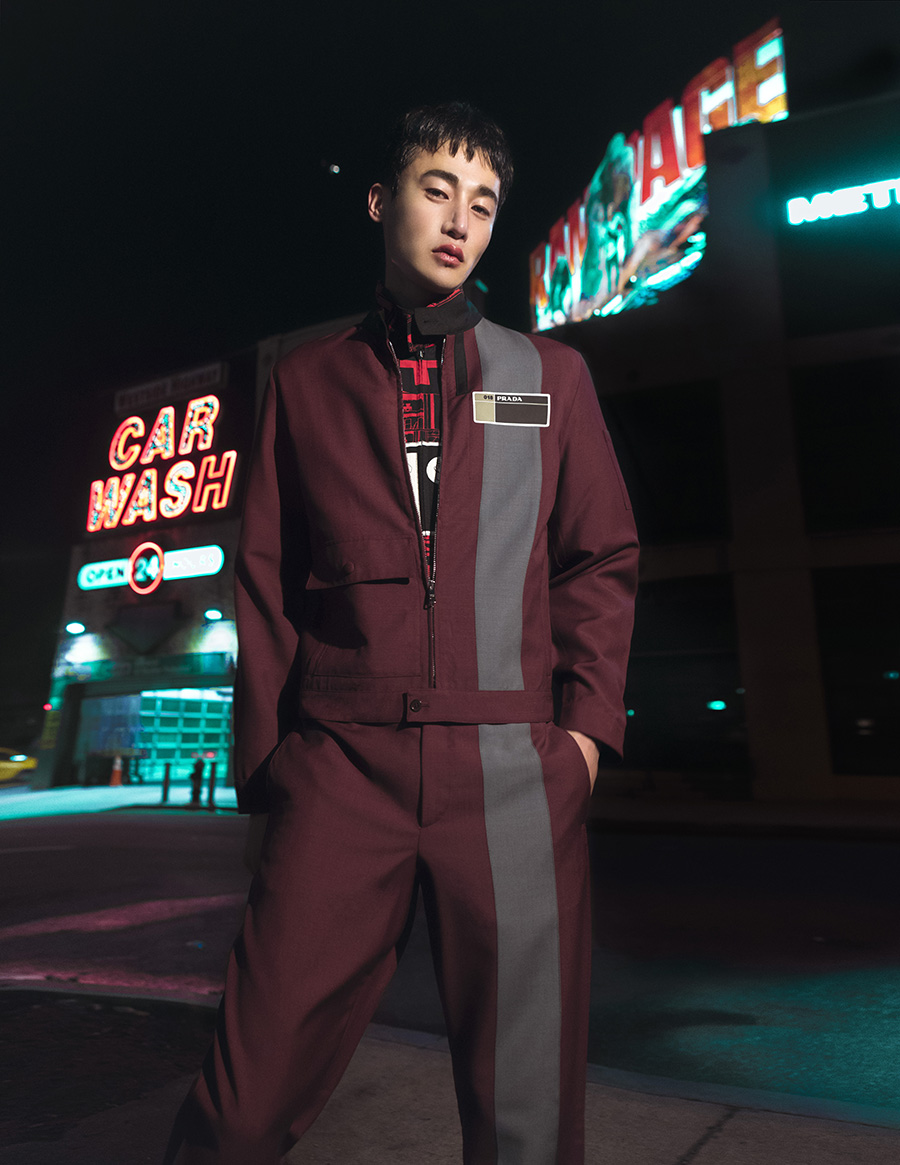 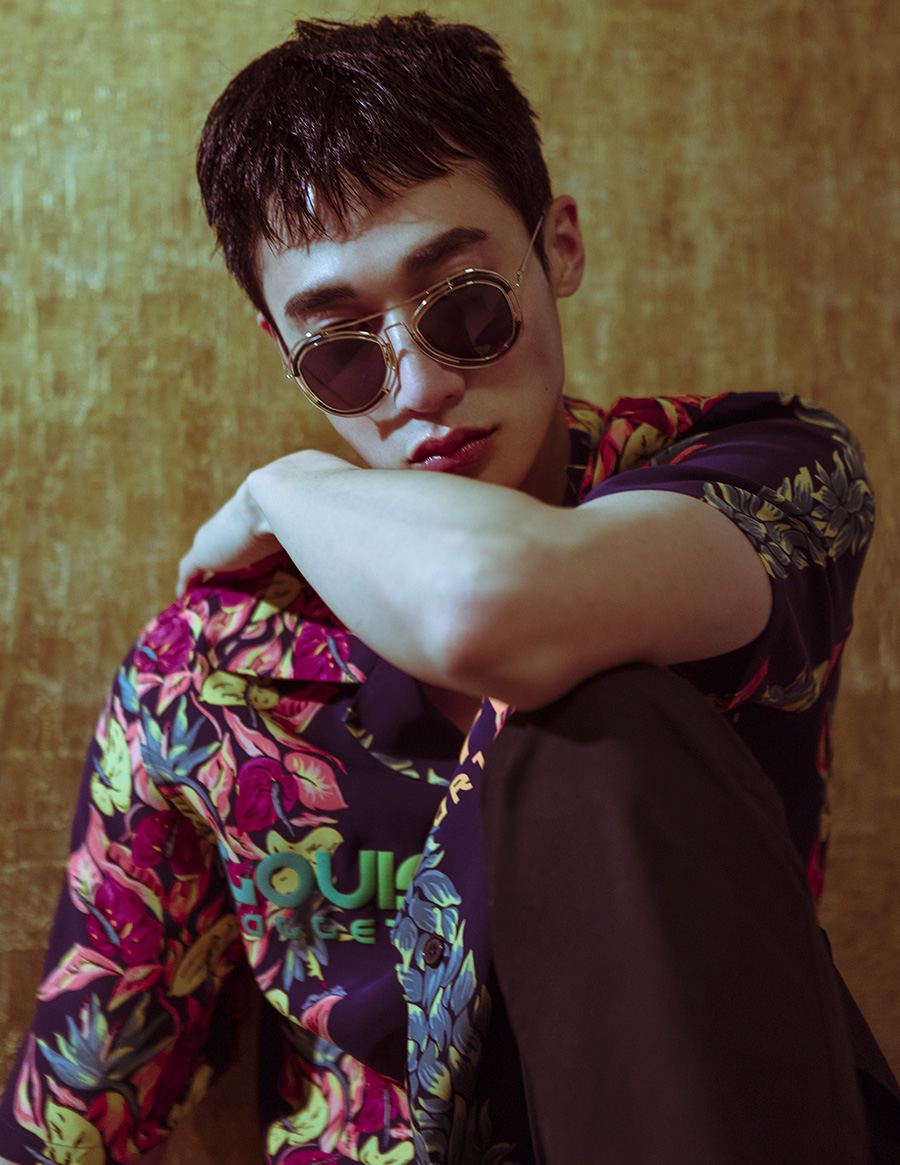 Costume Institute Benefit on May 7 with Co-Chairs Amal Clooney, Rihanna, Donatella Versace, and Anna Wintour, and Honorary Chairs Christine and Stephen A. Schwarzman

(New York, November 8, 2017)—The Metropolitan Museum of Art announced today that The Costume Institute’s spring 2018 exhibition will be Heavenly Bodies: Fashion and the Catholic Imagination, on view from May 10 through October 8, 2018 (preceded on May 7 by The Costume Institute Benefit). Presented at The Met Fifth Avenue in both the medieval galleries and the Anna Wintour Costume Center, the show will also occupy The Met Cloisters, creating a trio of distinct gallery locations. The thematic exhibition will feature a dialogue between fashion and masterworks of religious art in The Met collection to examine fashion’s ongoing engagement with the devotional practices and traditions of Catholicism. A group of papal robes and accessories from the Vatican will travel to the United States to serve as the cornerstone of the exhibition, highlighting the enduring influence of liturgical vestments on designers.

“The Catholic imagination is rooted in and sustained by artistic practice, and fashion’s embrace of sacred images, objects, and customs continues the ever-evolving relationship between art and religion,” said Daniel H. Weiss, President and CEO of The Met. “The Museum’s collection of religious art, in combination with the architecture of the medieval galleries and The Cloisters, provides the perfect context for these remarkable fashions.”

In celebration of the opening, the Museum’s Costume Institute Benefit, also known as The Met Gala, will take place on Monday, May 7, 2018. The evening’s co-chairs will be Amal Clooney, Rihanna, Donatella Versace, and Anna Wintour. Christine and Stephen A. Schwarzman will serve as Honorary Chairs. The event is The Costume Institute’s main source of annual funding for exhibitions, publications, acquisitions, and capital improvements.

“Fashion and religion have long been intertwined, mutually inspiring and informing one another,” said Andrew Bolton, Curator in Charge of The Costume Institute. “Although this relationship has been complex and sometimes contested, it has produced some of the most inventive and innovative creations in the history of fashion.”

Exhibition Overview
The exhibition will feature approximately 50 ecclesiastical masterworks from the Sistine Chapel sacristy, many of which have never been seen outside the Vatican. These will be on view in the Anna Wintour Costume Center galleries and will include papal vestments and accessories, such as rings and tiaras, from the 18th to the early 21st century, encompassing more than 15 papacies. The last time the Vatican sent a loan of this magnitude to The Met was in 1983, for The Vatican Collections exhibition, which is the Museum’s third most-visited show.

In addition, approximately 150 ensembles, primarily womenswear, from the early 20th century to the present will be shown in the medieval galleries and The Met Cloisters alongside religious art from The Met collection, providing an interpretative context for fashion’s engagement with Catholicism. The presentation situates these designs within the broader context of religious artistic production to analyze their connection to the historiography of material Christianity and their contribution to the perceptual construction of the Catholic imagination.

Diller Scofidio + Renfro (DS+R), the interdisciplinary architecture and design firm, will create the exhibition design with The Met’s Design Department. Raul Avila will produce the gala décor, which he has done since 2007.

Related Content
A publication by Andrew Bolton will accompany the exhibition and will include texts by authors David Morgan and David Tracy in addition to new photography by Katerina Jebb. It will be published by The Metropolitan Museum of Art and distributed by Yale University Press.

A special feature on the Museum’s website, www.metmuseum.org/HeavenlyBodies, provides further information about the exhibition.

The exhibition is made possible by Christine and Stephen A. Schwarzman, and Versace. Additional support is provided by Condé Nast.